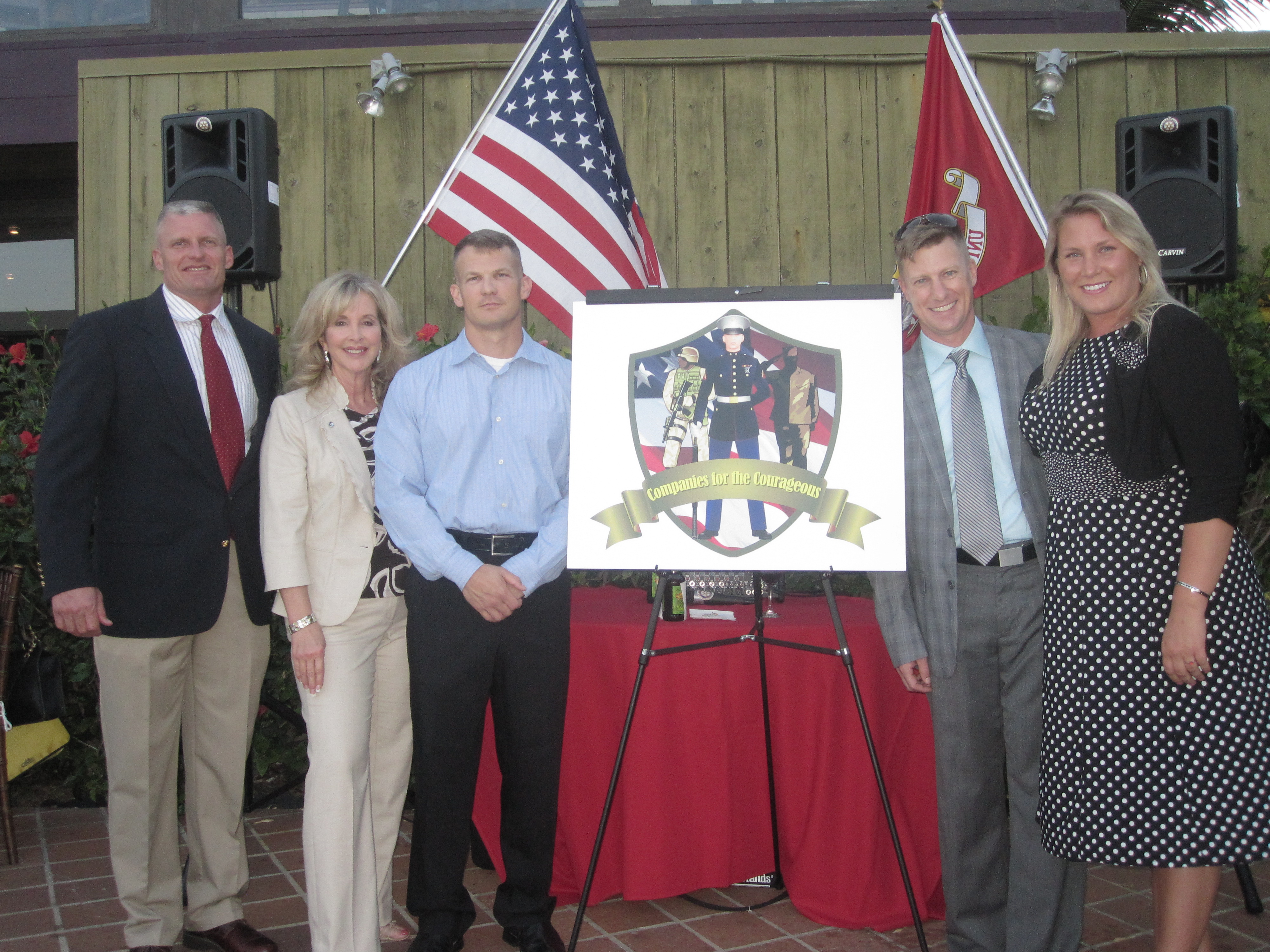 Returning From the Frontline

To help American troops acclimate into professional and civilian life, this week the Dana Point 5th Marine Regiment Support Group launched Companies for the Courageous, giving local businesses an opportunity to join their cause.

The mission of the group is to supplement existing programs by adding a guidance element for business leaders to mentor, train and hire Marines transitioning out of military life.

On April 23, about 100 people gathered on the terrace of Cannon’s Restaurant to learn about this opportunity to assist locally-based Marines. While enjoying appetizers, guests listened to three speakers.

The first was retired Marine Corps Col. Tom McKeown, who spoke about his rocky experience as a young Marine returning from Vietnam. Upon his return home, a “hippie” greeted him, shouted at him and then spit on him. As McKeown and his comrades searched for jobs, they were told not to wear their uniforms, because it could prompt fights.

McKeown said, his comrades had no support and no training, and he stressed his belief that this new group will help tremendously, because “it is tough to translate marching through the desert with getting a job.”

The second speaker, Col. Roger Turner, commander of the 5th Marine Regiment, applauded the concept of the newly formed group and spoke for fellow Marines in thanking the support group and city.

According to Turner, there are currently 7,000 Marines in Afghanistan, and a total of 55,000 troops from all branches of service still fighting there. Families are here alone and your support is crucial to them, he said.

Rounding out the trio of speakers was Army veteran Joshua Stone, currently a student at Orange Coast College. His message was that the same principles and values are important in all branches of the Armed Forces.

There is a standard of excellence for courage, and no double standard for character, he said. To succeed and become productive in the work place veterans used to depend on the GI Bill. Now there is a group at OCC, started by Stone, called the Veteran’s Resource Center.

With it, Stone said, he hopes it will help slow down the 80 percent dropout rate among returning military personnel and keep these young soldiers in school.

Julie Simer, chairman of Companies for the Courageous, spoke about the need to fill the void for those returning from battle. The group’s plan is to recognize the companies who participate with a logo sticker that will be recognized by the public frequenting their businesses.

“All levels of sponsors will be recognized on our website,” Simer said. “Sponsors at the platinum level will have the logo of their business on a flag standard, displayed at all the summer concerts in Dana Point.”

Terry Rifkin, president of the support group, introduced the Marines present, and asked all who had served in the military to stand and thanked them for their service. Everyone raised their glasses in a champagne toast to its success.

Bob Beaulieu, president of the 5th Marine advisory brigade spoke about how difficult it is to translate military experience into a resume. These returning soldiers need help from human resource departments as well as financial help. Beaulieu presented a $10,000 check from Pacific Western Bank and loud cheer rang out from above the Harbor.

For more information on how your business can lend its support and enjoy the benefits of becoming a sponsor, call 949.373.5375 or log on to www.danapoint5thmarines.com.