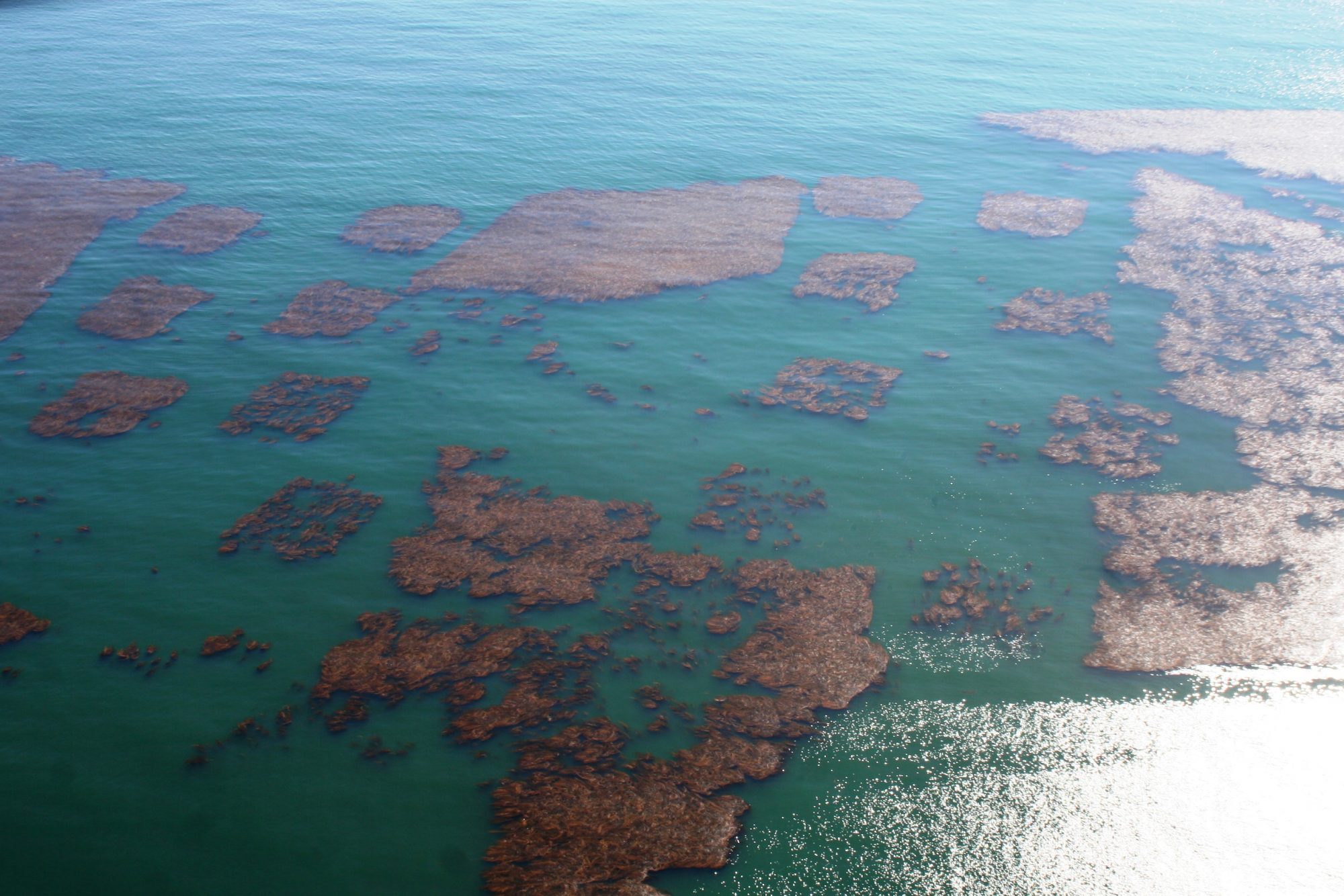 An artificial reef just off the coast of San Clemente is doing its part to combat the effects of the decommissioned San Onofre Nuclear Generating Station (SONGS), members of the plant’s Community Engagement Panel (CEP) recently learned.

At the CEP’s May 19 meeting, researchers with the University of California, Santa Barbara (UCSB) presented their latest findings, showing that Wheeler North Reef has met certain expectations to address the adverse marine effects associated with the operation of SONGS.

Along with the sister San Dieguito Wetlands project occurring near Del Mar, Wheeler North Reef is designed to facilitate kelp forests that were lost as a result of the seawater cooling system Southern California Edison had used for Units 2 and 3.

The creation of the artificial reef, which recently underwent an expansion project, was required by the California Coastal Commission (CCC), after years of research into the extent of the warm-water discharge’s effect on areas near San Onofre found impacts on adult and juvenile fish.

In turn, the reef is required to support 28 tons of fish and 150 acres of kelp forest annually, to compensate for the loss of kelp, kelp bed fish, algae, and invertebrates.

The team of scientists from UCSB is independently tasked with monitoring and oversight duties of both Wheeler North and the San Dieguito Wetlands, which is working to restore 150 acres of tidal wetlands as a nursery habitat

Each project is conditioned under the CCC to meet performance standards for 32 years—a number directly tied to the operational lifespan of Units 2 and 3.

“At 373 acres, Wheeler North Reef is the largest artificial rocky reef in the world,” said Jenny McGee, project manager of the expansion. “Wheeler is constructed of over 270,000 tons of quarry rock, it spans five miles of shoreline, and it provides habitat for kelp, fish, and marine life.”

Construction began in 1998 with an experimental phase closest to the shoreline with years of studying and monitoring, before a mitigation reef was added in 2008. Under necessity to meet performance standards, an expansion project occurred in 2019 and 2020, doubling its size.

McGee compared the kelp forest system to the “rainforest of the ocean.” She said the reef supports a diverse sea life, including sea urchins, fish, starfish, and scallops, and benefits local communities, as well as supporting biological resources.

“Being a longtime resident of Dana Point, this is near and dear to my heart, growing up there,” said McGee. “There’s opportunities for recreational fishing and commercial fishing as well that are expanded because of this project, and diving, too, if you like to dive.”

Beyond the reef, additional benefits are realized, as fragments of growing kelp break off and float into the ocean, often used for resting spots by animals.

The use of quarry rock for construction also guarantees the artificial reef won’t decompose, according to McGee. It will provide net benefits to the ecosystem for generations, or much longer than the outlined 32 years.

The performance criteria include relative and absolute standards, with the former evaluation taking place at both the reef and reference sites to learn whether the reef is performing similar to natural sites of the same type.

Monitoring is conducted annually, and credit is assigned based on whether both the standards are met.

For the relative standard, Wheeler North is compared with the San Mateo and Barn reefs that have historically supported adult giant kelp, are at a similar depth and are low-relief, and are located within the local region.

Based on standards such as food chain support, fish species richness and algal percentage cover, Wheeler North met nine of the 11 performance standards in 2021—two more than the lowest-performance reference site, San Mateo, and one fewer than Barn.

“Over the last 10 years, Wheeler North has consistently met as many or more of the relative performance standards as the lowest-performing reference reef, which indicates that Wheeler North Reef is performing similar to natural reefs in the region,” Beheshti said.

Despite meeting such standards, the reef is not on track to meet the mitigation goal. There was an eight-year stretch from 2009 to 2016 in which Wheeler North did not provide enough fish standing stock, failing to meet all of the standards necessary to earn a mitigation credit.

The UCSB scientists learned through monitoring data that the reef was too small to produce the 28 tons of stock necessary, and the CCC required SCE to add 210 acres of low-relief reef in 2016.

Last year was the first that Wheeler North reached its 28-ton design target.

Given the fluctuating nature of supplying enough kelp acreage and fish standing stock, the CCC revised its method to measure each factor yearly and sum them over time until they reach a cumulative total equal to the annual target multiplied by 32 years.