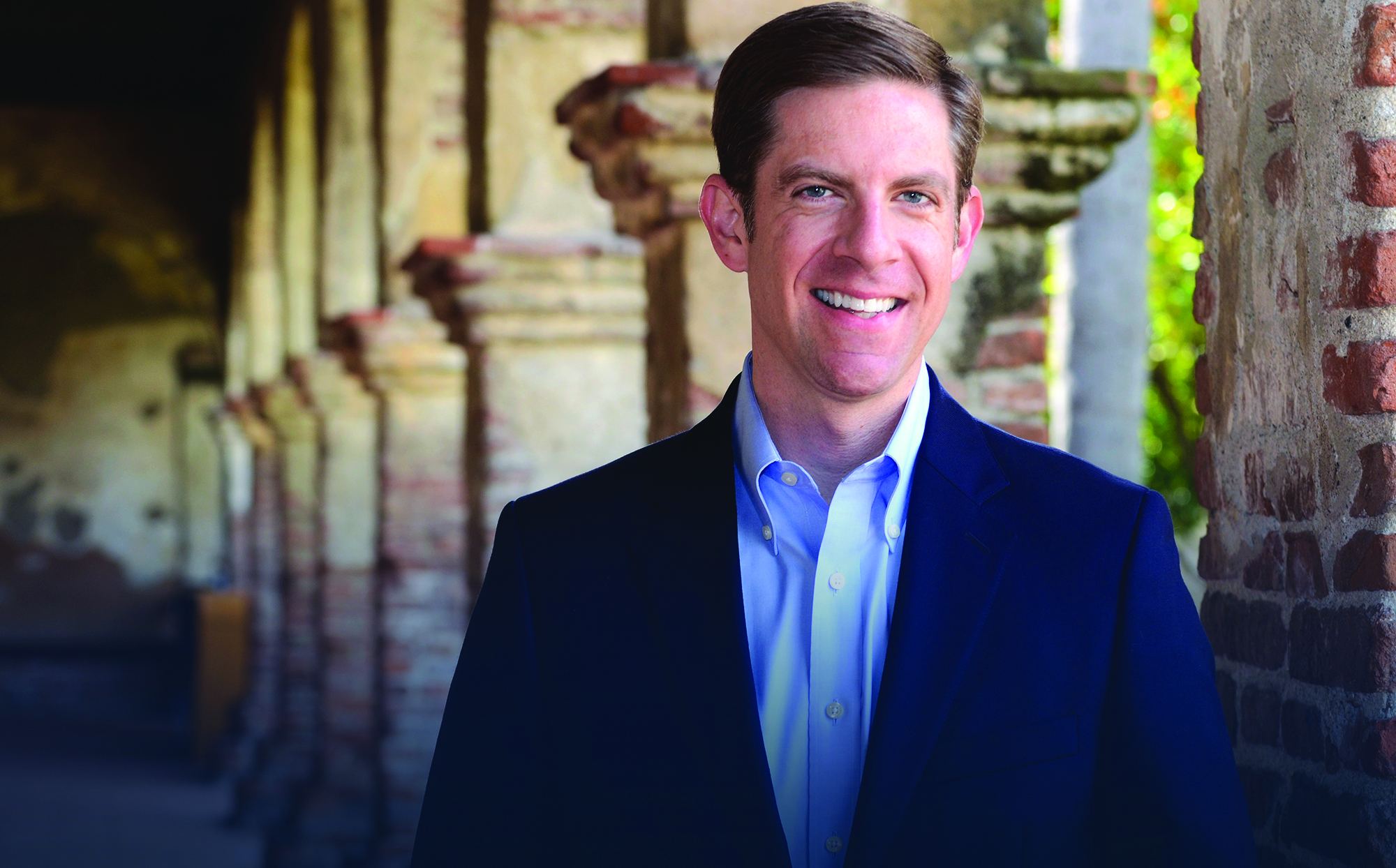 Rep. Levin Named as Next Guest for Coffee Chat

U.S. Rep. Mike Levin will be the next guest speaker for Dana Point Civic Association’s coffee chat event on Friday, Aug. 27, at 8:30 a.m. via Zoom.

Levin, a Democrat whose district includes South Orange County and North San Diego County, secured the funding for several projects in the bill that was recently approved by an appropriations subcommittee.

If the bill is approved by the full appropriations committee and passes both the House and Senate chambers, the U.S. Army Corps of Engineers would receive more than $9.3 million to begin construction on the San Clemente Shoreline Protection project.

Another $1.87 million would also go to the city of Dana Point for its Doheny Village Connectivity Improvement Project, which looks to add bicycle and pedestrian amenities, such as sidewalks, lighting, bike lanes and landscaping, to enhance the safety of the roadways, Levin’s office explained.

More funding would also go to other cities, including Oceanside, where its police department could purchase vehicle cameras and the Oceanside Museum of Art could provide literacy programs for underserved children.

Levin’s office noted that the inclusion of the funding in the appropriations subcommittee-approved bills is the first step in the funding process, as the bill must also be considered on the House floor before undergoing negotiations with the Senate.

“All of these projects will strengthen communities in our district, and I will continue to fight for this funding throughout the appropriations process,” Levin said. “My top focus is delivering results on our local priorities, and I’m proud to secure this much-needed funding that will address some of the challenges facing North County San Diego and South Orange County,” Levin said in the announcement.

The bill also provides funding for job training, education, and veterans’ health care benefits for families in the 49th District. The bill increases funding for Workforce Innovation and Opportunity Act (WIOA) Adult and Youth State Grants, which can provide job training for 116,000 eligible youth and adults in the district. It also provides a 118 percent increase in Title I education funds, which benefits an estimated 44,000 children in the district.

The bill additionally funds an 8% increase in funding for the Veterans Health Administration (VHA), which provides health care services for 15,000 veterans in the District.

Last month, Levin and U.S. Rep. Rodney Davis (R-IL) announced the formation of their Spent Nuclear Fuel Solutions Caucus, a bipartisan group of House members who will drive progress on the safe storage, transportation, and disposal of spent nuclear fuel across the country.

With the 49th District including the San Onofre Nuclear Generating Station (SONGS), Levin has named nuclear waste storage solutions as one of his priorities while in office.

Including SONGS, there are approximately 80 locations in 34 states across the country where spent nuclear fuel is stored after it is removed from a commercial nuclear reactor. Additionally, 25 of these sites are co-located with nuclear power plants that are no longer in use, some of which have even been completely dismantled.

“The current system of spent nuclear fuel storage is not sustainable, particularly for sites that no longer have operating reactors and could be redeveloped for other beneficial uses,” Levin said during a media briefing. “It is also a violation of the promise, codified decades ago, that the federal government would take title to the waste in return for ratepayers’ contributions to the Nuclear Waste Fund.”

Levin added that the caucus seeks to address the challenges associated with stranded commercial spent fuel across the country.

“It is a forum for members who care about solving all commercial spent fuel issues, where members can come together to make progress regardless of whether or not they have a preferred solution,” Levin said.

In January 2019, Levin assembled a task force with the goal of driving solutions to move and safely store sensitive waste located at SONGS. About 17 months later, the task force’s report of findings and recommendations was announced.

The task force—co-chaired by Len Hering, a retired rear admiral who served in the U.S. Navy for 30 years, and Gregory Jaczko, former chairman of the Nuclear Regulatory Commission—comprises 33 community members, councilmembers from neighboring cities, activists and scientific experts

While largely focusing on the safe storage of nuclear waste, the report lays outs a litany of federal and state policy recommendations to address many of the issues that the task force raised related to SONGS and U.S. nuclear power plants in general.

One of the report’s recommendations was for Levin’s office to work to create a congressional spent nuclear fuel caucus to discuss storage, disposal and transportation issues.

“It is my great hope that this Spent Nuclear Fuel Solutions Caucus will serve as a foundation and conversational starting point for other members, like myself, who care deeply about solving commercial spent fuel issues on behalf of our constituents, the nation, and our planet,” said Levin. “I am optimistic that with support from this caucus, we can make strides in finally getting the waste at San Onofre, an issue that has plagued my district for years, off our coast as quickly and safely as possible.”

Upon discussing the planned subjects, Levin will answer questions from audience members at the end of the coffee chat.  Audience members are encouraged to send questions to DPtCivic@gmail.com for potential inclusion in the Q&A section.

While the Civic Association hoped to return to in-person coffee chat events in September, it is unclear when they will transition out of virtual discussions at this time.

On the Civic Association’s calendar for future coffee chats is an update on surfing in the Olympics and updates on the Town Center project in Dana Point. On Friday, September 17, Andrea Swayne, the chief operating officer of USA Surfing, will discuss the results of the surfing events at the Tokyo Olympics. On Friday, October 15, Jason Check, the managing director for Raintree Partners, will provide an update on the Town Center Project, including retail tenants for the first-floor spaces.

The Zoom link can be sent to interested readers by emailing DPtCivic@gmail.com.