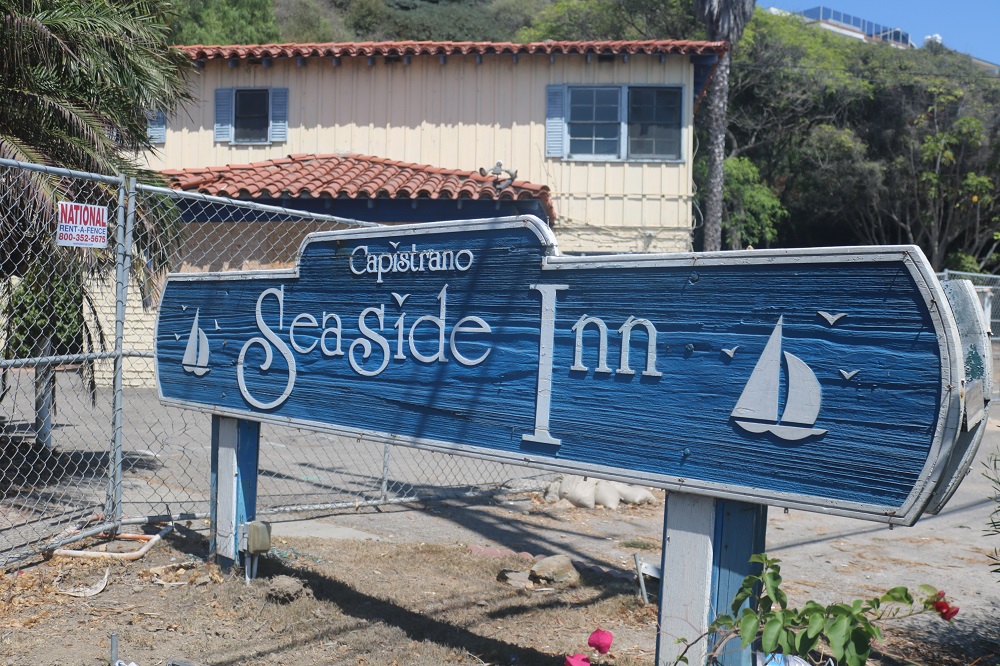 Dana Point City Staff have confirmed that preliminary preperation and demolition work could begin as early as this week, Friday, Aug. 10, on the Capistrano Seaside Inn.

In April of 2018, Mark Adams of the California Receivership Group (CLR) was appointed to take possession and control over the landmark hotel. According to court documents, the Sunshine Group, LLC, who owns the property, has failed to comply with notices and orders to repair the property.

Upon finalization of a reconstruction, Sunshine Group, LLC will have the ability to purchase the property and inherit development costs, in order to maintain ownership. If they choose not to do so, CLR may sell the property to a new owner on an open-market.

The property was constructed around 1930 with some office space and 28 motel rooms. It was noted as one of the last remaining roadside motels in Dana Point, which helped shaped California car culture.

Previously, the property qualified as a “low cost affordable accommodation,” due to the proximity to the beach and the low average daily rates ($120-$150) and smaller room sizes.

Matt Schneide is the acting Community development director at the City of Dana Point said that Adams and CLR were specifically chosen for this job due to past experience renovating historic hotels.

Schneider said that initially, demolition and construction will not be highly visible to the public as preliminary safety checks and subterranean valve shut-off ensues. As of print deadline, development plans were unavailable. Stay tuned to this story on www.danapointtimes.com for updates.