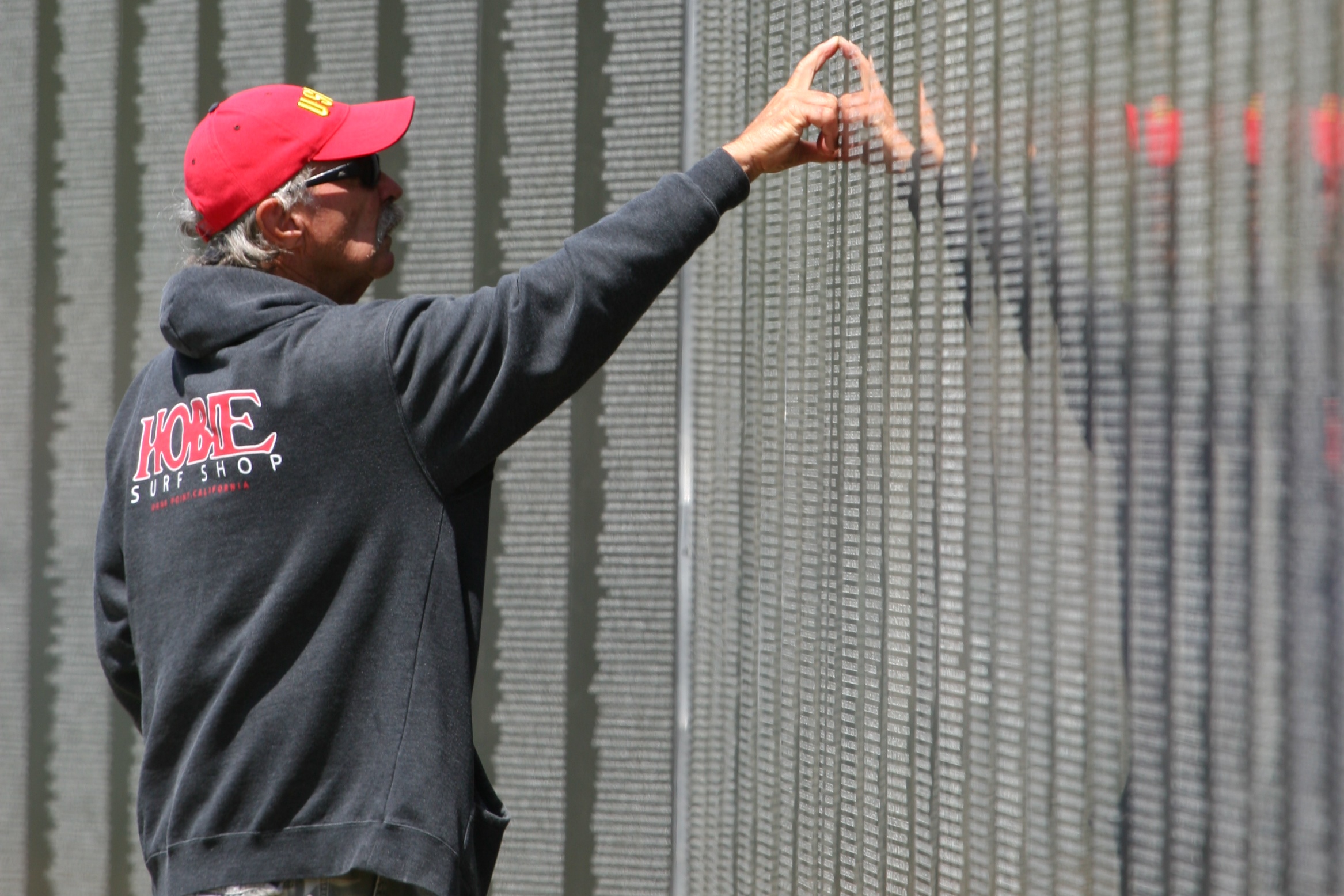 A young soldier arrives at Newark Airport. With a change of clothes, his uniform goes into the trash. It’s 1969. Returning home after 18 months in the jungles of Southeast Asia, he stops at an area bar. It’s too hard to walk the few blocks home.

Twenty-seven young men from the New Jersey town of Bayonne, situated just southwest of New York City, didn’t make it home. Bob Fowler grew up with them. They went to grammar school together, got in trouble in high school together and volunteered to serve their country together.

But as Fowler came home from Vietnam, his longtime friends and combat comrades didn’t. Survivor’s guilt is something he knows well—he’s battled with it for years.

Members of Dana Point’s Veterans of Foreign Wars Post 9934 represent the nation’s servicemen and women dating back to the beginning of modern warfare. Living members served in World War II and each of America’s wars since. They’ve dedicated their lives to service, to remembering those who have gone before while not forgetting those who are still to come.

For Fowler, who for years tried to forget his service, it’s therapy for the wounds, both mental and physical, that he sustained. It’s a sentiment echoed by his foreign war comrades.

“It’s a powerful thing,” said post commander Maurice Hansen, an 83-year-old Korean War veteran, who didn’t start reaching out for help until 10 years ago, some 50 years after the war. “How come I made it home and he didn’t … That’s the biggest guilt trip.”

It’s their survival, and commitment to service, that fuels their passion and work.

“How come I made it home and he didn’t … That’s the biggest guilt trip.”—Maurice Hansen

Through their own experiences navigating Veterans Affairs channels, post members have become experts in helping others, including their families, receive the services they are due. Members also sponsor barbecues for active service members, donate diapers to budding families and salute their fallen comrades. They are military personnel advocates, helping to right wrongs and shortcomings of the past.

Next week, they will welcome a traveling Vietnam memorial to commemorate the more than 58,000 men and women who served, fought and died in the Vietnam War.

The memorial, an 80 percent-scale replica of the Vietnam Veterans Memorial in Washington D.C., will be on display at Dana Point’s Sea Terrace Park from Wednesday through Sunday.

A parade down Pacific Coast Highway at 3 p.m. Wednesday will be led by hundreds of riders on the backs of motorcycles.

Over the next days, area leaders and military personnel will honor those fallen in conflicts since the Civil War. Walls from each war since, bearing the names of those who paid the ultimate sacrifice, will also be on display. Volunteers will man the displays throughout the day and night, providing security along with support for visitors who are welcome 24 hours a day.

Hansen and Fowler hope the memorial, which was also on display three years ago, will help military members, families and visitors find closure.

“We would never talk to each other about Vietnam,” Fowler said.

Now, the post hopes to facilitate discussions about what can be done to remember the dead and honor their and other’s service, while continuing to assist the surviving population of troops. With the memorial, hopefully they said, younger generations will learn the cost of freedom.

“You can get the full history of America,” Hansen said of the memorial display. “This is the best lesson you can get.”

Ceremonies will be held each day at noon where visitors are encouraged to share their memories. Volunteers will help visitors locate names, from 9 a.m. to 9 p.m., on the Vietnam memorial and a rifle squad and a playing of “Taps” will close each day at 7 p.m.

Access to the memorial walls will be available 24 hours a day.

Free parking is available at the Salt Creek Beach lot. The city of Dana Point, who is co-sponsoring the exhibit, will have golf carts and wheelchairs available to help transport those in need from the parking lot.

On Saturday, the city will recognize local fire and police officials and the Dana Point 5th Marine Regiment Support Group will host the opening ceremonies on Sunday with Col. Jason Bohm, commander of the 5th Marine Regiment, speaking.

For more on the memorial wall and for donation information, visit www.vfwpost9934.org.