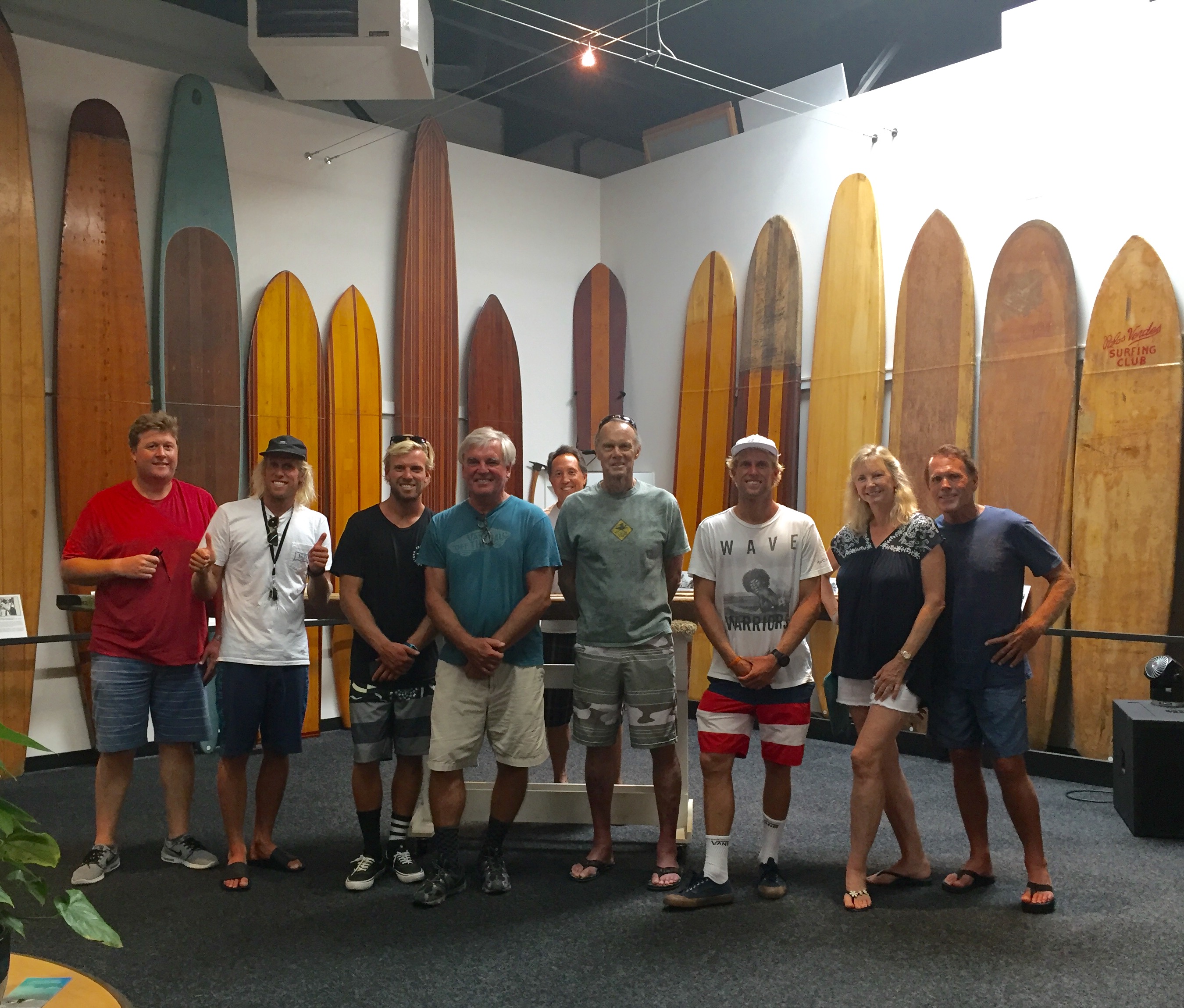 In 1973, Bob Nealy altered the trajectory of wave riding. After struggling with the earliest incarnations of the surf leash, which at the time involved a suction cup on the board’s nose, a piece of rubber surgical tubing and a leather wrist strap, Nealy diligently worked toward improving the crude tether. The placement of the leash went from tip to tail, and using the Velcro straps from his old Air Force life preserver and a longer length of urethane cord (so the board wouldn’t violently snap back), Nealy invented the first modern, professionally engineered surf leash. Shortly thereafter, he founded Surfmore and never had to worry about wearing shoes to work again.

Sadly, on Sept. 1, Nealy lost a long and exhaustive battle with lymphoma. His grace and class will be greatly missed throughout the San Clemente community, where he spent most of his life. He leaves his wife, Sara, and daughter behind.

“Nealy was a pioneer in the surf accessory business,” remembered surfing’s first world champion, Peter “PT” Townend. “I rode for Surfmore leashes in my heyday, appearing in their ads, and Bob was a genuine individual. I was always proud to represent him and the company.”

A pioneer in the industry and lifelong Cotton’s Point and San Onofre local, there was considerably more to Nealy’s act than just spending long days at the beach. In 1959, he began playing water polo at Newport Harbor High School, which eventually led him to a collegiate career at Orange Coast College and then UC Irvine. Blending his passion for the pool and the surf, Nealy started teaching at San Clemente High School in the early ’70s and later at Capo Valley. Never giving up on his passion for water polo, he’d periodically drop by the high schools’ practices and get in the pool with the aspiring young athletes.

“He would get in and play with us and helped out a lot,” recalled Mitch Kahn, who was a student of Nealy’s in the late ’70s and then later went on to represent the United States as a kayaker in the 1992 Olympic Games. “You know, when you’re young, you look at somebody as being a lot older than you, but for the past 15 years or more, we were just really good friends.”

Eventually retiring from the Capistrano Unified School District in 1998, Nealy kept surfing and got back into playing masters water polo.

In 2011, Nealy received the Bryan Weaver Male Master of the Year Award from United States Water Polo (USWP) for his involvement with masters water polo. He was also inducted into the UC Irvine Hall of Fame for swimming and water polo.

“He cites water polo in giving him a psychological advantage in battling his illness, still being able to do what he loves—play water polo,” noted USWP when honoring Nealy.

“He was a humble man that carried himself with a lot of dignity,” said Kahn, who lived alongside Nealy in the Cypress Shores neighborhood. “I’d see him walking, and no matter how bad things got, he was always positive. He’d say how satisfied he was and what a full life he lived. I don’t know if there are many men that can face what he did with such dignity.”

At the end of August, Nealy made a trip down to La Jolla for the annual Luau and Legends of Surfing Invitational, which benefits UCSD’s Moores Cancer Center. Even in his weakened state, he managed to find the energy to speak at the podium and share a positive message.

“It was nothing short of inspiring,” said Jim Kempton, a friend and the former editor of Surfer Magazine. “I don’t think anybody but his really close friends knew how serious things were, but that’s not what he talked about. He shared a message of positivity and leadership that I will never forget. He wasn’t the kind of guy that liked to talk much about himself, but he was incredibly intelligent and had a wonderful, quick wit.”

Nealy was a big supporter of the Surfing Heritage and Cultural Center (SHACC), located in San Clemente. In the early days of his leash business, it was SHACC-founder Dick Metz, who at the time was running the Hobie surf shop, that placed one of the first orders for Nealy’s Surfmore leashes. The relationship between the two men remained strong, and when it was Nealy’s turn to pay it forward, he did exactly that.

“He was a long-term supporter of SHACC,” said Barry Haun, the foundation’s curator and creative director. “Surfmore XM provided us with leashes to use as membership incentives, plus he gave us leash material for displaying all the surfboards in our showroom. He was always the nicest guy.”

Through it all, Nealy never lost his passion for the water and helping those in his community. With the success of his surf business, he probably didn’t have to keep teaching, but true to who he was, he spent over 30 years giving the youth of San Clemente and Capo Beach a brighter future, and at the end of the day, there really is no better legacy than that.