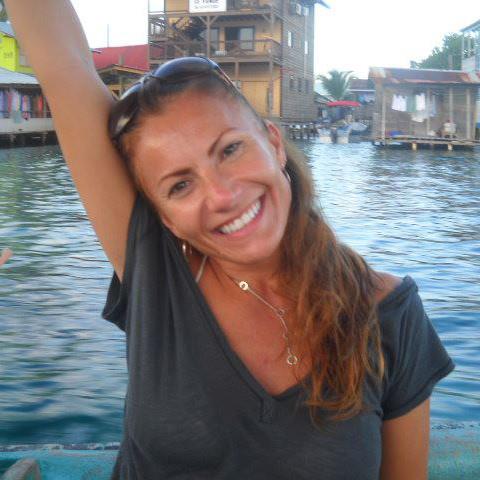 Human remains found on a Panama island Tuesday have sparked questions pertaining to the 2011 disappearance of a former-Dana Point woman, though federal authorities have cautioned jumping to conclusions before the investigation is complete.

According to a report, Panamanian authorities speculate the remains belong to Yvonne Baldelli, 41, who moved to the country in September 2011. The discovery of human remains on Isla Carenero, off the northern coast of Panama, was first reported on Tuesday, August 20 by Panama-guide.com, an English language website covering the South American nation.

Officials with the U.S. Federal Bureau of Investigations were informed of the discovery the same day, authorities said. The FBI has been involved in the case for nearly two years. Baldelli was last seen in November 2011 and was later reported missing by family members.

“We do not know if these are the remains of Yvonne Baldelli,” said FBI Special Agent Darrell Foxworth, from the bureau’s San Diego division. “We do not want speculation and innuendos get ahead of the facts in this case.”

Brimager, 37, returned to California shortly after Baldelli’s disappearance and married another woman. He was indicted by a federal grand jury and arrested without incident at his home in Vista on June 27, an FBI press release said.

He is currently in federal custody at the Metropolitan Corrections Center in San Diego, according to the Federal Bureau of Prisons. Brimager is charged with 10 counts of obstruction of justice—each carrying a maximum sentence of 20 years in prison—and one count of making false statements to a federal officer.

Although the indictment alleges Brimager killed Baldelli and attempted to cover up his crime, the U.S. Attorney’s Office prosecuting the case has not charged him with murder.

In September 2011, Baldelli and Brimager, a former U.S. Marine, relocated from Southern California to the Bocas Del Toro region in Panama, a mainland and island cluster off the country’s northeastern coast. According to the indictment, the couple moved into a five-unit hostel on Isla Carenero—where the remains were found—and became friends with the owner. Baldelli was last seen leaving a steakhouse on the night of November 26, 2011, with Brimager, the indictment said.

The indictment claims Brimager engaged in a cover up to explain Baldelli’s whereabouts, including withdrawing money from her bank account and sending emails from her personal account to family and friends. Federal prosecutors allege that Brimager disposed of evidence and Baldelli’s personal belongings before traveling to Costa Rica and withdrawing money from Baldelli’s account to make it appear she was alive in San Jose.

Brimager is charged with making false statements to the FBI during an interview in March 2012.

Foxworth confirmed that human remains, including a skull, were found inside a bag on the island where Baldelli was last seen, but would not comment on whether or not the FBI believed the remains are hers. He said two FBI agents cover that region, and are in touch with Panamanian law enforcement and government officials regularly. It was through those channels that federal authorities in San Diego were notified.

Authorities in Panama are currently working to identify the human remains, Foxworth said, but authorities do not yet know if the remains belong to a male or female. He said based on the evidence available, officials in Panama would determine the best course necessary to determine the identity of the person found.

“We have a strong interest in the results and we will be following up with them (Panamanian authorities) on the results,” Foxworth said. There is no set timeframe for how long identification tests could take, but Foxworth said the FBI’s expertise and resources will be available to the foreign conducting agency.