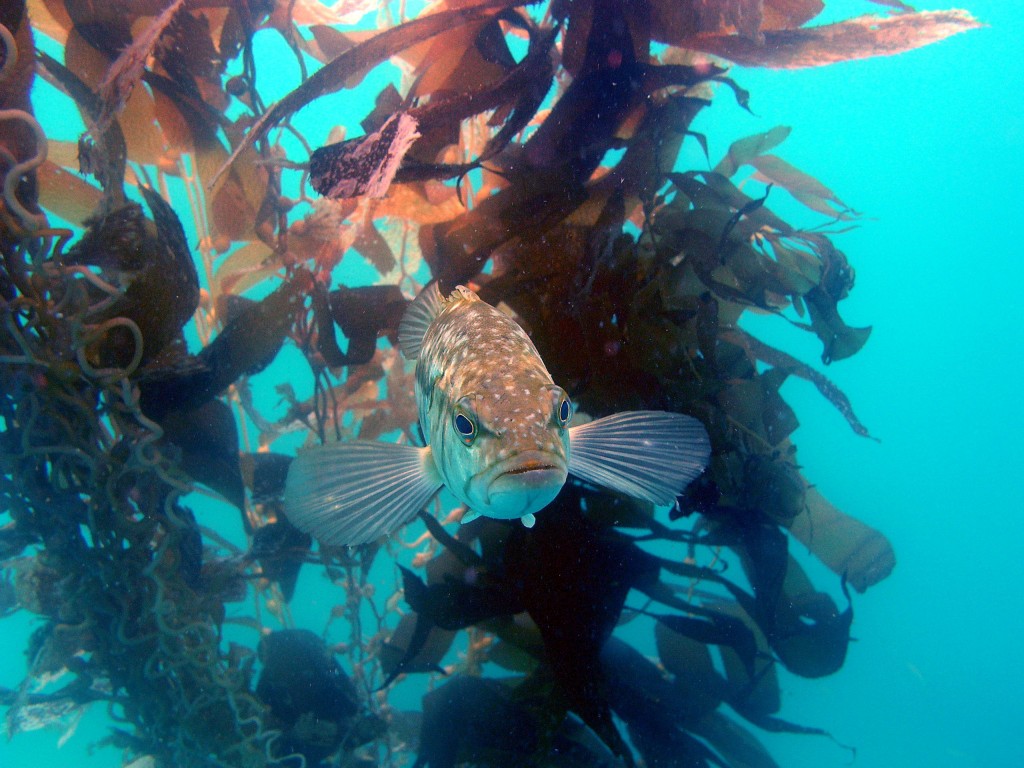 A Reef Among Us: Construction for Artificial Wheeler North Reef Scheduled to Expand

Wheeler North Reef currently stretches from out past the end of the San Clemente Pier south to Seal Rock. The expansion would increase to 384 acres, stretching north into Dana Point waters. The reef is intended to facilitate kelp forests that were lost to warm-water discharge used by San Onofre Nuclear Generating Station (SONGS), as ocean water was used to cool its reactors.

The California Coastal Commission issued the original SONGS Units 2 and 3 coastal development permits in 1974. The permit provided two conditions: one, the establishment of  a three-member independent Marine Review Committee (MRC) to evaluate the impact of Units 2 and 3 on the marine environment; and two,, the authorization for CCC to direct SCE to meet requirements to address any adverse impacts to the marine environment identified by the MRC.

In 1989, the Coast Commission found SONGS’ cooling water system had impacted fish, eggs, larvae and the San Onofre Kelp Bed. This has been a contentious project for local stakeholders, as the reef has been described as disruptive to the natural environment currently in the area.

On July 16, 1991, the CCC amended the coastal development permits to add marine mitigation requirements. The changes required SCE to develop a wetland restoration project to mitigate fish losses, install fish behavioral devices to reduce fish mortality in the cooling water intake system and construct an artificial kelp reef to mitigate impacts on the San Onofre Kelp Reef. In 1994, the CCC added a fourth amendment, requiring SCE to fund a fish hatchery program to be developed by a CCC-appointed entity—which SCE says it completed that year. SCE completed the fish behavioral barrier devices in 2000.

Although SONGS 2 and 3 are now being decommissioned, SCE is still obligated to meet the CDP requirements for monitoring, managing and remediating the wetlands restoration as determined by the CCC. The CCC required that it study and improve in-plant fish return and create 150 acres of tidal wetland, both have which been completed. SONGS is also required by CCC to create an additional 150 acres of kelp reef, which produces 28 tons of fish; that is now the next step for SCE.

Ken Nielsen is a local career commercial fisherman and marine consultant. He says that he’s worked with environmental groups, biologists and consultants who have criticized the reef project.

“Part of my business is taking scientists out to do ocean monitoring. A lot of these people think it’s baloney, too,” Nielsen said. “It’s going to cost millions to monitor (the reef) and meet the ridiculous requirements of the Coastal Commission.”

Nielsen says he would take Dr. Wheeler North, the reef’s esteemed namesake and pioneer of kelp reef studies, out on the water. Dana Point Times columnist Fred Swegles wrote in the April 26 issue about Wheeler’s opposition to the reef.

“The first San Onofre reactor went into operation in 1983 in the middle of a horrendous El Niño,” North said in a 1998 interview. “The kelp beds all up and down the coast were suffering. And the El Niño didn’t abate here until December of ’84. So the kelp bed was in poor condition.”

North said a kelp reef being monitored four miles to the south went extinct during the El Niño, too far away to blame on the power plant. The study didn’t consider that, he said. North said the Coastal Commission’s study concluded that San Onofre’s kelp reef would have been 60% bigger than it actually was, if SONGS Units 2 and 3 hadn’t been operating.

“We understand there were some differences in scientific opinion among research professionals,” said John Dobken, SONGS Public Information Officer. “However, Southern California Edison remains committed to this environmentally friendly project, which will provide lasting benefits to the local marine ecosystem.”

SCE forecasts the expansion to cost approximately $33 million—nearly $27 million of that figure comes from the cost of the amount of rock needed to cover the area.

After the first season of construction wraps up in September, the second season will resume May-September 2020 in order to avoid impacts to lobster fishing season.

Marine construction will consist of placement of quarry rock from the derrick barge with a floating crane mounted on top of the barge. The derrick barges will be stationed over modules of reef that will be constructed. The rock will be pushed into the water using a bulldozer.

“Construction of modules will take variable amounts of time depending on the size of the module,” said McGee.

There will be two transport vessels transporting rock from three quarries to supply the rock being used for reef construction. Those quarries are from Catalina Island and Ensenada, Mexico. Transport vessels will be coming from Catalina, Long Beach and Mexico. Reef material includes metavolcanic and granitic boulders. McGee added that the project will not have any impact on recreational fishing or boating activities and that the boater notices were issued for boater safety and awareness.

“We don’t want boaters to cross the tug and tow lines,” McGee said. “There is a line between the tugboat and barge. You might not see it, so it’s important not go in between. We also urge boaters to keep a safe distance from the derrick barge stationed over the project site.”

When asked if construction would hurt business for Dana Wharf Sportfishing & Whale Watching, Captain Brian Woolley says he doesn’t expect too much of an impact.

“Fortunately we have other areas (commercial fishing vessels) can go to,” Woolley said. “I do think Edison could have been more proactive in letting people know about this project. I’m sure they met the legal requirements, but I’m betting people are going to see these barges and not know what the heck is going on.”

Woolley has attended meetings for the Wheeler North Reef expansion and has followed its progress. He added that he understood the need for Edison to mitigate the effects on the coastal environment, but he believes the agency is “missing the point” in restocking fish populations.

“I think they’ll have a hard time meeting that threshold,” Woolley said. “It’s a bummer that rather than build what the Coastal Commission ultimately required of them in one session, it’s been split up and extended out, costing ratepayers more money.”