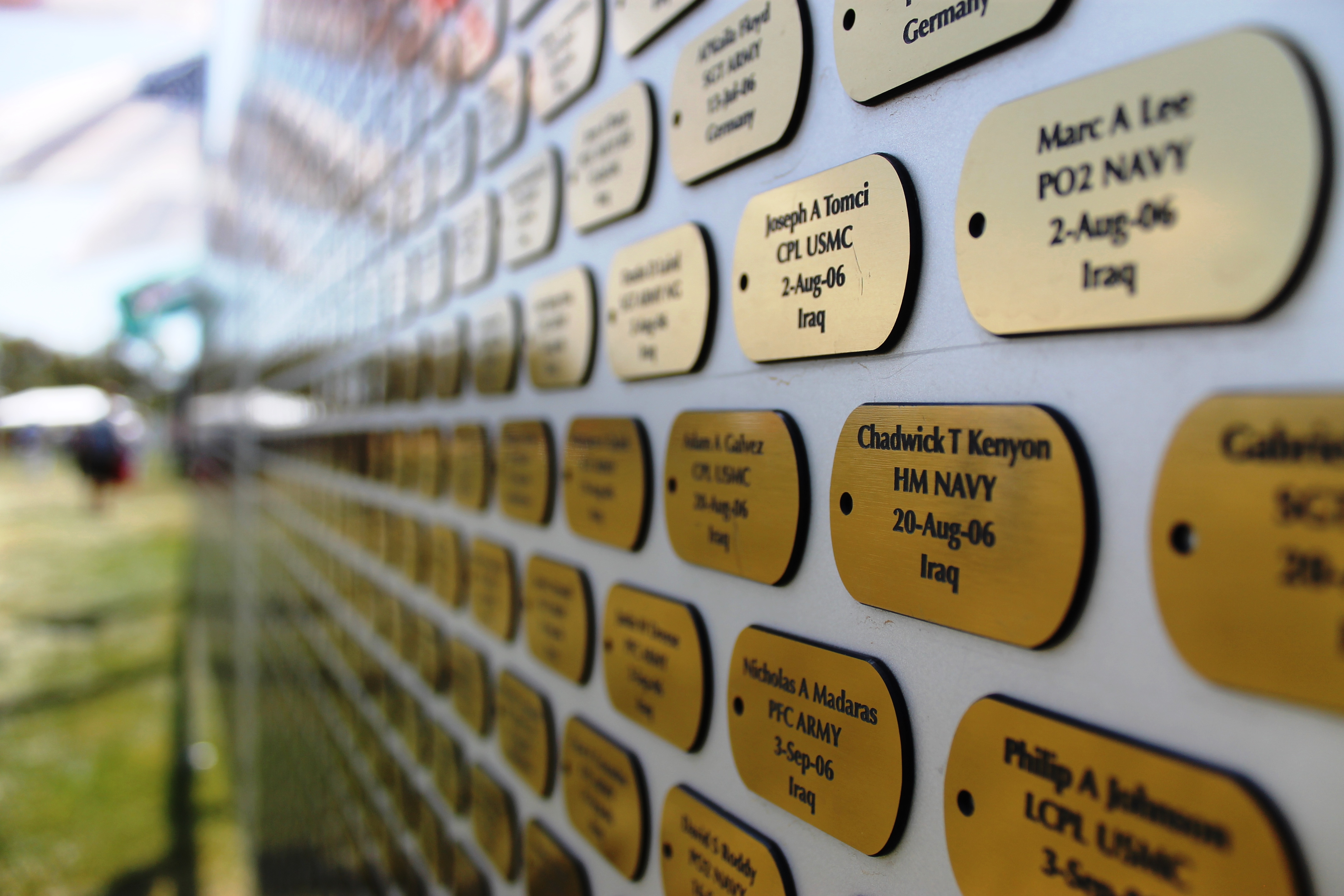 Recalling Their Voices, Respecting Their Stories

Pfc. Jim Brunotte awakened one October day in 1968. He was at the 24th Evacuation Hospital in South Vietnam and entering his fifth week in the county. Lt. Colleen O’Keef, an Army nurse, was at his side.

“Jim, you were in an explosion but you’ll be OK,” she said. Groggy and disoriented the young soldier replied, “Why can’t I talk right? Why can’t I see out of my right eye?” As Brunotte recalls, hundreds of questions rushed through his mind—what explosion was she talking about?

Brunotte came to Vietnam on Aug. 28, 1968, assigned to the 720th Military Police, Company B. He was stationed at an outpost near the village of An Xuan.

On Oct. 1, Brunotte and his friend from MP school, Pfc. Robert Alicea, were returning from a supply run. The pair had traveled to the town of Long Hung, south of Ho Chi Minh City. At 5:55 p.m., their jeep drove over a land mine. Pfc. Alicea was killed. Brunotte was seriously injured.

Lying in the hospital, Brunotte learned of his injuries. He had lost his right eye. His nose was broken and jaw shattered, wired shut. Brunotte was breathing from a tracheotomy. The soldier had also broken his right arm, severely wounded his left and lost his legs below the knee.

Several days passed before he began asking for his friend. Brunotte didn’t recall the accident. He didn’t remember that Alicea was with him.

Sunday afternoon, as a traveling memorial to the servicemen and women who lost their lives in Vietnam was displayed at Sea Terrace Park, Brunotte shared his story—one of loss, healing and recovery. When the wall comes to the region, he’s sure to be there. The Vista resident has made certain his injuries have not defined him. And through his journey to find peace, he said helping others was his true therapy.

Brunotte volunteered last weekend as walls honoring the nation’s fallen came to Dana Point. Memorials represented each of America’s wars, dating back to the civil war and concluding with the wars in Iraq and Afghanistan, whose fallen were represented on golden dog tags.

As of 2012, more than 58,286 names were inscribed on the Vietnam Veterans Memorial in Washington, D.C. Last week, spread across the park’s lawn was a black wall, an 80 percent scale replica of the national memorial, with the names of those lost in Vietnam. Pfc. Robert Alicea’s name was on panel 42W, row 52.

“When I see that wall, I don’t see a wall with etched names, I see faces.” —Tom McKeown

“When I see that wall, I don’t see a wall with etched names, I see faces,” retired U.S. Marine Corps Col. Tom McKeown told a crowd gathered for a remembrance ceremony Sunday afternoon. “If I listen hard enough, I hear stories of the extraordinary things that those people did.”

As others did before him, McKeown shared stories of his service in Vietnam.

From ’67 to ’68, McKeown was a member of a Marine engineering team supporting army and air force units. His comrades called him Skipper.

“Some of my men are on that wall,” McKeown said pointing to the memorial. “Panel number 37.”

Sgt. Peter Hedlund, known as Swede to his comrades, was an aspiring chef from Minnesota. He could make magic happen by creating meals where A, B and C rations were edible, McKeown recalled. Marines in the unit were even treated to pies, bread, sweet rolls and birthday cakes at the hand of McKeown, who was up daily at 3 a.m. to make sure his company never went hungry.

Then there was U.S. Navy Corpsman Jerry Collier, aptly dubbed Doc. Collier was always in the field. When asked by McKeown why he chose fieldwork over staying at the compound, Doc responded, “Skipper, that’s where they get hurt.”

On Jan. 30, 1968, the North Vietnamese and Viet Cong launched one of the largest campaigns of the war—the Tet Offensive. Overnight, communist forces attacked every major city in south Vietnam, McKeown and his company were with an infantry company outside Hue City.

Food and ammunition supplies began running short. Without an aerial option, a decision was made to send an armed team to retrieve supplies. Swede and Doc volunteered. A mile and a half outside their post, the convoy was attacked. Of the more than 100 men in the group, 20 were killed and 48 were wounded.

“When our rescue force fought their way in two hours later, we found Swede and Doc,” McKeown said.

Survivor accounts place Doc in a safe spot when he spotted Hedlund in need. He had been thrown from his vehicle and was under enemy fire. When backup forces came in, Swede had been shot over 10 times, Doc was lying on top of him. Bandages were still in his hand.

“Ordinary Americans, doing extraordinary things,” McKeown repeated. “We owe them a responsibility of honor, of respect, and mainly we owe them the responsibility to never ever forget them. They are the best we had.”

Catherine Manso contributed to this report.