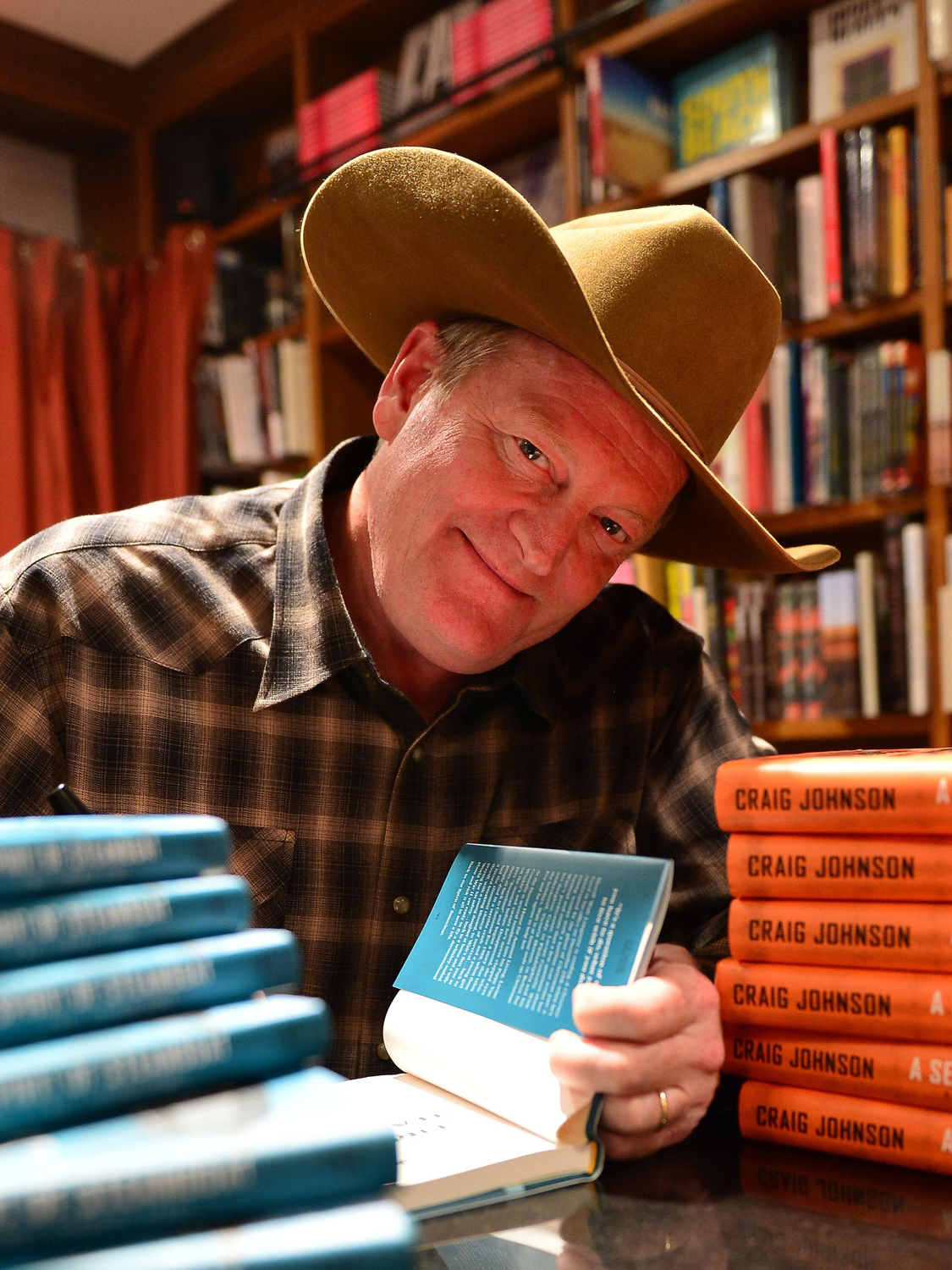 Reading with Wright: Wyoming is Calling You

If you have a hankering for mysteries and the American West then you need to visit Wyoming from your reading armchair. There are two very good contemporary police procedurals/mysteries set in the “equality” or “cowboy” state. Wyoming was the first state to grant women the right to vote but these books feature lawmen with some strong supporting women either as wives or police officers.

The first of these, Longmire, was a popular television series on the A&E network before it was inexplicably canceled. Netflix came to the rescue and you can see season four this fall. It’s filming now. Ironically, “Longmire” can’t be filmed in Wyoming due to the weather and must be filmed farther south in sunny New Mexico with Las Vegas, N.M. subbing for the fictional Durant, Wyo.

Author, Craig Johnson, started penning this series in 2004 and has now written 12 books or short story collections about the iconic Sheriff Walt Longmire, who is played by an Australian actor, Robert Taylor. Johnson’s biography on his dust jacket proudly proclaims that he lives in Ucross, Wyo., near Sheridan, population 25. His latest book in the series is due out in May—Dry Bones. But the Longmire you see on TV is very different in the books as well as the relationships between the characters. Sadly, my favorite character, Dog, is not much of a player in the TV series. The books could easily be described as the heir to Tony Hillerman’s series on the Navajo with Jim Chee and Joe Leaphorn that were so popular in the 1990s. They incorporate and respect Native American culture—this time Cheyenne—in much the same way. So read the books but also watch the series. You will come away equally satisfied.

There’s another Wyoming lawman and it’s a pity they haven’t based a TV series on him. While Walt Longmire is a pragmatist Joe Pickett, a game warden, is an idealist. Written by a Wyoming native, C. J. Box, the “Joe Pickett” series never disappoints. I have recommended it to readers and everyone has been consistently unanimous in enjoying them and reading every single one. Joe is the type of guy who will give a ticket to the governor if he’s breaking the rules fishing or hunting. That ends up getting Joe exiled to backwaters in the state. But Joe is the type of man who trouble finds even in boring places. He has a strong supportive wife, lovely daughters and a mother-in-law straight from hell. He’s even adopted some girls who needed help. He also has a friendly relationship with a man who is wanted by the FBI as a terrorist and a fugitive—Nate Romanowski. It’s always interesting seeing “by the book” Joe handle Nate, who also happens to teach Joe’s daughter falconry.

There are 16 books in the series with the last one, Endangered, just out in March. Box started writing this series in 2001 and he has also written several other stand-alone novels.

Wyoming is a long drive, plus it’s windy. So take a short drive to the library and checkout our books and DVDs on these two Western lawmen. Your reading enjoyment is guaranteed.