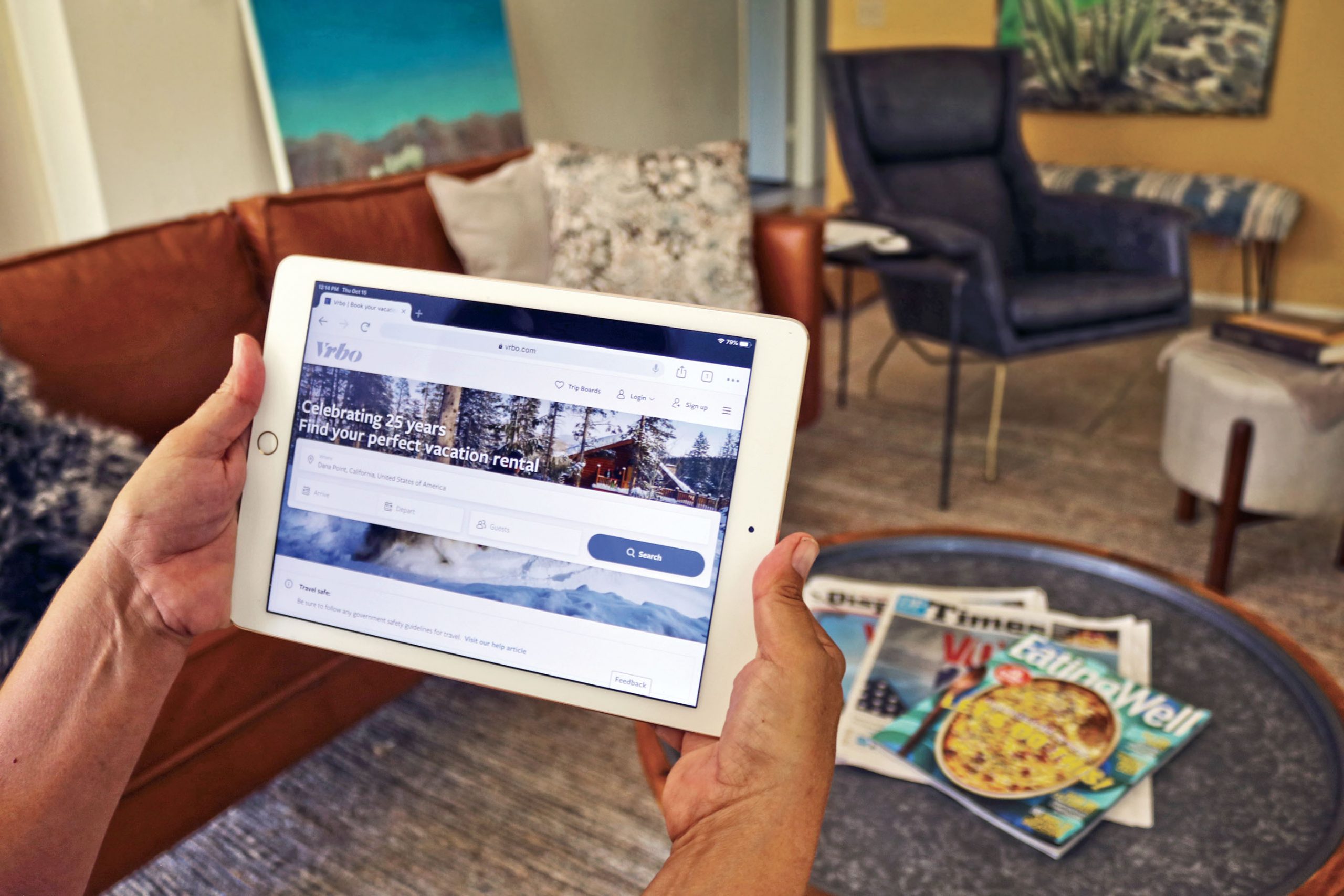 As Dana Point officials proceed in a short-term rental pilot program, debate over how short-term rentals such as Airbnb or Vacation Rentals By Owner (VRBO) properties should be regulated continues to be contentious.

The Dana Point Planning Commission’s workshop for short-term rentals, held on Monday, Sept. 28, was met with some resistance ahead of time. Some members of the community, including three out of the four city council candidates, expressed dismay in a joint letter toward a workshop being scheduled during a pandemic and prior to the election.

Short-term rentals are defined as entire residential houses or apartments, or rooms within, that are rented out to visitors for a fee between one and 29 consecutive days. They are often arranged on websites such as Airbnb, Home Away or VRBO.

“As candidates, we might have our own differing views about what restrictions should be placed on STRs, but we are united in our view that District 4 and 5 deserve to be a part of the conversation,” the letter said. “Many people feel strongly about changes to residential zoning affecting their neighborhoods and way of life. One of the reasons Dana Point went to districts is to ensure that each of our communities will get a voice on issues that affect their lives.”

Benjamin Bebee, running in District 5, did not respond to the three candidates wanting to know if he would also sign off on the letter.

“While we do have confidence in our city staff, after this election in November, each district will finally have their own council member and each will have an equal voice on council,” the letter said. “We ask that you delay the process until the new council members from District 4 and District 5 have been elected and are in position on city council.”

While the workshop proceeded as planned, Community Development Director Brenda Wisneski opened up the agenda item to state that staff was not trying to fast-track the process, rather than laying the groundwork.

Prior to the Dana Point Planning Commission moving forward with recommendations for forming a short-term rental subcommittee, staff presented background on STR regulation within the city.

“Historically, short-term rentals have been part of Dana Point,” said Johnathan Ciampa, senior city planner. “The (California Coastal Commission) is the regulatory authority for land uses within the city’s coastal zone, and they really want cities to incorporate STRs as permitted uses to improve coastal access.”

“The program would be temporarily in effect for three years and would be approved by a (coastal development permit),” Ciampa said.

On July 21, city council directed staff to move forward with public outreach and the development of the STR pilot program—which would include various types of short-term rentals and establish a robust enforcement program to address potential impacts to the community.

FM3 also found that the most common reasons for residents to oppose STRs are safety concerns from unknown people coming in and out, parking issues and noise. The most common reasons for supporting STRs are support of property rights to rent, supplemental income for owners, bringing in tourists to boost the local economy and the expectation that STRs do not impact residents.

While the initial proposed pilot program allowed only for homestays, council majority approved it to expand and include all defined short-term rentals.

Currently in Dana Point, there 147 existing permits for short-term rentals. In examining the distribution of permitted short-term rentals within voting districts, 73% of permits fall within Districts 4 and 5. District 5, which consists of portions of Capistrano Beach, makes up 42% of permits—with one-third of those permits being located on Beach Road.

Toward the end of the workshop, Planning Commissioners Eric Nelson and Roy Dohner volunteered to serve on the Short-Term Rental Subcommittee. Staff will proceed in working with the subcommittee to conduct public outreach, review the city ordinance and provide feedback to the planning commission.

How the Candidates Weigh in

The Dana Point Chamber of Commerce hosted a candidate forum via Zoom on Wednesday, Sept. 30, in which each candidate addressed his respective position on short-term rentals.

“We need to have a voice from District 4 and District 5. And I really appreciated that we were able to get together. We may not agree on what we want the outcome to be, but we certainly agree that we need to have a voice,” Villar said. “I’m a ‘residents-first’ guy. I know our residents have issues with short-term rentals. I think that there is room in Capo Beach and Dana Point at a restricted kind of a level.”

Villar added that he wants to see residents ultimately vote for how short-term rentals will be regulated in the city.

During the forum, Bebee said he could see both sides of the argument, but that the issue should be further explored to reach common ground for residents. He apologized for not responding in regard to the letter signed off by the other candidates, citing technical difficulties, but it was unclear whether he would have signed it otherwise.

Newkirk echoed Villar’s call for a vote among residents.

“We need to slow the process down. It’s a little interesting that we’ve fast-tracked and created a subcommittee that will selectively talk to residents to try to come up with a pilot program that will lock us in for three years,” Newkirk said. “We need to have a collective conversation with all stakeholders that results in residents having a say and a vote.”

Frost directed attention toward the Coastal Commission as a key stakeholder and authority in the future of short-term rentals.

“I think we do have a responsibility to talk to our neighbors and clearly define the issue, and that is, at least a significant portion of the community is under the authority of the California Coastal Commission,” Frost said. “(The CCC) has identified affordable short-term lodging as a requirement.”

Frost added that he believes the city is going down the correct path.

“I know Mr. Villar wanted to push off the (workshop) another month, and I had no problem with that,” Frost said. “However, no decisions, no design for the pilot program is going to be made any time soon.”

The Role of Coastal Commission

In correspondence with the City of Dana Point, the Coastal Commission acknowledged the surge in vacation rental activity, as a direct result of online booking services.

“Some argue that private residences should remain solely for the exclusive use of those who reside there in order to foster neighborhood stability and residential character, as well as to ensure adequate housing stock in the community,” a December 2016 letter from the Coastal Commission states. “Others argue that vacation rentals should be encouraged, because they often provide more affordable options for families and other coastal visitors of a wide range of economic backgrounds to enjoy the California coastline.”

The letter goes on to state it has not historically supported blanket vacation rental bans—finding them to be inconsistent with the Coastal Act.

But earlier this month, the Coastal Commission unanimously approved Laguna Beach’s new plan to regulate short-term lodging, including a ban on new rental units in residential-zoned neighborhoods. The existing 79 units already existing within residential zones will be permitted to continue operating.

“There are no easy answers to the vexing issues and questions of how best to regulate short-term/vacation rentals,” the letter states, adding, “In our view it is not an ‘all or none’ proposition. Rather, the Commission’s obligation is to work with local governments to accommodate vacation rentals in a way that respects local context.”