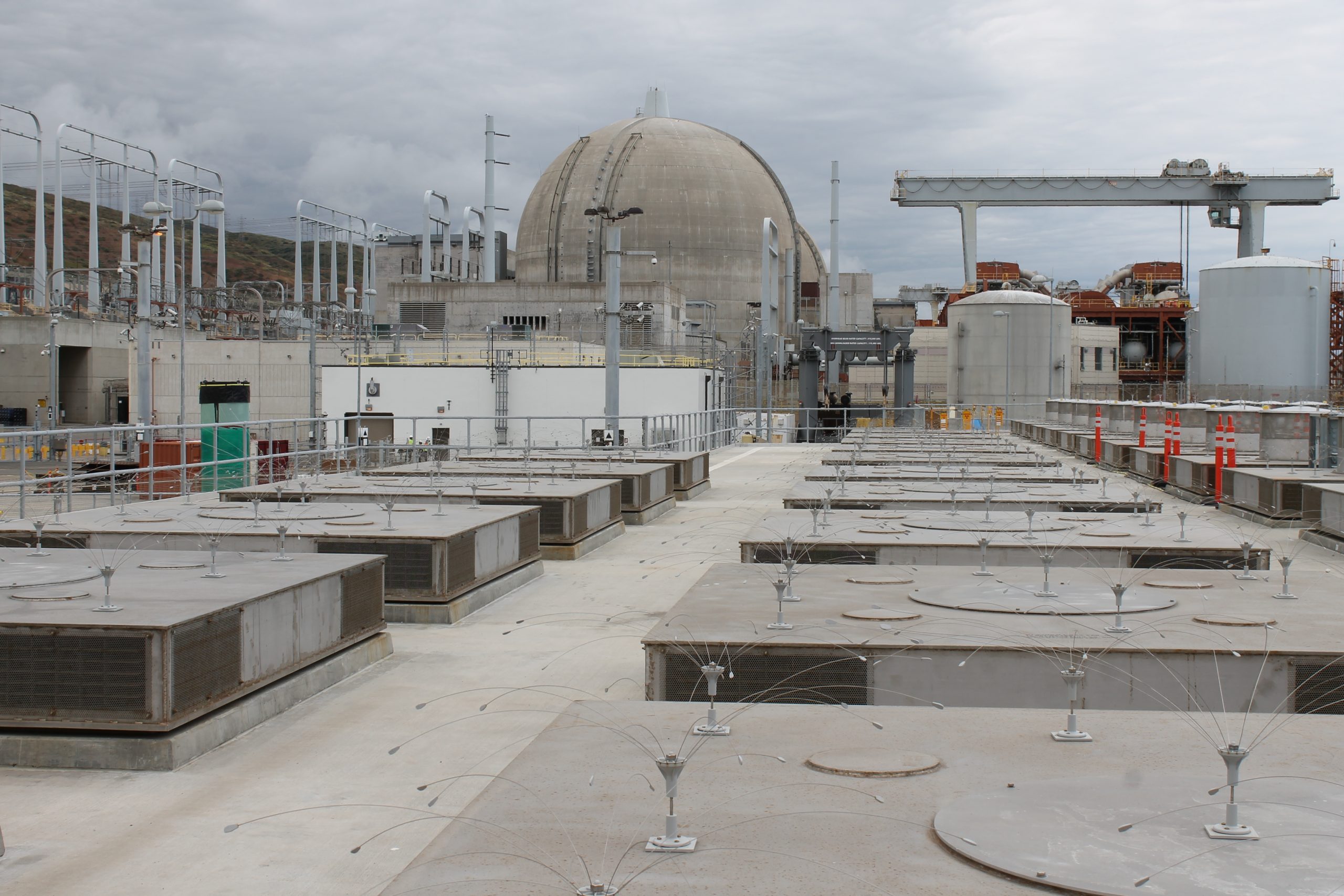 A recent independent survey of the dry cask storage system at the San Onofre power plant found no evidence of contamination or radiation leakage coming from the canisters containing spent nuclear fuel.

Based on radiation readings taken at the outlet vents on the 51 storage modules where nuclear waste is being stored at the San Onofre Nuclear Generating Station (SONGS), Southern California Edison concluded that its canisters are not leaking—as purported by some members of the community.

“No contamination was found on any of the 51 outlet vents, which indicates that there has never been any leakage from the canisters, and there is no indication of any airborne radioactivity at any of the modules,” Eric Goldin, a certified radiation protection professional, said at SoCal Edison’s quarterly Community Engagement Panel Meeting on Nov. 19.

According to a summary of the radiological survey, which SoCal Edison released ahead of last month’s CEP meeting, the dose rates measured at the outlet vents ranged from as low as 0.04 millirem per hour to 0.3 millirem per hour. The federal dose limit is 25 millirem per year to the public.

The survey, which SoCal Edison contracted Philotechnics Ltd. to conduct, was meant to serve as a response to concerns by San Clemente resident Donna Gilmore, who runs the website San Onofre Safety and has alleged that the Nuclear Horizontal Modular Storage (NUHOMS) canisters at SONGS are leaking.

While Edison touted the survey as an effort in transparency, Gilmore on Tuesday, Dec. 1, said she doesn’t trust the findings, mainly because the utility company didn’t photograph or record a video of a reading or measurement taken by a technician from Philotechnics.

“Edison at the previous meeting, they promised they would video or take pictures of the readings, as they were taking them as a measure of trust, and they didn’t do that,” Gilmore said. “There was not one video or photo of the measurements next to the vents. They showed people, but they did not show that. So, I don’t trust them.”

She also questioned why Edison would hire a third-party company, which—Edison noted—was recommended by the Radiological Branch of the California Department of Public Health.

Acknowledging that she doesn’t know much about the company and can’t state for certain whether she trusts it or not, she said the fact that they were chosen by SoCal Edison was enough reason to give her pause.

Responding to Gilmore’s remarks, Edison spokesperson John Dobken said, “The truth of the matter is we went out and hired a contractor recommended by the California Department of Public Health Radiologic Health Branch to conduct a survey with calibrated instruments. They did the survey, and we posted the results in the interest of openness and transparency.”