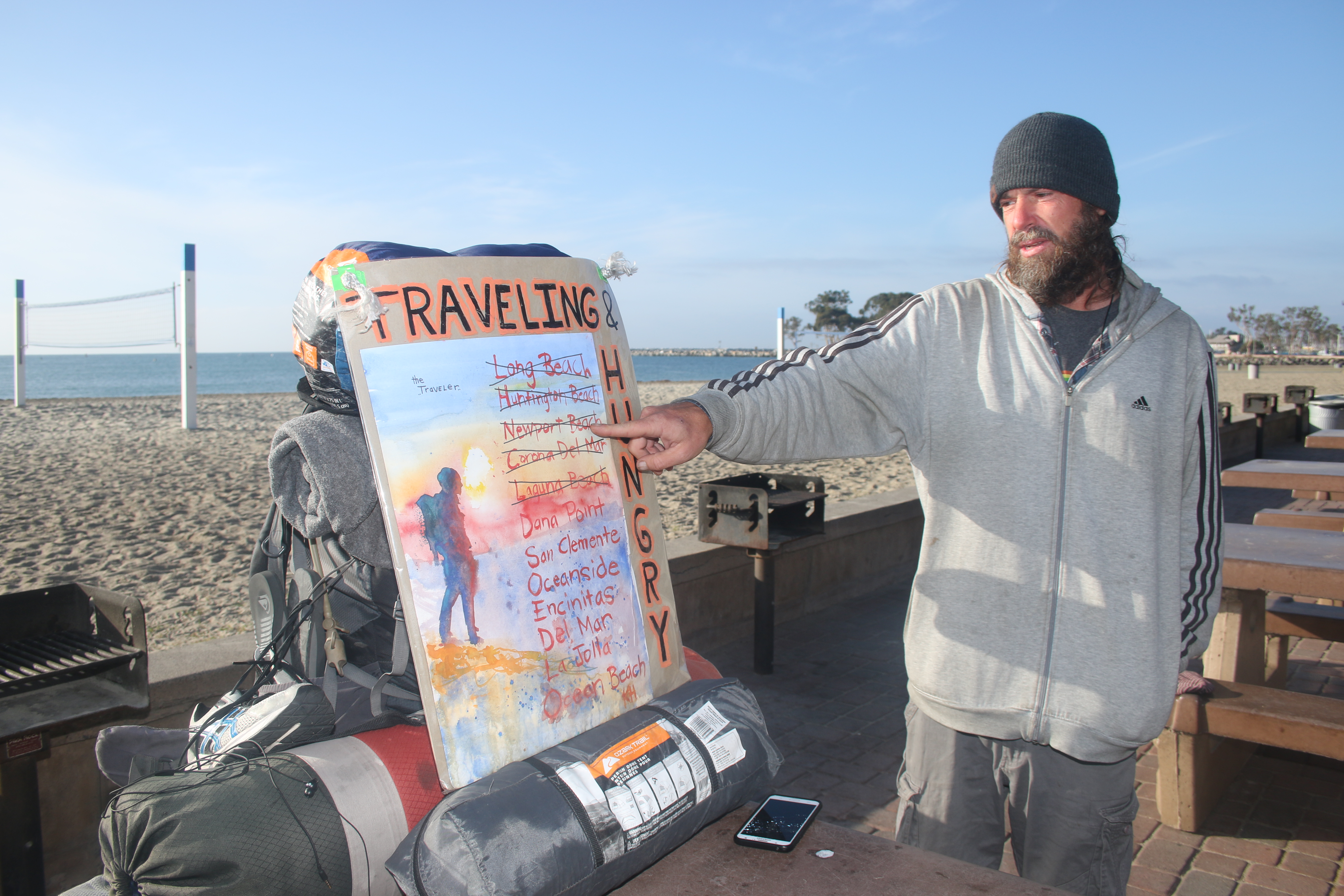 By Daniel Ritz and Eric Heinz

As summer crowds recede from South Orange County beaches, California State Parks and its patrons prepare for statewide and local changes that could affect more than campers attending the parks.

Brian Ketterer, executive chief of law enforcement and chief of Southern Field operations, helped clarify some of the rules for camping limitations at California State Parks.

Some people at State Parks station their RV for the day, but then have to park somewhere else in the evening, as the parks close for day use at 10 p.m. People typically return early in the morning to find a spot. For year-round day pass holders, there is no limit to how many days they can enter a park.

One of these year-round day pass users, who wished to remain anonymous, said the Doheny State Beach parking lot is home to, “easily between 30 to 40 of us that are here every day.”

John Goit, 59, of Newport Beach, said that he has been a year-round day pass user and camper for over 15 years. Living in his 1984 Winnebago while traveling up and down the California coast, the retired school teacher and Navy veteran said he enjoys following the seasons.

“It’s been getting harder though, especially during the busy season. I’ve been ‘shoo’d’ away. I don’t have a lot of money and I really depend on the parks. I just try to keep moving, stay out of the way and under the radar,” Goit said. “To be honest, I don’t know what else I would do. This is literally everything I have.”

There are some parks that have seven-day consecutive stay limits during peak use, and the length of those limits are at the discretion of the superintendents for each park.

“Many, not all, parks have a seven-day maximum consecutive stay limit during peak use periods,” Ketterer said. “Peak use is prescribed by each district based on historical visitation trends and reservation data. Peak use is typically the high use months of the year and any holidays which traditionally have an influx of visitors wishing to utilize the park unit.”

There are also “Hike-N-Bike” passes that are first come, first served to provide 24-hour respite for bikers and hikers.

A new reservation system, Reserve California, will digitally track the number of days used by each registered camper. The system is likely to be fully in place by the new year. Not all State Parks are linked into that system yet, and according to the website, more features will be added through March 1.

the reservation system, which could make it easier for State Parks to track people who overstay.

“In the past, these policies were tracked by the individual park units,” Ketterer said.

Matt Houser, originally from Las Vegas, is one of the California State Parks’ thousands of nomadic park patrons.

Beginning in Los Angeles, Houser has spent months on foot traveling south toward Ocean Beach in San Diego. He said on occasion, he has stayed within the State Park system as he headed south, specifically Corona Del Mar and Doheny state beaches.

“It’s been great,” Houser said, “I get to wake up to the ocean. I’m meeting new people. I come and go as I please. Ever since I left Vegas and lost all my money, I’ve felt free. This (lifestyle) saved me.”

The free-flowing and undocumented nature of a nomadic lifestyle such as Houser’s, historically ingrained in the culture of many of California’s state parks, could be affected by the digitalized, and more organized, tracking system. Though, that doesn’t prevent people from sneaking in.

“Should a registered camper reserve or be found to be over the maximum stay limits, State Parks attempts to handle the issue at the lowest level,” Ketterer said. “Our first course of action is to notify the user and provide them information, and block reservations while offering other locations where camping may still be available to the individual.”
Ketterer said if an overstay is noticed after the camper has registered, State Parks will meet with the camper, explain the issue and refund the remainder of their stay and require the person, property or vehicle to leave.

“Rarely does a park unit cite for illegal camping if a stay limit is violated,” he said. “Although the law provides a broad definition, a person may be cited for illegal camping or non-payment of fees or several other misdemeanor violations of the law.”

Ketterer said State Parks still relies on “quality community policing” staff does on a daily basis within the campgrounds. He added State Parks is not working on new policies on the maximum stay limits for visitors.

“Our dedicated staff works diligently to make sure all park visitors enjoy their stay, whether it be for hiking, camping or off-highway vehicle use while following the rules each park has in place,” Ketterer said.

The new reservation system will likely eliminate any confusion, as park administrators at both Doheny and San Clemente State beaches gave conflicting answers as to the limits on days people can camp.

On a park-by-park basis, some areas are beginning to prohibit campers or RVs longer than 25-feet long. Surf Beach at San Onofre State Park and portions of Doheny State Beach have already enacted policies limiting where longer RVs can park.

Lewis said some of the peak days can’t accommodate the vehicles and their size could restrict access in and out of the areas.
“It needs to be a safe situation,” Lewis said. “We’re still refining the specific details.”

More information on California State Parks can be found on www.parks.ca.gov.