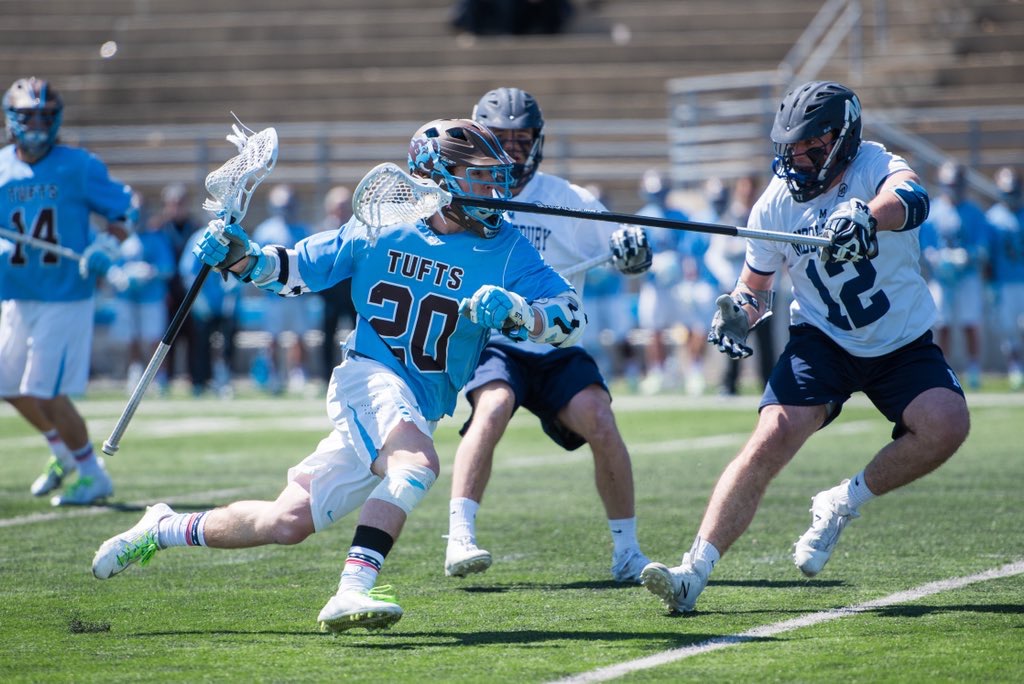 Nick Shanks has a notable history of athletic excellence in the tri-city area.

As a boy, Shanks led the Dana Point-based Patriots Junior All-American football team to a Super Bowl title, and later, his San Clemente flag football team won a State Championship. In high school at St. Margaret’s in San Juan Capistrano, Shanks won CIF and State titles in football and lacrosse while being a high honors student.

Now in college, Shanks took his talents to the east coast, and as a sophomore for Tufts University in Massachusetts, he was named a United States Intercollegiate Lacrosse Association Division 3 First-Team All-American in lacrosse while being named to the Dean’s List.

The Dana Point Times spoke with Shanks about his accomplishment and his local history:

DP Times: Congratulations on the All-America selection, Nick. What did it mean to you to receive the honor?

Shanks: It was great that a lot of the other college coaches out there saw what I was bringing to the table. I’m very appreciative. It’s a high honor. It was cool to see my name on there with some of my other team mate. My real goal is national title.

DPT: Do you think the national title is realistically reachable?

Shanks: I think it’s realistic. Wesleyan, the national champions, we beat them twice. Tufts is a perennial powerhouse in Division 3 and has one twice in the last six years. It’s definitely in our sights. That’s the mantra going forward in the program.

DPT: What brought a California kid out to the east coast? Was it just the higher level of lacrosse?

Shanks: It’s a great school, one, academically. I also knew I wanted to play lacrosse in college. There’s only a handful of teams west of the Mississippi that have programs. I wanted to find the right fit academically and found that in Tufts. It’s the polar opposite from Southern California, but I wouldn’t trade it for anything.

DPT: What do you remember most about playing youth sports in South Orange County?

Shanks: From the youngest age up to high school, you’re playing against the best competition in the country. With the Patriots for Junior All-American, I played against Juju Smith-Schuster, who’s now on the Pittsburgh Steelers. I played baseball against Sam Darnold. Whether you played against them or alongside them, it was really cool. We spend a lot of time at the beach, but we take our sports seriously.

Shanks: My junior year at St. Margaret’s we won the CIF championship in football and the State title in lacrosse. That was pretty unbeatable. We felt like we couldn’t lose. This little school was a force on the state level. Playing for the Patriots, even with my college experience, the biggest crowd I’ve ever played for was against the Inglewood Cherokees at Mission Viejo High School. The whole stadium was filled. To think that was just for a bunch of sixth graders, to see how the whole community came out to support and just appreciate the game was really special.