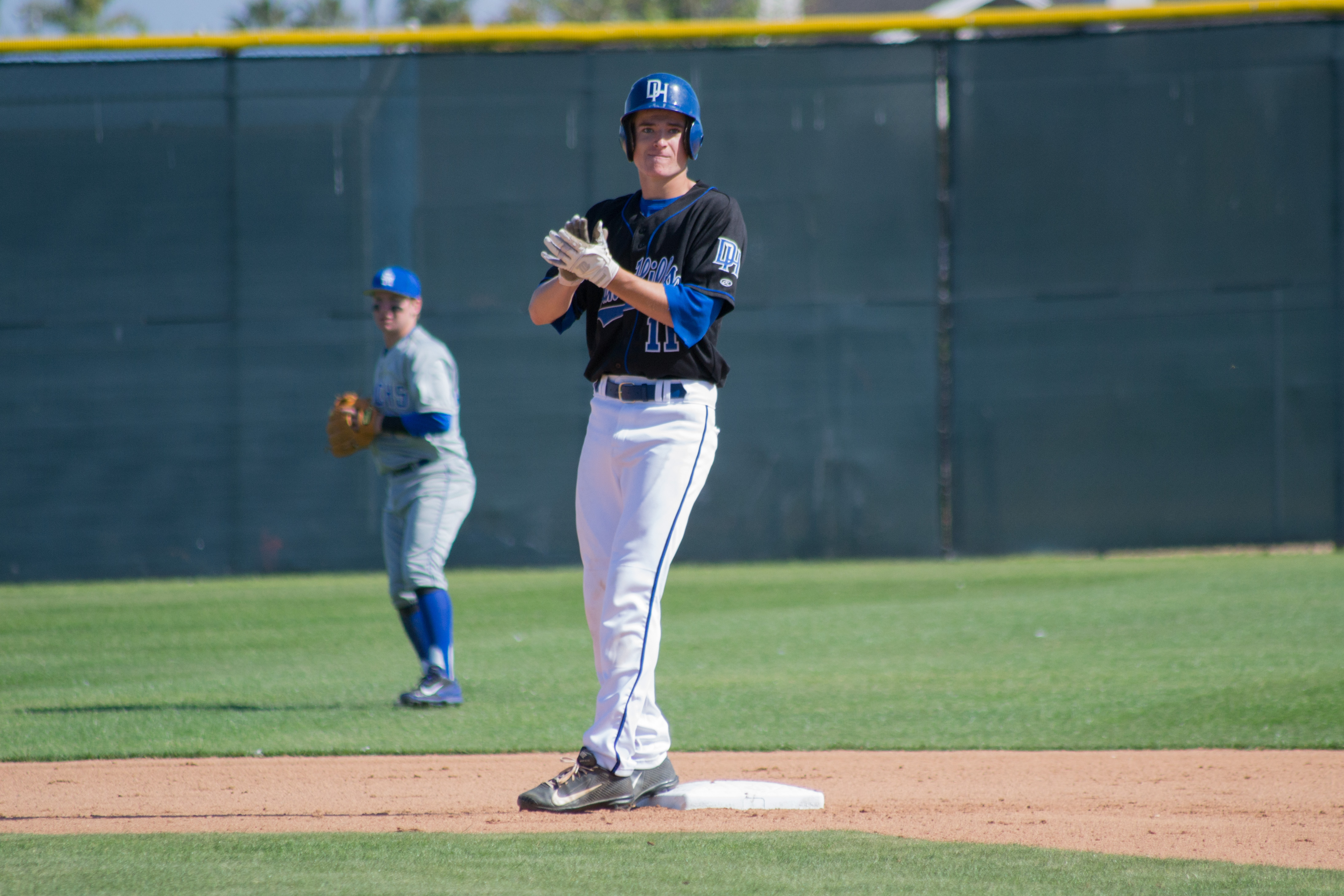 Luke Williams had his fair share of impressive college suitors to choose from this offseason. The versatile senior turned heads in 2013 when he batted .326, reached base at a .488 clip and hit four home runs. He also tallied 12 RBIs and stole 26 bases while playing catcher.

We caught up with Williams to talk about his recruitment and get his thoughts on joining a collegiate program on the rise.

Dana Point Times: You had several elite programs approach you with offers, why did you ultimately decide on Cal Poly?

Luke Williams: SLO was the first school that really expressed interest in me. UCI came into the picture and so did University of San Francisco and UCLA. It was a tough decision. I narrowed it down to (UCLA and Cal Poly) and SLO just felt right. I felt the most comfortable.

DPT: How hard was it to choose between those two and what were some of the deciding factors?

LW: It was a really tough decision. It took me about two or three months. It was probably one of the toughest decisions I’ve come through.

Location was a big part. SLO is a college town. Half of the population is students so that was a big part. I kind of wanted to get far away from home. Not far, like out of state, but far enough where I can’t go back home.

DPT: Cal Poly had a breakout season last year and made the College World Series. How does it feel knowing you’ll be a part of a team on the rise?

LW: I’m very excited. They should have another good year this year. They have a lot of returners. Coach (Larry) Lee is a really good coach and I talked to him multiple times, so I’m excited.

DPT: They recruited you as a shortstop, which you didn’t play at all your junior season. How did that happen?

LW: I grew up playing shortstop. I’ve played it for most of my life. A couple coaches moved me to outfield to utilize my speed and last year we didn’t have a catcher so coach (Tom Faris) put me in there. With that factor, (Cal Poly) thinks I have a good opportunity to play my freshman year.

DPT: You played a key role on last year’s football team but decided to focus solely on baseball in 2014. Tell me why.

LW: That was a very tough decision. It was a tough summer. I’ve played football since I was eight years old. It’s always been a passion of mine. I felt like my future was baseball and my best opportunity to succeed was in baseball. I didn’t have a commitment yet, so I felt like I needed to focus on baseball more than football.

DPT: How do you think you will fit into Cal Poly’s system?

LW: They have a hitter’s ballpark and the wind blows to left field. I feel like I can hit pretty well so I think I can fit in there. They’re starting to get a lot of speed and athleticism. Once my class gets there we’ll be able to steal some bases and be an athletic team.