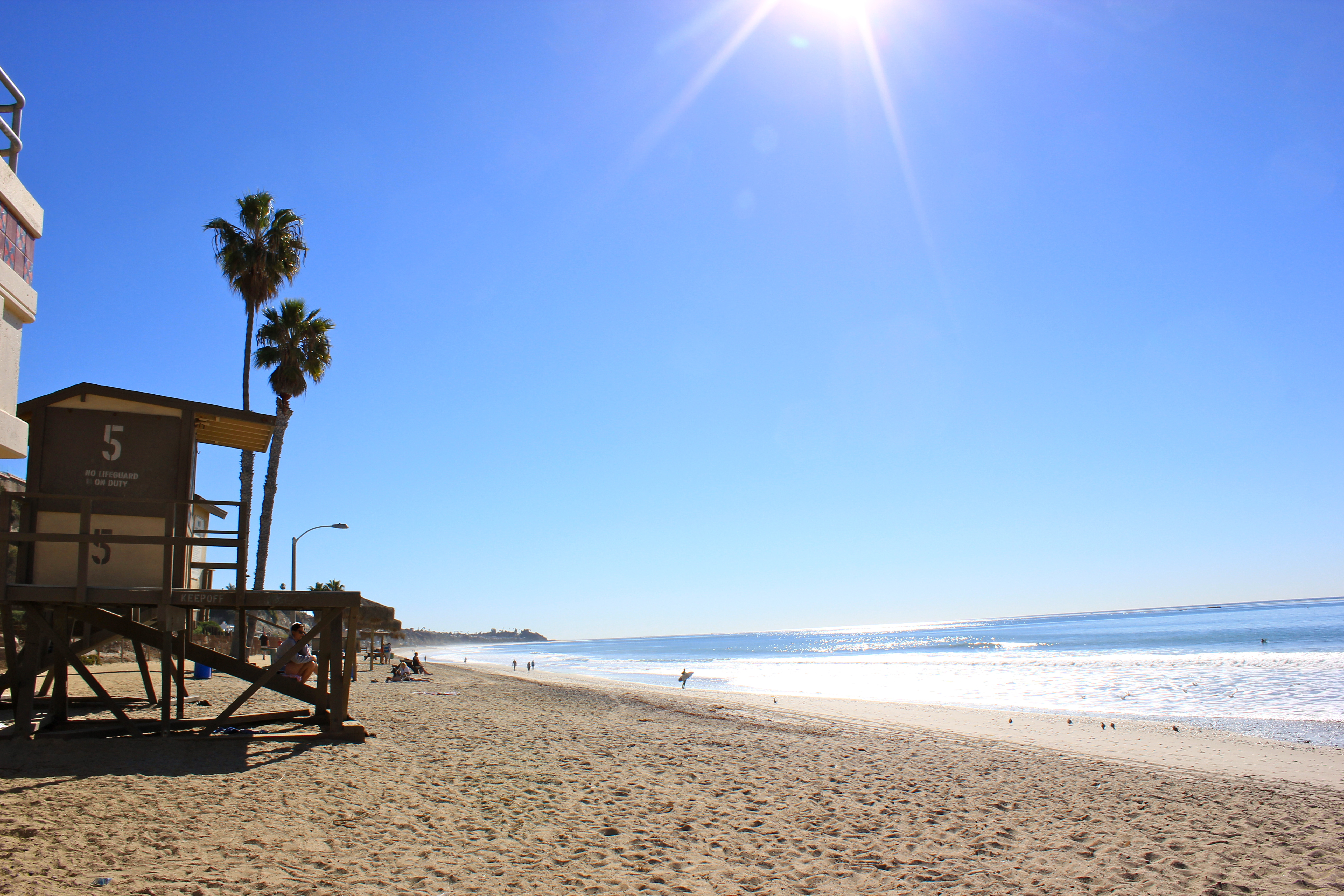 It’s Been Pumping!: Five surf stories from the swell that was… and looking forward for more to come

“Fall is my favorite time to be a surfer in California.” It’s a common sentiment uttered by those that live and ride waves on the West Coast. Lately it’s been especially true thanks to a consistent run of west and southwest swells that have lit up the beaches from Salt Creek to San Onofre. The weather’s been pristine too, with 75-degree beach temps and hardly even the slightest sea breeze. As of press time, the swell was temporarily subsiding before the next round of waves hits this week, so we hit the street to figure out where folks have been scoring and why this is the best time of year to be a surfer in California.

A couple weeks ago I was getting my hair cut and in the thrift store across the street was this big 10-foot board. I walked over and asked how much. The guy said $150. I told him I had $100 cash in my pocket, and I bought it on the spot. I’m coming off of knee surgery and haven’t been able to surf for a while and it was the perfect board to get me back in the water. The last few days, the waves have been bombing and the weather’s been spectacular. I’ve been having a lot of fun riding my 10’8” Simmons beast out at T Street and Old Man’s. The Boneyard has been especially good to me.

On Saturday, there was an NSSA contest going on at Church, so I headed down there in the afternoon thinking that I’d sneak out after the contest ended. But then a big fog bank rolled in and the contest had to go on hold. With the contest off for the moment, I paddled out. You couldn’t even see the beach from the water and most of people weren’t quite sure where to line up. I surf out there pretty regularly and got a couple good ones amongst the chaos. After a while, the fog lifted, but by then the contest had been called off for the day and the crowd had thinned out even more. I surfed until sundown and got some really fun, uncrowded waves.

San Clemente had a great run of waves and weather this past weekend. On Friday my oldest son, Cannon, went down to Mexico to surf while my youngest son, Carson, and I went to the local beach break to surf. We pulled up and people were amping, telling us the waves were firing. The tide felt really high, it looked like it was flat, and then all of a sudden the long period swell started to show. The bigger sets were six feet on face. Carson’s best wave was a front-side tube ride that ended up closing out, but his expression and the look on his face when he came up for a breath told the whole story. School at Concordia Elementary starts at 8 a.m., so after that, we got out and headed to class. With the wind remaining light all day, I thought it was a perfect time for Trestles. After school, we surfed for couple hours and my best wave was a big, full rotation air 540… just kidding. Really it was a left that offered up a good section for an off-the-lip followed by a roundhouse cutback. I was stoked. On Saturday, the boys surfed Trestles all day. The conditions and weather made for a truly classic California day.

A couple friends and I started out on Friday at 204’s, but it was kind of funky so I headed to Uppers. I’m glad I did. Uppers in the middle of the day on Friday was pretty much as good as it gets. The angle of the west swell was hitting the point just perfect and the waves were running all the way from the outside through the cove. There wasn’t a breath of wind and the crowd was light. I think I got every wave I paddled for and surfed for probably four hours. The last wave I got might have been the best one. As people started showing up after work and school, the energy in the water started changing, then when this one came through it bowled out, had such a long wall to it. I knew I had to go in after that one… you gotta quit while you’re ahead sometimes.

I’ve been doing a lot of juggling lately. Between work, the family and surfing, it’s been pretty busy. I haven’t been able to travel much, so it’s been really nice to have some waves at home. I’ve been surfing down at Trestles, and it’s pretty much been as good as it gets. I’m supposed to leave for Hawaii this week, but I’m trying to change my ticket and stay a couple extra days for this next round of swells. How weird does that sound?