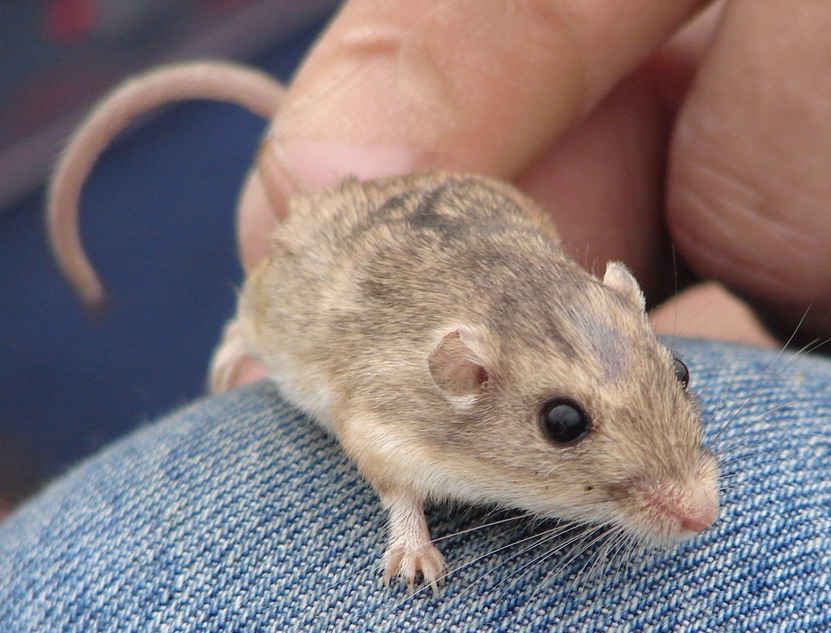 Living in solitary and being active only during nighttime hours makes the thumb-sized Pacific pocket mouse hard to track. But researchers in three Southern California locations are working to learn more about the mysterious species, through preservation, breeding and habitat expansion projects.

The Pacific pocket mouse once inhabited coastal areas from Los Angeles County to Mexico, but populations went years without observation in the 1990s, according to the U.S. Fish and Wildlife Service. The small creatures were believed extinct until 1993, when they were found in the Dana Point headlands. The species was listed as endangered by the federal government in 1994.

Populations have since been discovered on three sites within the boundaries of Camp Pendleton.

Now, biologists at the San Diego Zoo are breeding 22 pocket mice captured at Dana Point and Camp Pendleton, with hopes of releasing 50 into the wild each year. In an October update on the project, Amaranta Kozuch, a senior research technician at the zoo’s Institute for Conservation Research, said the season’s last pregnant female pocket mouse gave birth to five healthy pups.

Here in Dana Point, researchers monitor the mice yearly by tracking their movements. Currently, pocket mice are known to inhabit about 50 percent of the 29.4-acre Dana Point Preserve. Every three to five years the species is live trapped, studied and counted.

There are about 100 pocket mice in the Headlands, but their elusive nature makes them hard to quantify, said LeeAnn Carranza regional preserve manager for the Center of Natural Land Management, which owns the local preserve.

“We should have a fire clearing the land every 30 years,” Carranza said. “We have about 126, 24-meter cells in the preserve, meaning it’ll take us about 30 years to get back to where we started,” mirroring the timeline of a major fire.

Students worked in four grids of 24 square meters, clearing dense vegetation near areas the pocket mice are known to live. Researchers will now track the short and long-term effects of the land clearing, with high hopes of seeing new pocket mouse activity in the cleared lands next season.

The partnership was the first of its kind. But with the success of this year, and students showing their physical strength and stewardship toward the environment, the partnered work is something Carranza hopes to continue annually.

Learn more about the Pacific pocket mouse habitat by visiting the Nature Interpretive Center, 34558 Scenic Drive. The center is open from 10 a.m. to 4 p.m. daily, but is closed Mondays.