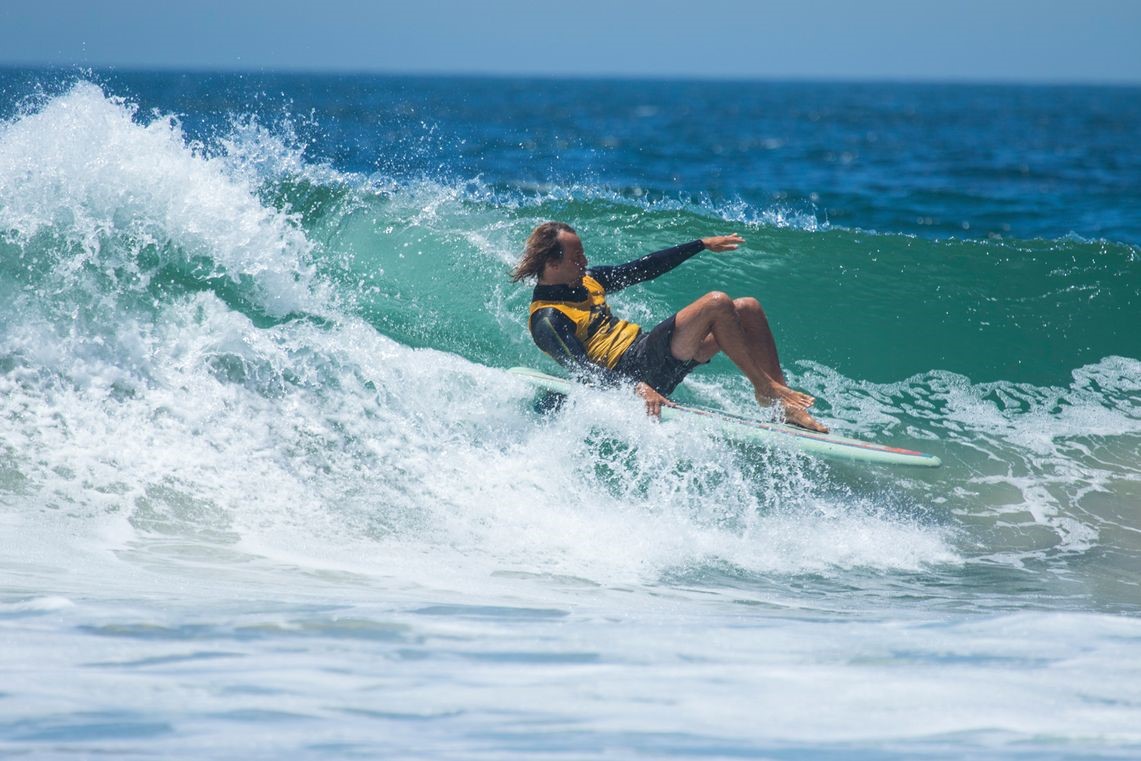 Upon inspection, the word “style” is not explicitly used anywhere on the World Surf League’s (WSL) website in reference to surfing judging criteria.

“Judges analyze the following elements when scoring waves: commitment and degree of difficulty, innovative and progressive maneuvers, combination of major maneuvers, variety of maneuvers and speed, power and flow,” the WSL website states.

Sure, it’s possible that “speed, power and flow,” could be interpreted as “style,” but that wasn’t enough for Dana Point Surf Club President Eric Diamond, who believed contemporary surfing had abandoned it’s prioritization of style, and 20 years ago, created what would become an internationally celebrated event, the Cosmic Creek “Retro Shred Festival” at Salt Creek Beach Park.

Diamond explained that the idea for Cosmic Creek was born in the mid-1990s when Diamond noticed a lot of average surfers were being negatively impacted by the trendy dramatically thin surfboards with a lot of rocker, surfboards ideal for perfect waves and world class surfers (i.e. not most Southern Californian’s surf experience). Walking through Flippy Hoffman’s warehouse one day, admiring the surf icon’s collection, Diamond said he had an epiphany.

“Wouldn’t it be cool to pay homage to all those shapers? To give people an opportunity to try all these wonderful designs that had basically been forgotten? Wouldn’t it be fun if you could pick, or be challenged by the luck of the draw, and surf those boards in a heat?” Diamond remembered.

Diamond affectionately calls the first day of the event, this year on Saturday, June 2, “local’s day.” Surfers will compete on boards selected from a pool of hundreds of past-era boards. The boards, selected at random, are compiled from Diamond’s personal collection, Vissla founder Paul Naude’s collection, other collectors and through boards brought by competing surfers.

“When (Paul) came down and saw what we were doing, he started and has never stopped backing me,” Diamond said.

He noted Killer Dana Surf Shop as another sponsor since the origin of the event.

Diamond said the judges will be judging on a mixed criteria of progressive maneuvers as well as style true to the board’s form.

“Since this event is all about the 1970s and 1980s-era surfcraft, the standard contest judging criteria does not apply. The only standard is to the biggest wave, closest to the curl at the fastest speed with a refreshing emphasis on style,” a statement from last year’s Cosmic Creek’s judging criteria reads.

“We mix it up, we want some judges from the original era, and some guys from the new-school era with a fresh perspective,” Diamond said, explaining how the judges were selected.

As anyone who has attended a Cosmic Creek event before would know, the spirit of combining surfing and the surfboard craftsmanship extends from the surf to the sand.

For instance, world-renowned artist and filmmaker Thomas Campbell, a Dana Hills High School graduate, will be creating all the artwork for the event and site. More local artists will be onsite, including performances by bands TOPS, Night Beats, Seacliff, The Alive and Hypnosis.

Also a first this year, Diamond was excited to announce that a converted trailer will be onsite where local shapers such as Timmy Patterson, Tyler Warren, Donald Brink and Gary Larson will be shaping live for Cosmic Creek fans to enjoy.

On Saturday, there will also be a Bodysurfing Expression Session sponsored by DaFin with legendary Pipeline lifeguard and bodysurfer Mark Cunningham.

“When was the last time you saw the water cleared for four guys, all bodysurfing at Creek,” Diamond laughed, explaining that local lifeguards will be honored and welcomed on site.

He believes remaining close to the core values is essential though.

“These events are about celebrating the surfboard and education. It’s getting a kid on a board older than he is, it’s telling him the story of how it was made, where it came from and who made it. It’s surfing, its surfboards, its music, its art,” Diamond said.