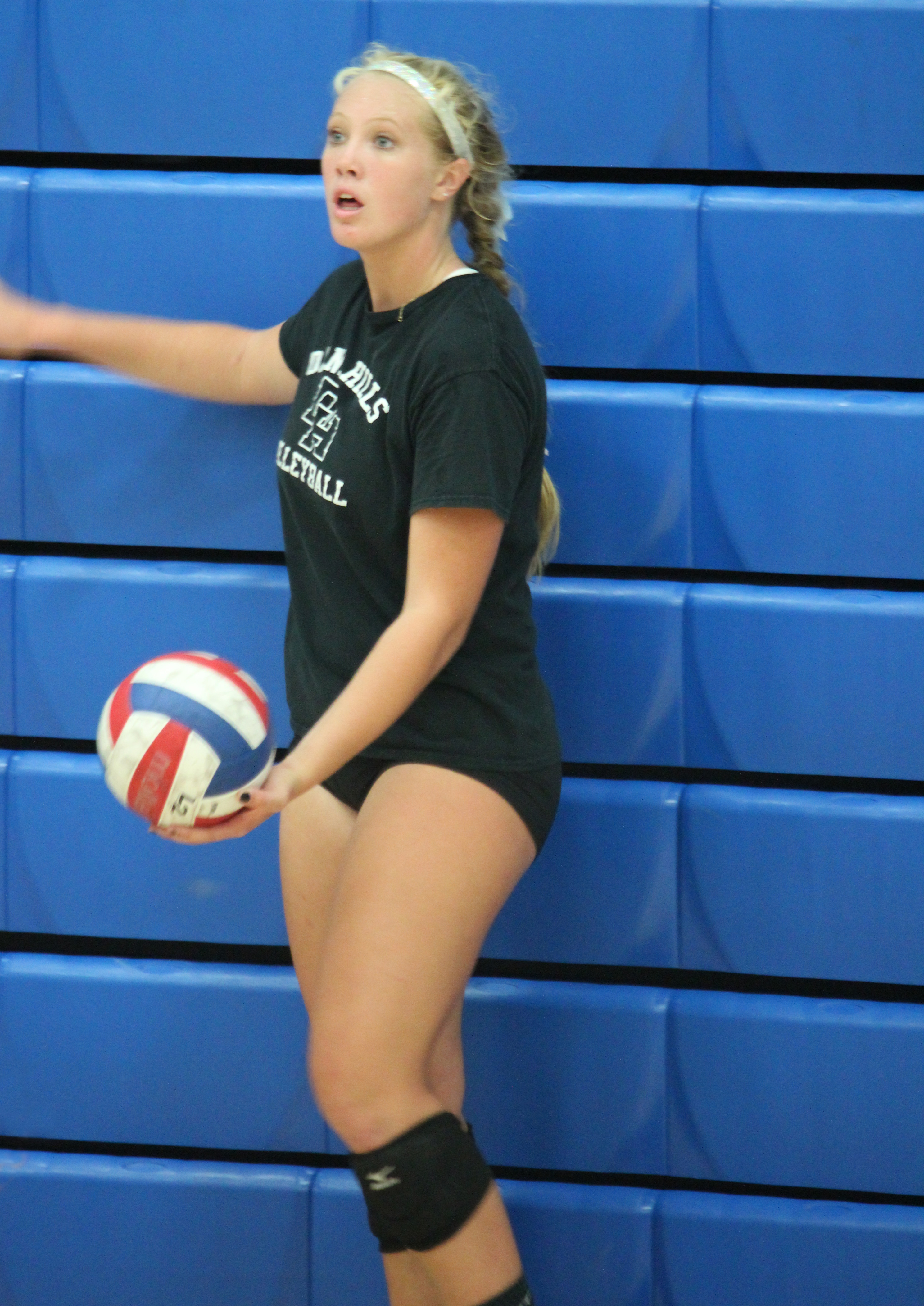 Preview: With New Coach, Girls Volleyball Looks for a 3-Peat

When the Dana Hills girls volleyball team showed up for practice on Sept. 15, they were not asked to start running through drills and warm up. Instead, first-year head coach Mark Rivadeneyra asked his team to grab their cell phones, find a spot outside the gym and upload game film he had just sent them.

While the school’s Wi-Fi system did not allow the team to access the video on campus, the message was clear. Rivadeneyra wants the team to better assess their own game. Through use of custom game film, in which the coach provides voice overs to highlight positives and negatives, and detailed statistical breakdowns, Rivadeneyra hopes to accomplish that. It is all part of Rivadeneyra’s coaching style, which the Dolphins have been adjusting to in the early part of the season.

Dana Hills (3-5) does not have a winning record, but that is mainly because Rivadeneyra has been using multiple lineups in every game. The team has been broken into defined groups and players have been competing in the same group for much of the nonleague schedule, with a few substitutions thrown in along the way.

“I’ve been playing everybody. But they know who’s starting, they know who’s going in,” Rivadeneyra said. “In the next week or so we’ll have it zeroed in. They’re really competing and getting to know what I want.”

Dana Hills is in the midst of a tough nonleague schedule, having already played Edison, Orange Lutheran and Santa Margarita. Games against Huntington Beach, Mater Dei and Laguna Beach are scheduled for later this month. It’s a daunting slate of games but the Dolphins, who return only six players, appear up for the task.

“We definitely are playing a lot of better teams this year than we did last year so I think it’s more of a testament to how we’re doing now,” senior setter Courtney Mueller said. “Now that we’re playing teams that are at our level or stronger I think we’re going to get better as a team because we’re pushed more.”