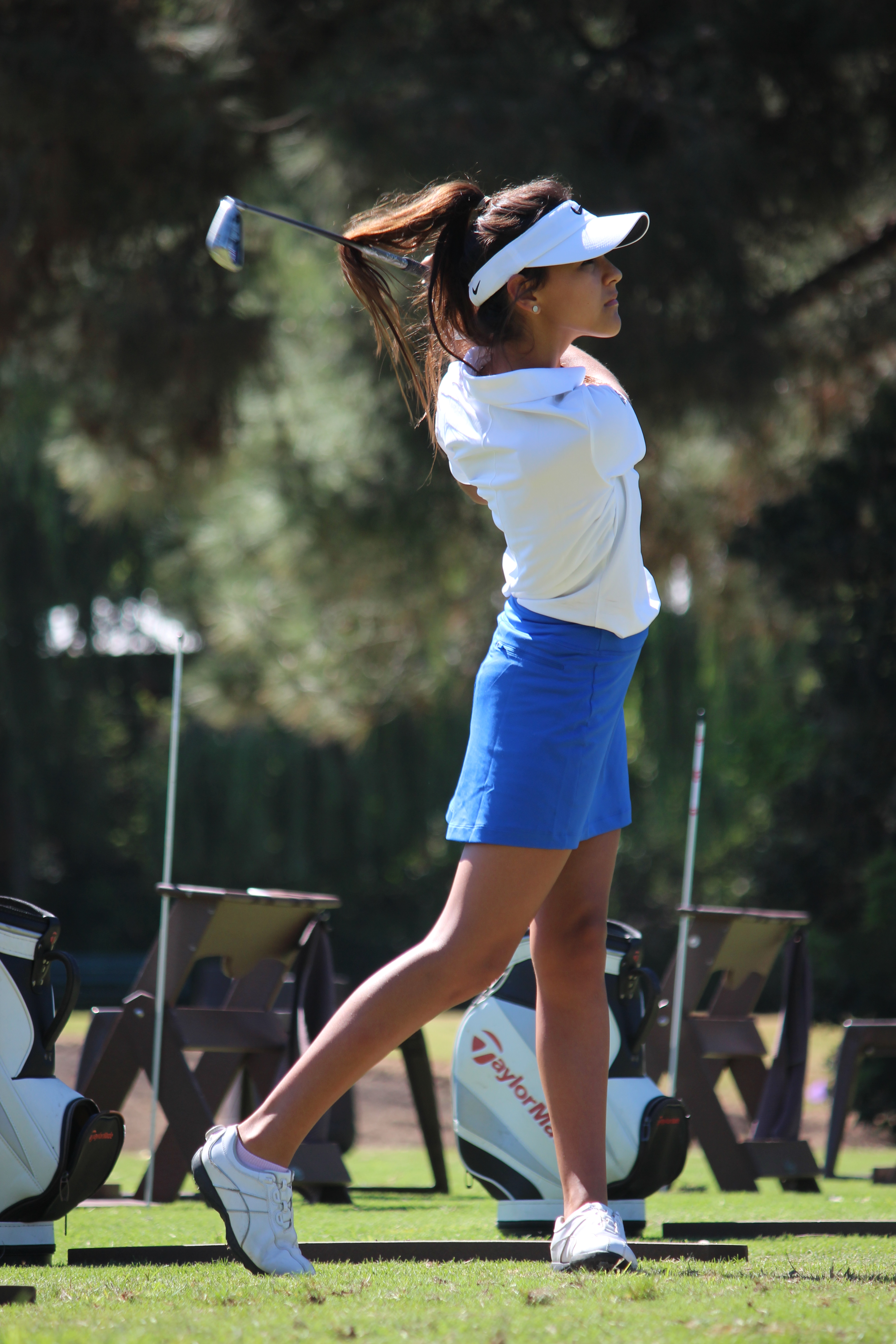 The effort put in by the Dana Hills girls golf team over the offseason is paying dividends in the early part of their season. Three golfers currently inside the team’s top-5 have improved their nine-hole scoring average by at least six strokes, giving them the consistent scores they will need to compete in the South Coast League.

Sophomore Natalie Parada made one of the more dramatic improvements in the offseason. As a freshman, Parada’s scoring average was 56.8. She is now averaging 47.4 and carded a season-best 44 (+8) at Dove Canyon Country Club on Sept. 3.

The key to the improvement, according to new head coach Glenn Forster, has been the team adopting a yearlong approach to the game. Aside from all of the players taking part in the golf class on campus in the spring semester, many of them consulted swing coaches in the offseason and have continued with them into the season.

Sophomore Joan Soewondo, one of the leading match medalists in Orange County in 2013, returns to form a one-two punch with Hummel at the top of the rotation. Soewondo played in a lot of offseason tournaments, where she competed in 18-hole events, and is just now settling in to the nine-hole high school format, according to Forster.

On Sept. 11, in a nonleague match against Newport Harbor, Soewondo fired off a round of 32 (-4) on the front nine at El Niguel Country Club. The Dolphins would go on to win the match with a score of 206, their current season best.

“(Hummel and Soewondo) are just super consistent. Tori, from last year to this year, has improved two or three strokes and medaled four times already,” Forster said. “They both just hit greens and consistently two putt. And on a good day, they’ll make those putts.”

The Dolphins narrowly lost out on the league title to rival Tesoro in 2013. Forster believes the Titans, along with San Clemente, will be Dana Hills’ toughest opponent this season.