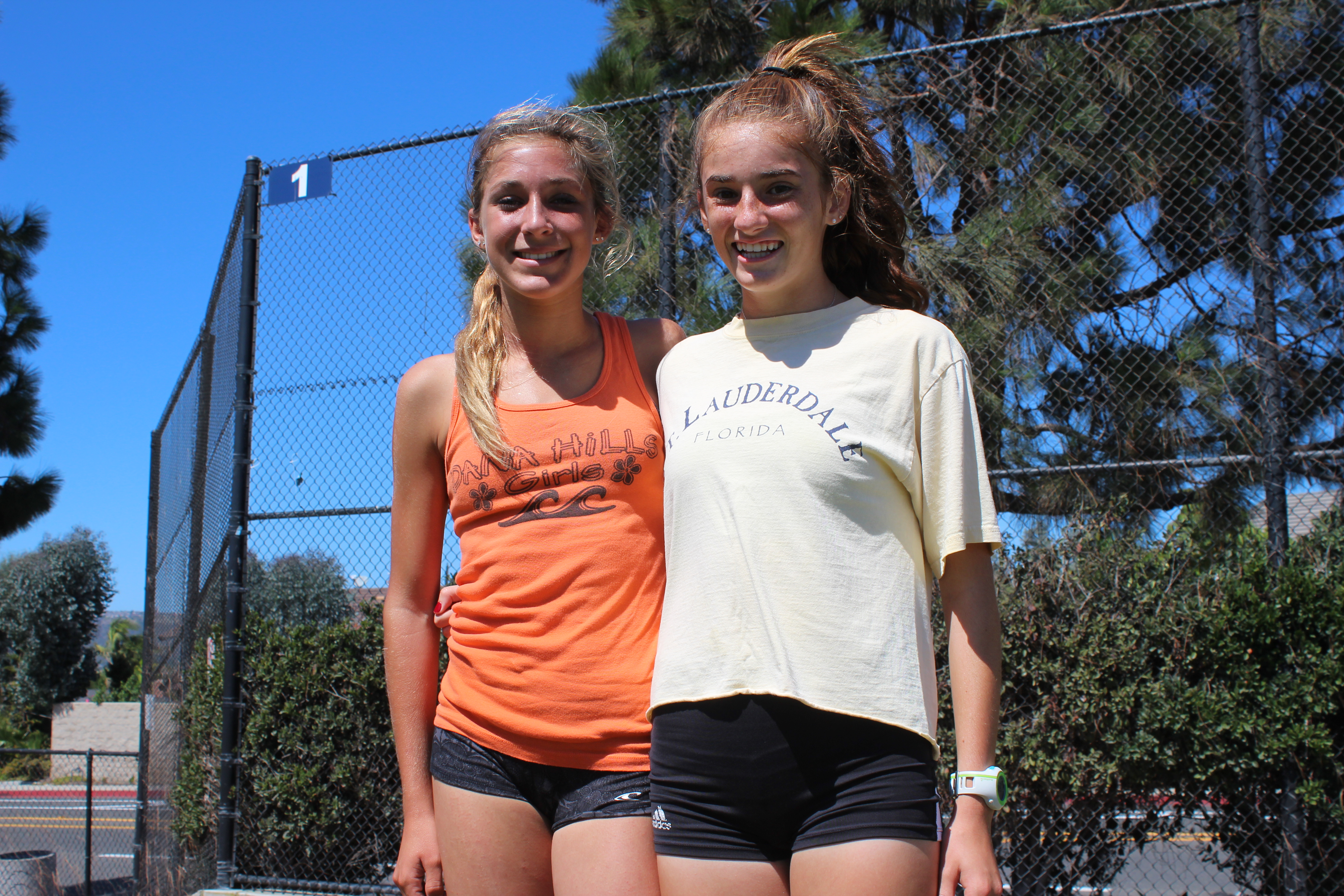 When first-year head coach Chris Cota started running practices with the Dana Hills girls cross country team this offseason, he brought his unique sports background with him. Cota specializes in the discipline of parkour, or free-running, and even instructs others in the momentum-based act of moving through obstacles in the most efficient way possible.

After test running parkour style strength and training exercises with the Dolphins track and field teams last spring, Cota began working out the cross county squad in the same manner. The Dolphins took part in certain stretches and cross training methods, like swimming, in order to strengthen their bodies to avoid injuries over the course of a long season.

“It’s a lot of dysfunctional movement. We tend to isolate muscles when we’re running so we’re trying to mix it up,” Cota said. “That’s why we swam and cross trained (in the offseason), trying to balance out any muscle imbalances we had and it’s helped out. I’m excited to see what’s going to happen with the new things that we added.”

The Dolphins enter 2014 following a season that saw them place fourth in the competitive South Coast League. Dana Hills qualified for the CIF-SS Prelims, but failed to advance to the championship competition.

Dana Hills was young last season, and return many of their top runners.

Seniors Lindsay Cullen and Camille Foder, along with juniors Sienna Serrao, Christina Wright and Camille Perkins round out a veteran group. Sophomores Jennifer Daly and Kathryn Kaloroumakis are coming off strong track and field seasons and should contribute immediately, Cota said.

The Dolphins will stray from their usual season schedule this weekend with a trip up to San Francisco to compete at the Lowell Invitational at Golden Gate Park.

The Dana Hills boys cross country team is coming off a very successful 2013 season that saw them place third at the CIF-SS Championships and third at state. The Dolphins also competed at the elite Nike Cross Nationals meet, where they placed 18th.

Junior co-captain Jake Ogden burst onto the cross country scene as a freshman and has developed as one of the more successful runners in Orange County. As a sophomore, Ogden captured the CIF-SS Division 1 individual title.

The Dolphins have several returning runners who will join Ogden at the top of the rotation, including junior co-captain Mason Coppi, who had a standout track and field season last spring.

The Dolphins entered the season ranked No. 3 in the CIF-SS Division 1 polls but have since slipped out of the top-10.