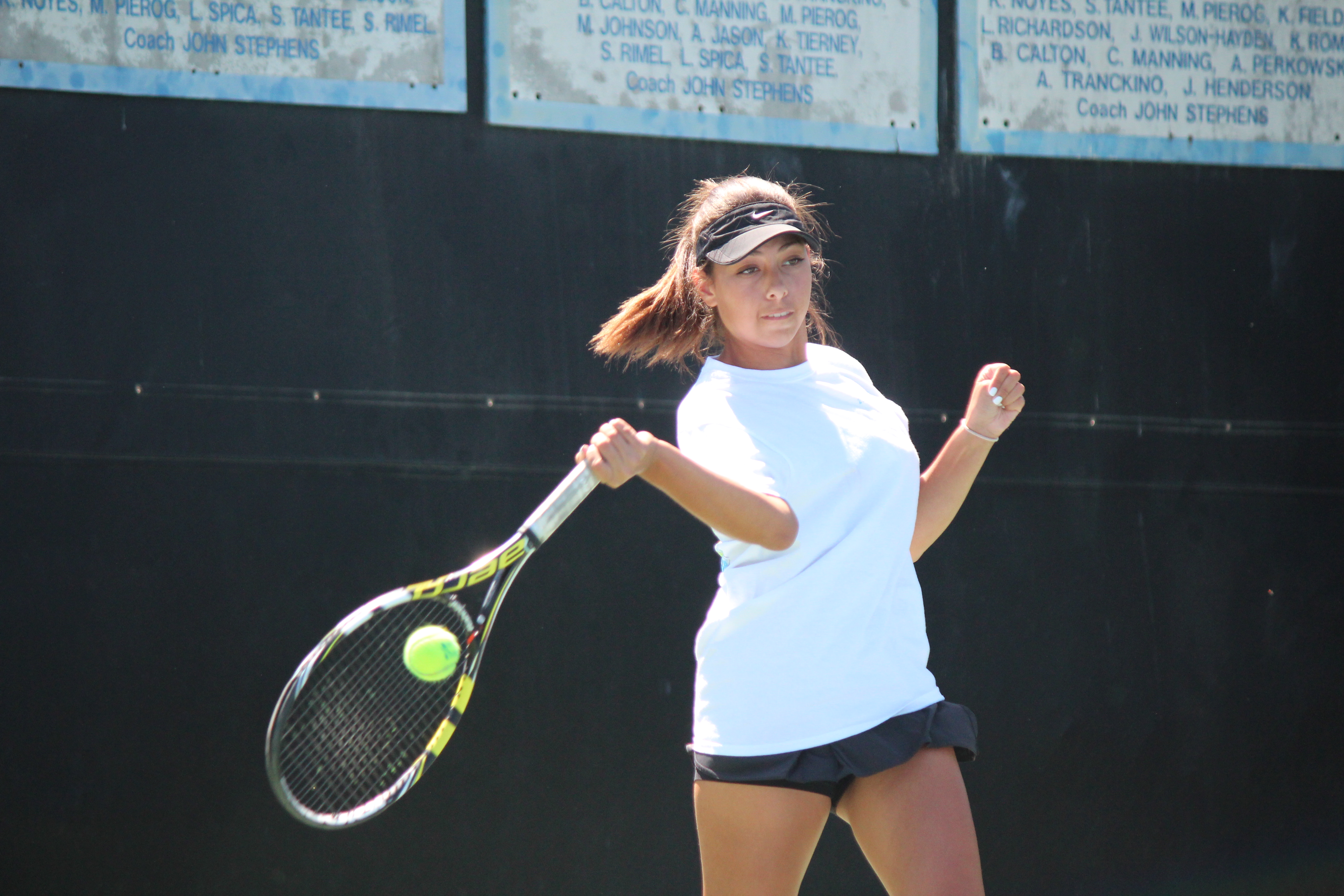 Preview: Depth is Name of the Game for Dolphins Tennis

The Dana Hills girls tennis team is accustomed to claiming the South Coast League title. Last season was no different, as the Dolphins cruised to win the league hardware and advanced to the quarterfinals of the CIF-SS Division 1 Team Championships, where they lost to University.

“This year (in league) will be interesting. It could be a little closer,” Green said. “Tesoro will be very tough. They have some star singles players and they’ve all gotten a bit older. So it will be interesting to see where we stack up with them.”

Green said that the Dolphins will lack the star power they’ve had in seasons past, but return plenty of top players to their singles and doubles rotation.

Senior Gressa Foley will be tasked with squaring off against opposing team’s top players in singles competition. Mona Mosavi and Jasmine Mosavi will also play singles.

The Dolphins have plenty of depth, which is evident in their doubles pairings. Jacklyn Melkonian, Tatum Phillips, Emilia Gorczyka and Dana Mackensen have all been paired up in the early part of the season. In the Dolphins season opening match against Woodbridge, the doubles teams earned eight out of a possible nine points to seal a 14-4 win.

“Our depth is definitely a strength. On any given day anyone can step up,” Green said.

Two-sport standout junior Ayla Fresenius, who also plays volleyball, did not play in the team’s match against Northwood and her presence in the roster will fluctuate. Green said the team will only be stronger when Fresenius, who will likely play doubles, is with the team.