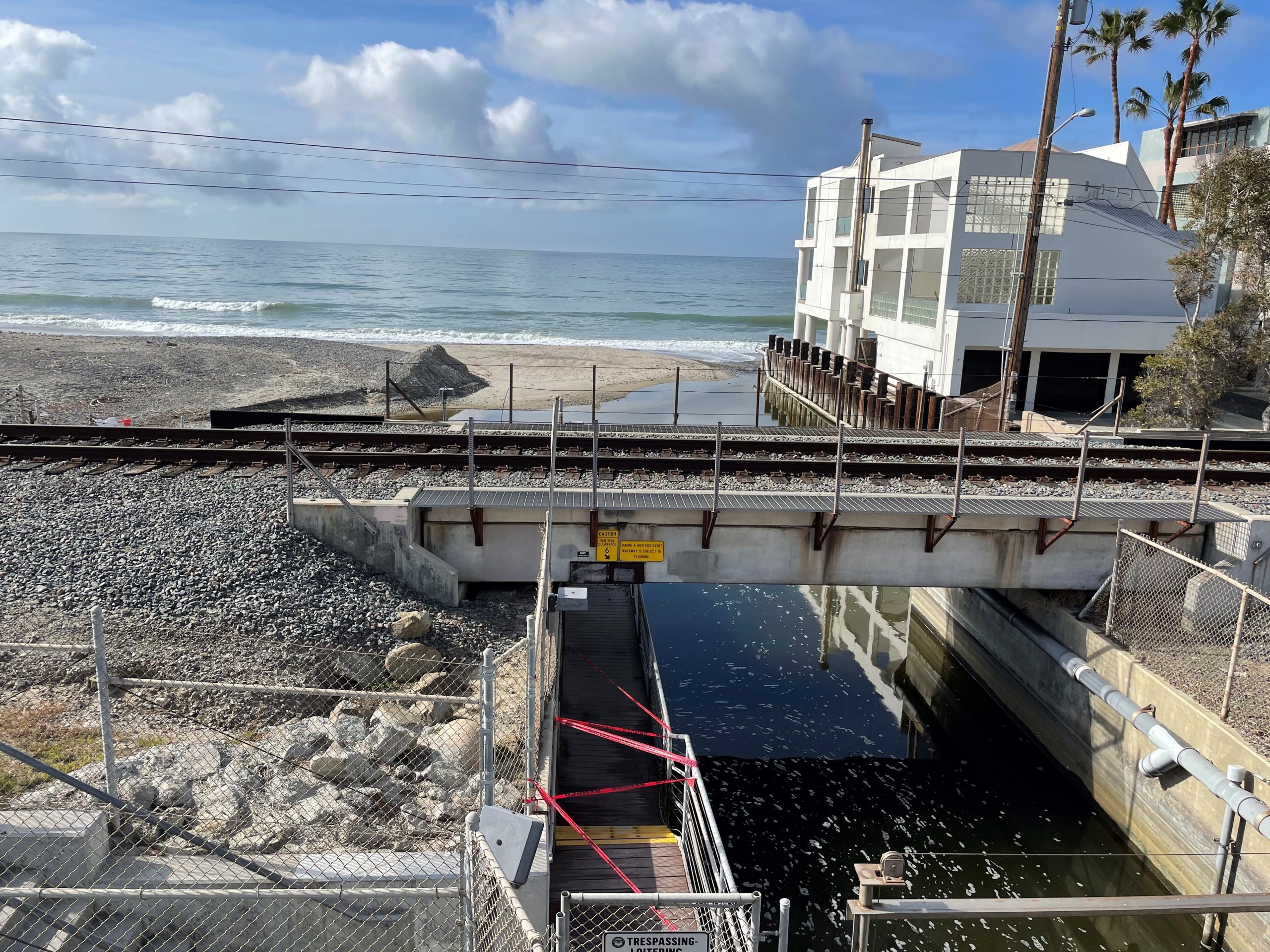 Deteriorating conditions found at the Poche Beach pedestrian underpass prompted the County of Orange to issue an emergency closure of the walkway late last month, and plans to repair the access point are currently in the works.

According to Marisa O’Neil, OC Parks spokesperson, the county anticipates construction to get underway soon, after first securing the proper approvals, including a green light to amend its coastal development permit from the California Coastal Commission.

The county, she added, is also looking to acquire an encroachment permit from the Orange County Flood Control District to replace the catwalk, while engineering plans are nearing completion.

Concerns related to the condition of the walkway, which provides beachgoers access to the county park underneath the train tracks, and straddles the Dana Point and San Clemente border, were first reported by OC Parks staff about a year ago, O’Neil said.

“At that time, an engineering consultant was hired to examine the walkway,” she said in an email this week. “Inspections in January and May of 2020 showed signs of wear, such as heavy corrosion of some handrail posts, that indicated the catwalk would need replacement in the near future.”

The findings prompted the county, she said, to initiate plans of replacing the catwalk and had also begun to draw up engineering plans that were nearly complete when additional wear of the walkway was discovered.

“Park staff recently noted additional wear and called for another inspection by the same structural engineer,” she said in the email.” That inspection showed that the condition had deteriorated significantly, leading to the emergency closure.”

Among recent observations by the staff and engineer included that the steel brackets supporting the catwalk had been “permanently deflected downward” and that the handrail posts had been eroded completely, so the handrail itself was “unsupported along the length of the walkway.”

“The catwalk also appeared to have increased warping of the walkway deck and decreased flexibility, and was pulling away from the wall support anchors,” O’Neil said, adding: “The engineer recommended closing the catwalk, as the condition observed suggested imminent failure.”

Visitors looking to access Poche Beach are advised to enter through North Beach in San Clemente or Capo Beach in Dana Point.