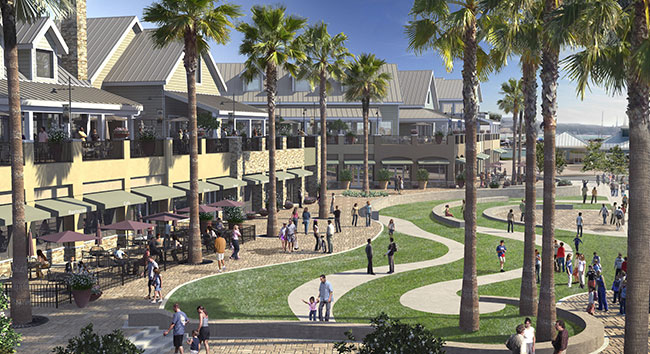 Despite concerns from boaters, the Planning Commission approved Orange County’s application Monday night to demolish and rebuild much of the Dana Point Harbor’s aging structures.

Commissioners approved the coastal development permit in a 4-1 vote, moving the $140 million project, nearly 20 years in the making, closer to breaking ground.

“This revitalization might not have everything that everyone wants … but so many bodies have overseen this process. It’s been vetted,” said Commissioner April O’Connor.

Commissioner Norm Denton cast the dissenting vote. In an earlier vote, the board agreed unanimously on the permit. But after the permit vote was tied with the conceptual approval of a more than 50,000-square-foot, 400-boat, dry-storage structure, Denton, a boater, changed his vote.

“I have been accused of being against the revitalization,” Denton said. “I have always said I am for the landside improvements with a couple caveats. One is the dry boat storage.”

More than 20 speakers highlighted the revitalization need, but nearly half raised issue with the impacts parking, off-site boat storage during construction and the potential storage structure, dubbed the “boat barn,” could have on boaters. The “barn” must still get the California Coastal Commission’s OK.

With the approval, the county can now move ahead with plans to flatten 13 buildings and construct seven new structures in the Harbor’s “commercial core.”

The project will add retail, commercial and office space along with a 35,000-square-foot park. The Commission also approved a two-level structure that will add more than 500 parking spaces.