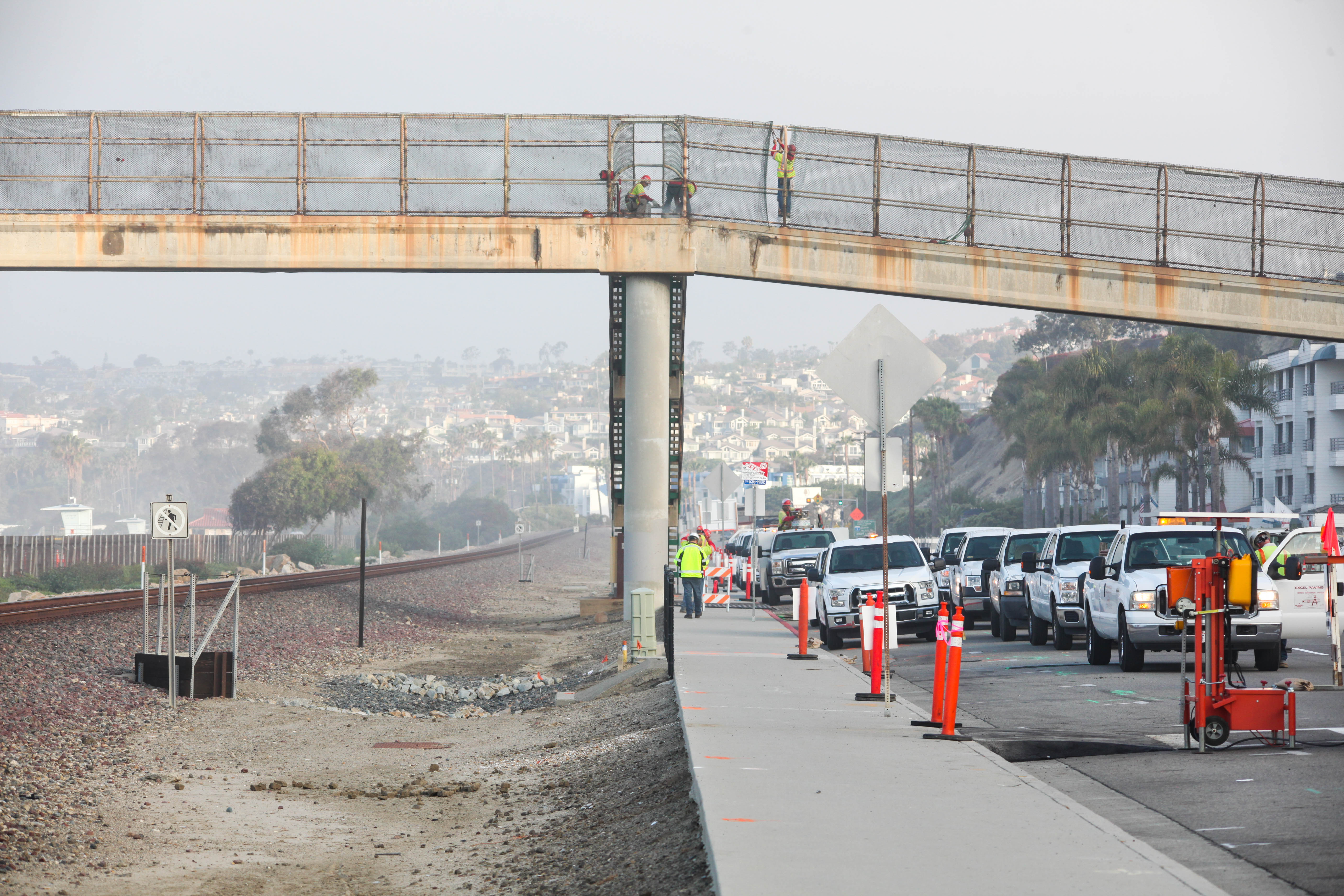 During its Oct. 17 meeting, Planning Commissioners discussed the impending closure of the surfside pedestrian bridge over the railway for six weeks due to repairs and maintenance.

The pedestrian bridge, which was built more than 30 years ago, originally crossed over Pacific Coast Highway as well as the railroad tracks, and let people access the beach from hotels and shops. In June, the county demolished the half of the bridge that allowed pedestrians to cross over PCH, as county officials said the cost of repairs would be too high to fix necessary repairs on that portion of the bridge.

After the bridge was demolished, a crosswalk was painted across the road and a traffic light was installed, which city staff said is a permanent fixture at the site.

Senior Planner Sean Nicholas told the Commission the bridge would be closed for safety and efficiency.

The work proposed for the bridge includes structural maintenance, repair to the concrete and walking surfaces and replacement of the chain link pedestrian enclosure. According to the staff report, the chain link will be encased in a gray-vinyl cover to reduce the impact of the salt air on the metal.

The agenda item was only an informational item, and the bridge is county property, but staff members wanted to make Commissioners aware of the project.

Commissioner Roy Dohner questioned the efficiency of merely fixing the portion of the bridge over the train tracks.

“So we’re going to temporarily fix a bridge, then build a bridge and yet people have to cross the highway, which there are more cars coming than trains. So, it seems like we made it less safe and more costly,” Dohner said.

A couple of Commissioners voiced their concerns that the project would not be completed by Memorial Day, the estimated date of completion given by the County.

Nicholas told the Commissioners the timeline was “a conservative timeline” and that the county is hoping to start sooner than March.

The work is currently scheduled to begin in March, once the county receives permits from the California Coastal Commission and Metrolink, and finalizes the construction documents. Nicholas also told the Commissioners an update for a full replacement of the bridge could come in early 2017.