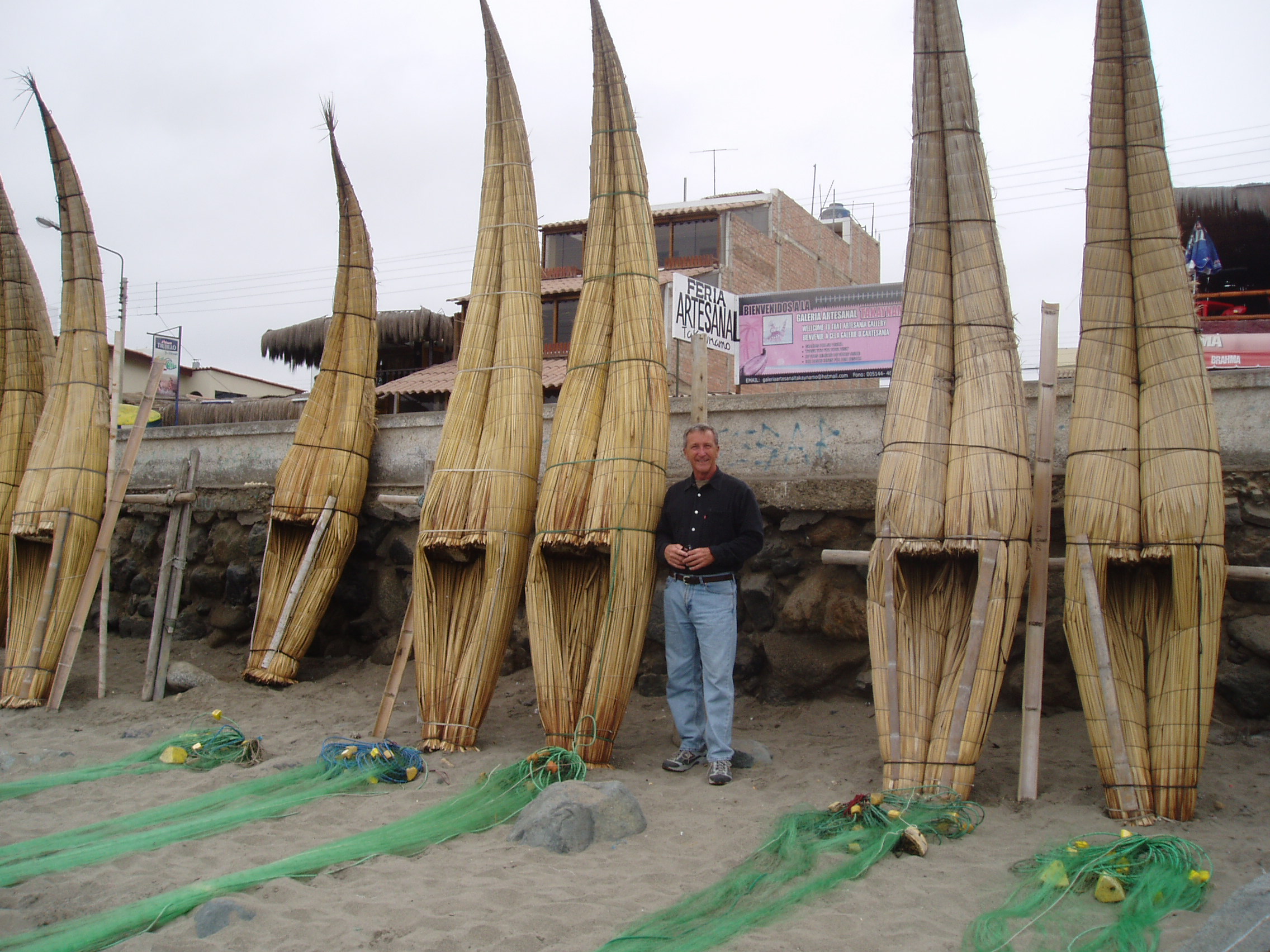 In 1962, Joel Smith was sent on a bus touring the United States. It was a way to provide adult supervision for him while his mother recovered from illness.

On that trip, Smith visited Huntington Beach, right in the middle of surfing’s most dynamic explosion of culture and competition. Originally from New Jersey, that’s all it took for Smith to be hooked.

Now, Smith is trying to teach people around the world more about the sport’s history with an exhibit titled “On the Origin of Surfing,” in collaboration with the Surfing Heritage and Culture Center. Smith and illustrator Ron Croci created the book The Illustrated Atlas of Surfing History, which is the basis of the exhibit.

Smith said he would like to bring as many interactive features to the exhibit as possible, such as a simulation of riding a wave on old surfboards and replicas of artifacts from surfing history.

“I’d like to bring craftsmen who do reproductions of surfboards and catamaran and artifacts,” he said. “That way people can touch and see what it feels like, but I’m hoping we can … tell the story about what surfing was like in the beginning.”
The experience through surf history will start from the Polynesian innovation and pre-modern era versions of the sport. It will then explore the cultivation of surf in Hawaii in the late 1800s and beyond, all the way to the 1960s.

“We’re going to deal with how wave riding began, and we’re going back to 3,000 B.C. and when early man started to deal with the ocean,” Smith said. “A lot has been written about the modern era and 1960s, and very little has been written about the early years. We think it’s a story that’s compelling, and a lot of the things that were true in early Hawaii are still true today. The cultural (importance) of surfing hasn’t changed.”

It won’t be until sometime this winter or possibly early 2018 when the exhibit will be ready. Smith is in the process of raising as much money for it as possible and conceptualizing the project.
“A lot depends on how much money we’re going to raise,” Smith said. “We have set up for about a year from now, and I’ve just put together some promotional material.”

Smith, admittedly, is not a seasoned museum curator or exhibit promoter—he said this is his first foray. The project could have various complex components or could be a more mobile exhibit that can travel easily.

Smith’s background consists of developing television shows on various parts of history. He said he relocated to California in 1980 and has surfed on every continent except Antarctica.

“The exhibit is going to be for people who surf and those who don’t or haven’t yet,” Smith said. “It will detail the history and point out things that people could relate to. The message I want to give to people is that it’s more than a sport. It is the basis of a global tribe, and I wanted to explore how that came about.”

For more information on the exhibit or to contact Smith, email him at joelt@oceanhelix.com, or visit www.surfingheritage.org.