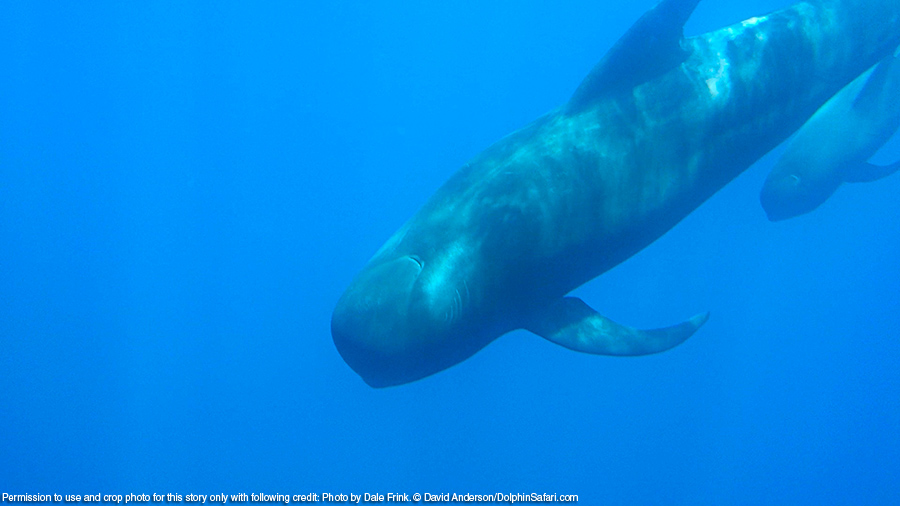 It’s been nearly three decades since they were last seen but pilot whales have once again returned to waters near Dana Point, giving outdoor recreationalists a rare sighting of the marine mammals that went away with a depleted squid population.

An estimated 50 pilot whales, which, like killer whales, are in the dolphin family, passed approximately seven miles from shore in what is the first believed sighting of the mammals since the early 1980s.

Pilot whales disappeared from local waters some 30 years ago after a strong El Niño—an oceanic disruption of warmer ocean temperatures in the tropical Pacific that has impacts on global weather and climate. The pilot whale had once been a common sighting in Southern California, but with the water changes their food supply, of mainly squid, dropped in 1983 and the apparent resident population near Santa Catalina Island waned.

“When I was making my film on whales and dolphins in this area pilot whales were like the Holy Grail,” Capt. Dave Anderson said. “Every time someone called me with reports of pilot whales in the area I went after them and they always turned out to be false killer whales or risso dolphin.”

Despite increased survey efforts along the coastal-western United States, few pilot whale sightings were observed by researchers with the National Oceanic and Atmospheric Administration from 1984 to 1996. In a 2001 survey, no pilot whales were seen in Southern California.

Current population estimations place 300 pilot whales in California, Oregon and Washington waters, 8,850 near Hawaii, 31,000 in the western-north Atlantic and 2,400 in the northern Gulf of Mexico. With an increase in the local squid population, local captains hope California sightings increase.

Check out the footage local whale watching companies got below: