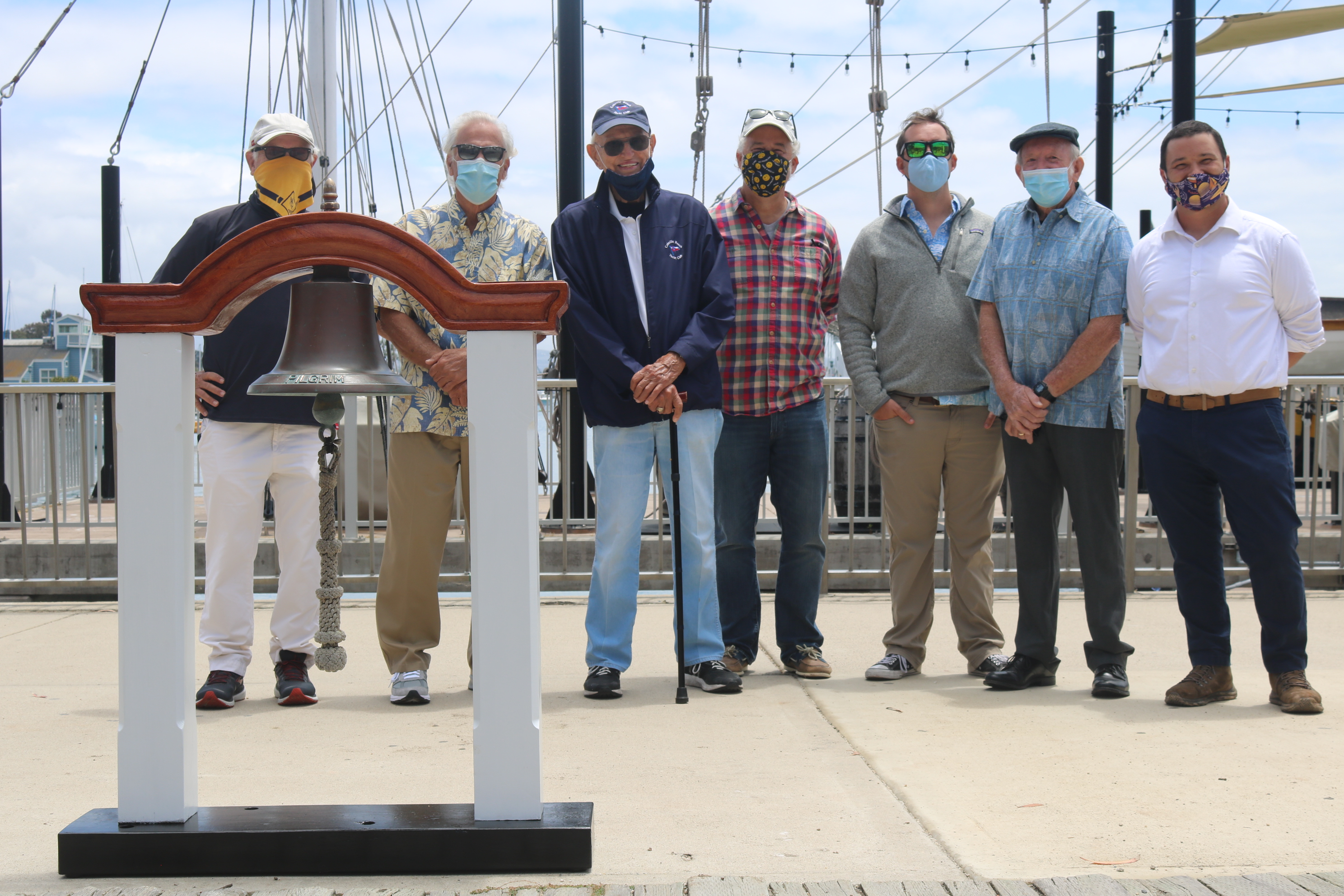 Ocean Institute staff presented the Pilgrim’s bell to the family of Ray Wallace—a marine architect who had helped modify the vessel from a three-masted schooner to what she was before her demolition—on Saturday, June 6.

The Pilgrim was once a full-sized 1945 replica of the merchant ship that Richard Henry Dana detailed in his classic novel Two Years Before the Mast. It keeled overnight between Saturday, March 28 and Sunday, March 29 and sank in her slip at Dana Point Harbor.

Ocean Institute and other stakeholders, including the U.S. Coast Guard, determined she could not be safely removed from her slip without demolition. Her removal was performed piece by piece over the span of a week with extreme caution, allowing Ocean Institute crewmembers to salvage items for future display and to auction off to the public.

The bell was saved especially to present to the Wallace family in recognition of Ray Wallace’s service to the vessel.

The boat was originally built in 1945. In 1975, she was sailed to Portugal under the command of Wallace—designer of the Columbia at Disneyland—where she was converted to a square-rigged brig. Pilgrim, 98 feet long with an average speed of 6-7 knots, sailed to Miami with a crew of 20. A new crew of 14 then sailed her through the Panama Canal, anchoring in Dana Point Harbor in June 1975.

“Ray was a very talented person. I always thought he was 50 years ahead of himself,” said Wallace’s brother, Ben Steel Sr. “He found the ship, bought the ship, took it to Portugal, designed what it would look like. My brother was a very qualified person. He loved kids. He wanted to teach youth about sailing and pass that on. . . . He was a great guy, a wonderful person.”

There has been no determination for what caused the ship to sink.

Ocean Institute is holding an auction for notable artifacts of the Pilgrim as a fundraiser for the organization. Items include the Pilgrim’s figurehead, nameplates, plaques made from the vessel’s hull and boarding ladders. For more information, visit ocean-institute.org.