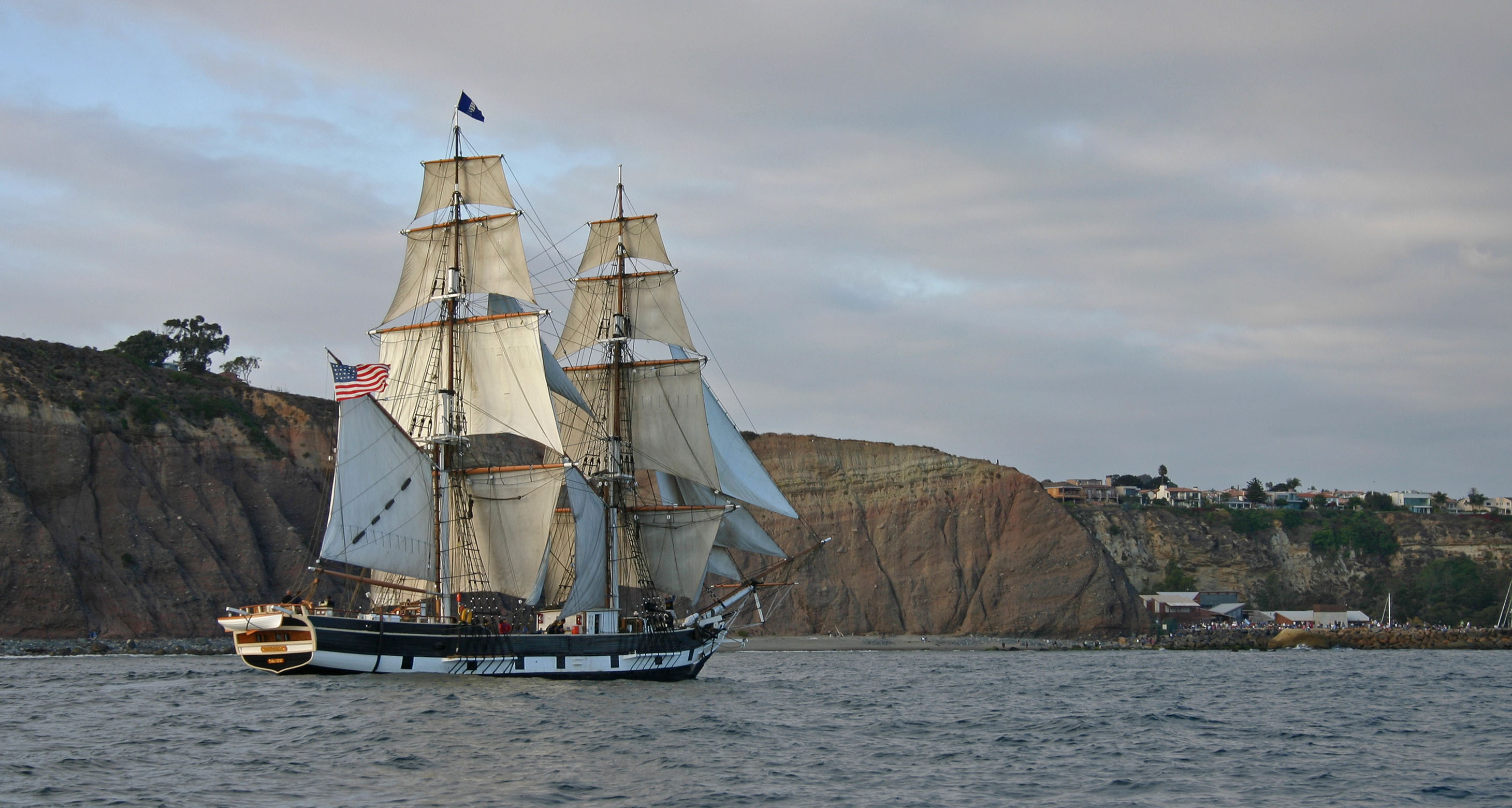 Pilgrim Demolished, No Determination of Cause for Sinking

For those hoping to receive closure on what specifically led to the Pilgrim’s demise, the community may never know.

Dana Point’s iconic tall ship was demolished and removed from its slip at Ocean Institute after it was determined the vessel could not be safely raised for inspection.

The Pilgrim, once a three-masted schooner that was a full-sized 1945 replica of the merchant ship that Richard Henry Dana detailed in his classic novel Two Years Before the Mast, keeled overnight between Saturday, March 28 and Sunday, March 29 and sank in her slip at Dana Point Harbor.

Staff planned for a crane to lift the Pilgrim out of the water on Thursday, April 2 for inspection to determine the cause of its sinking. But U.S. Coast Guard halted the operation when crews heard loud cracking and deemed the plan unsafe. Had the vessel been fully raised, inspections and determinations would have been conducted by multiple entities, including the insurance surveyor, U.S. Coast Guard, and an additional surveyor that Ocean Institute had retained to understand the cause.

Since then, all agencies involved subsequently made the decision to pivot from the removal of the Pilgrim to demolishing the vessel in its slip.

The barge crew began conducting the demolition and removal process on Tuesday, April 7. The removal was performed piece-by-piece over several days with extreme caution, enabling Ocean Institute team members to salvage select items for possible future display, according to Wendy Marshall, president of education and operations for Ocean Institute.

While the Pilgrim was last valued at $6 million, the same dollar amount does not necessarily equate to its insurance coverage. The vessel was surveyed during Pilgrim’s last haul out, at which time the marine surveyor provided a market value, or insurable value. Ocean Institute placed the insurance for the hull according to the surveyor’s recommendation, a limit that is customary for a vessel of Pilgrim’s type, size and age, Marshall said.

As for talks of a future tall ship, Marshall says the Ocean Institute staff is discussing all options and opportunities.

“The Ocean Institute is grateful for everyone’s involvement in this process, from the divers and U.S. Coast Guard to the crane barge DB Salta Verde and county agencies,” Marshall said in a statement. “Once fully demolished, the Ocean Institute will assemble a task force to determine how to move forward with thoughts on replicating the experience the Pilgrim provided for nearly 40 years.”

For those wanting to make a donation to Ocean Institute to help overcome costs associated with the Pilgrim’s demise, as well as income shortage from canceled fundraisers and events, patrons can do so directly at ocean-institute.org.