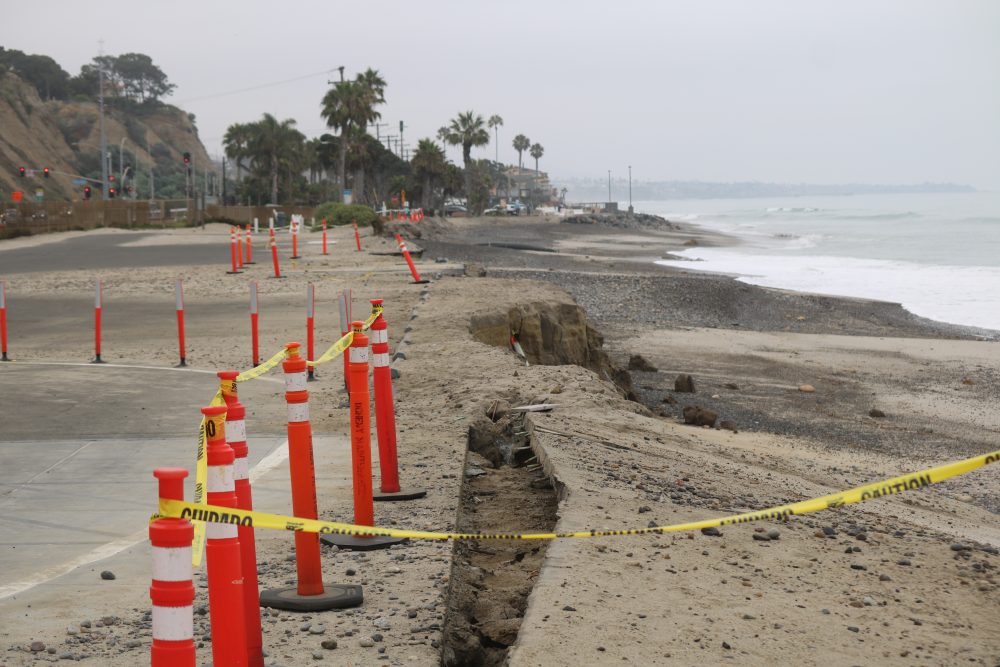 As Capistrano Beach sees more damage along its trail and parking lot, a local resident has initiated a petition in support of OC Parks as the agency pursues approvals from the California Coastal Commission to move forward in preservation.

Capistrano Beach reopened to the public after losing its boardwalk structure to inclement weather and high tides and then undergoing demolition of its basketball court and restrooms in May.

The area near the basketball court and boardwalk had been closed off since November, when a portion of the boardwalk and steps collapsed due to high surf.

OC Public Works installed more than 1,000 tons of rocks in place of the boardwalk and officials had advised the public not to enter the closed-off portion of the beach. Crews brought in 475 sand cubes and installed riprap rock.

Since then, Capistrano Beach has seen more damage to its parking lots and palm trees.

“OC Parks made a valiant effort to reopen the park to public use by Memorial Day. 2019. Today it consists of beach, parking lot and a few fire pits, and although considerably changed, it continues to be a scenic and popular destination,” the petition states. “Sandbags, rip rap boulders and k-rails protect the remaining infrastructure while the County makes plans for longer term park restoration.”

Nelson says she recognizes that coastal erosion will continue, but that she applauds OC Parks for their willingness to spend public funds on reasonable efforts to keep the pathway intact for the next few years.

“Without this path, pedestrians would be forced to climb a bridge and hike along busy PCH in order to travel between these popular beaches. Bicyclists and the handicapped would have no uninterrupted access,” the petition states. “We, the undersigned, support OCParks’ efforts to restore this iconic path and protect it via necessary armament, preserving public access until a long term solution can be forged.”

In regards to the petition, Charlene Cheng, a spokesperson for OC Parks, provided the following statement: “OC Parks continues to work with the California Coastal Commission to preserve public access between Capistrano and Doheny Beaches. We are unaware of their timeline for review on this project, and we are hopeful for a quick and positive resolution.”