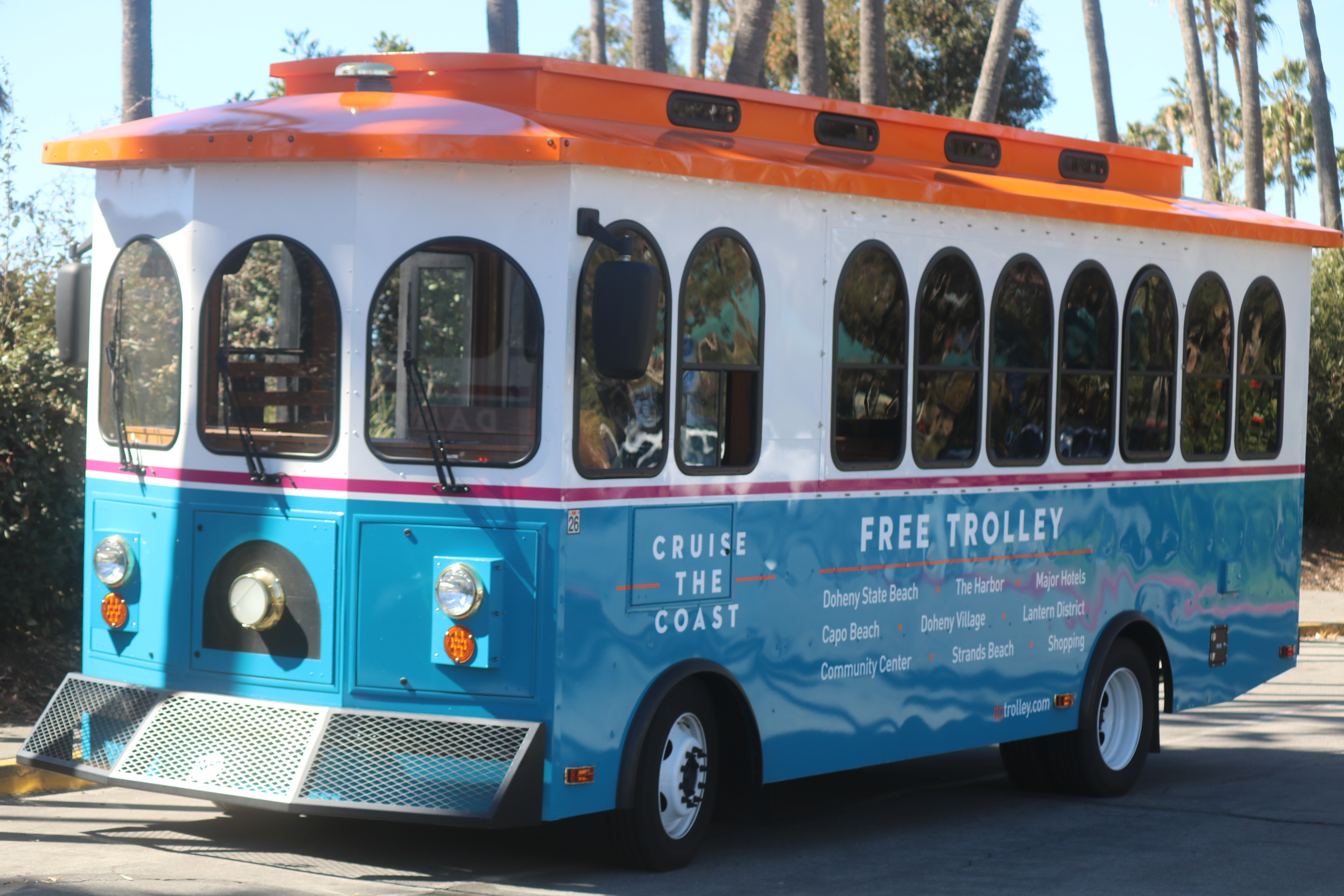 A former city council candidate has filed a complaint with the state’s Fair Political Practices Commission, questioning the relationship between the organizers of the annual Trolley Hop and one of this year’s sponsors—a political action committee rife with controversy during last year’s city council election.

Charles Payne, who lost his bid for a seat on the council in 2018, is accusing the Dana Point Lantern District Alliance (DPLDA) of acting on behalf of the Dana Point Taxpayers Association (DPTA) by collecting contributions for the PAC through its sale of mugs needed to participate in the annual Hop.

“It appears that the DPLDA is either an unregistered political action committee working in conjunction with DPTA, or an alter-ego acting as a clandestine fundraising arm of the DPTA,” Payne stated in his June 16 complaint, noting that the Alliance’s webpage has been “scrubbed” of all of its membership names.

The Taxpayers Association has faced political backlash and is currently the subject of a lawsuit accusing the PAC of making libelous statements through its series of political mailers sent out to voters leading up to last year’s election.

The Lantern District Alliance says that the Taxpayers Association’s role in this year’s hop was to offset the costs for producing the mugs, also denying allegations that the funds were raised for the PAC, which was a first-time sponsor this year.

“This year, the Dana Point Taxpayers Association (DPTA) offered to be one of the sponsors for the Trolley Hop in the event there was a financial shortfall, which would help to keep the price of the Trolley Hop mugs at the low price of $10,” the Alliance said in an emailed statement.

“In the end, there was not a shortfall, and financial support from the DPTA was not needed after all,” the Alliance added. “The DPTA neither contributed nor received funds from this event.”

Cindy Monroe, a member of the Alliance and the event’s organizer, explained that the Trolley Hop was created to encourage ridership for the city’s free summertime trolley service, as well as promote businesses in the Lantern District.

To participate in the Hop, patrons needed to purchase the mugs for $10 at participating locations. With the mugs, participants could use the trolley to head to a number of restaurants throughout Dana Point and receive discounted menu items.

The Taxpayers Association was among several sponsors of the fifth annual Trolley Hop, including LIBRE Tequila and New Vision Graphics & Signworks, according to the Alliance’s website.

During the June 15 event, state Assemblymember Bill Brough, a former Dana Point councilmember, posted a photo of himself and Mayor Joe Muller alongside Alliance members promoting the outing, calling it the Dana Point Taxpayers Association Trolley Hop—setting off a social-media storm.

Requests for comment from Brough’s office had not been returned as of press time.

In his FPPC complaint, Payne called the photo “troubling,” because Muller and fellow Councilmembers Jamey Federico and Richard Viczorek, who won their campaigns in the 2018 election, “were the beneficiaries” of the Association’s political spending.

Community voices were also quick to condemn the City of Dana Point, believing the event had the appearance of being a city-sponsored endeavor, as signage displayed around Dana Point to promote it used a similar color scheme to the city’s branding.

City Manager Mark Denny has stated the city was not involved in the Hop other than to give the Alliance permission to hang its banner promoting the event outside the trolley.

“So we do let them do that, and it runs basically the week before the event,” Denny told DP Times. “And all it says is the Trolley Hop and the date. It doesn’t list the sponsors.”

Denny was asked whether the city believed the Hop to be a fundraiser for the PAC.

“You know, I don’t know. I guess, theoretically, it could be, but I never had a sense that it was a fundraising event,” he said. “My sense was it was always more of an economic development event for the restaurants in town.”

The Lantern District Alliance responded to the criticism it’s received over the Association’s sponsorship by stating some in the community “choose to see everything through the prism of partisan politics.”

“These are the same people who advocate boycotts on local businesses that do not share their political view. I hope the residents of this great city reject this negativity and allow this event to continue,” the Alliance stated. “Allowing this event to be canceled in the future would be a sad day for our city and a sad statement of the state of local politics in our town.”