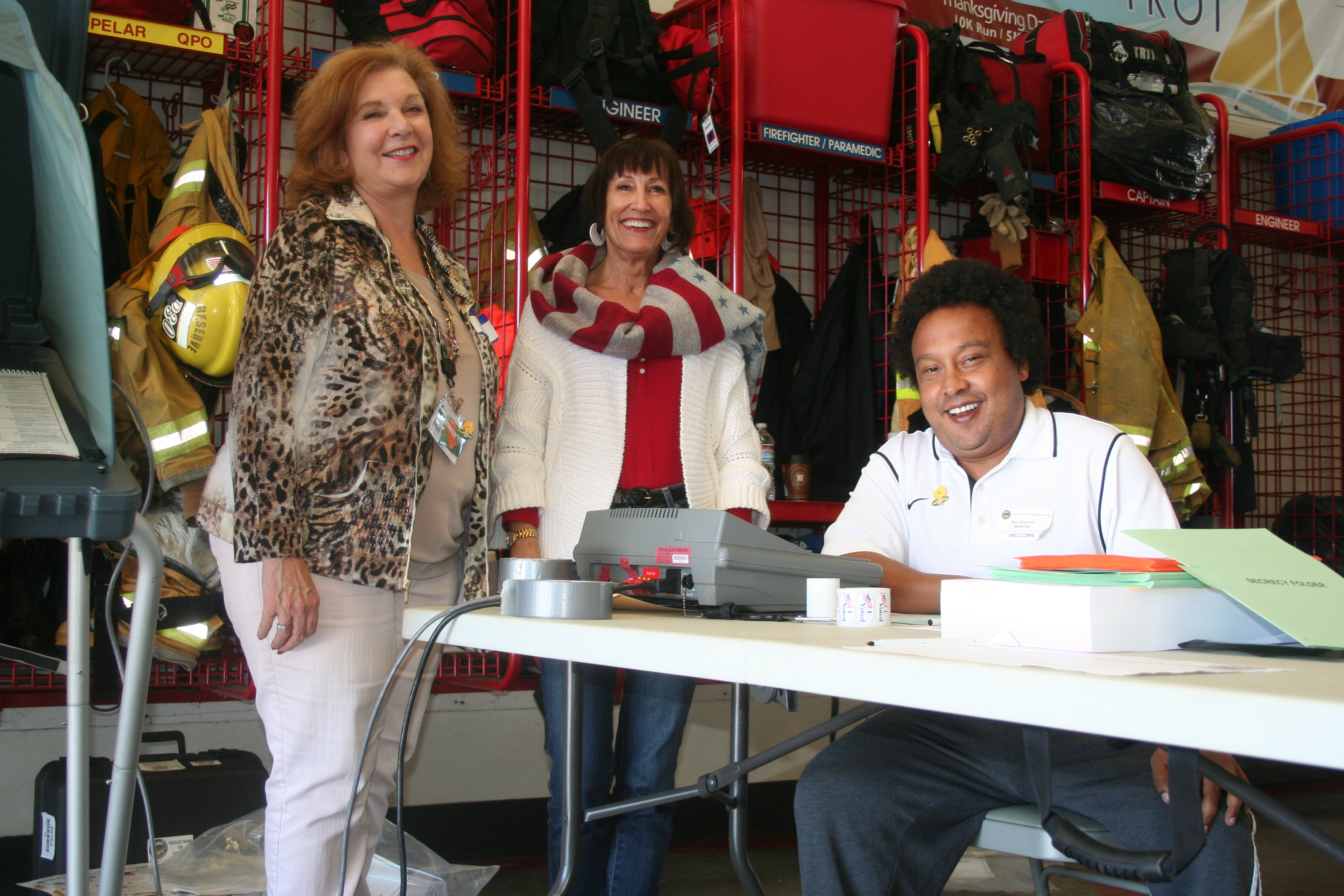 Volunteers play an integral part in the election process, and although every polling place in Dana Point on Election Day Nov. 4 was covered, this year manning the city’s 14 locations was more of a challenge than usual, volunteers said. They also shared their patriotism and pride for our country as top reasons for choosing to serve as poll workers.

This year was particularly challenging to find volunteers, said John C. Smith, who has been volunteering for 16 years.

“I do this because it is a public service,” Smith said. “If nobody does this, then the election process fails. This year they had a hard time finding people to work the polls.”

Volunteers not only volunteer their time the day of, they attend trainings, provide polling locations, pick up supplies and set up locations. Lana Bernstein, a volunteer since 2002, helped out again this year.

“If we don’t have volunteers, it makes it difficult to come and vote,” Bernstein said. “And we want to exercise our right to vote.”

Any registered voter in the state of California, who is not on parole for a felony conviction or a registered sex offender, can volunteer. Students who are 16 or 17 can also volunteer as a part of the student program.

“It’s giving back to the community,” said Randy Deguzman, a second year volunteer. “I want to be a proud American citizen after emigrating from the Philippines.”

Janet Cook-O’Connor, a two-time volunteer, was inspired by her mother to work at the polls.

“Well I just feel it’s our right as Americans to do this,” Cook-O’Connor said. “We have the privilege and freedom to do this. Many other people in the world are denied a free election.  My mom did this for a number of years while I was in high school and that was my example. “

Recruiting volunteers is a year-round effort, according to Orange County Registrar’s Office officials. A popular day to attract new help is Election Day. Voters arriving at the polls are offered an opportunity to sign up on the spot for upcoming elections.

After casting her votes Tuesday afternoon, Rita Lapple signed up as a future volunteer. Her patriotism is what inspired her to make the decision, she said.

“I am an American and I love this country and I want to do anything I can to preserve it,” Lapple said, adding that coming to vote at a polling place in person is her preferred method of voting. “One time we voted by absentee and we found out they don’t have an actual count of the absentee ballots until three weeks later and I don’t like it. (Voting at the polls) makes me feel me feel proud to be an American and that’s what every responsible citizen should do.”