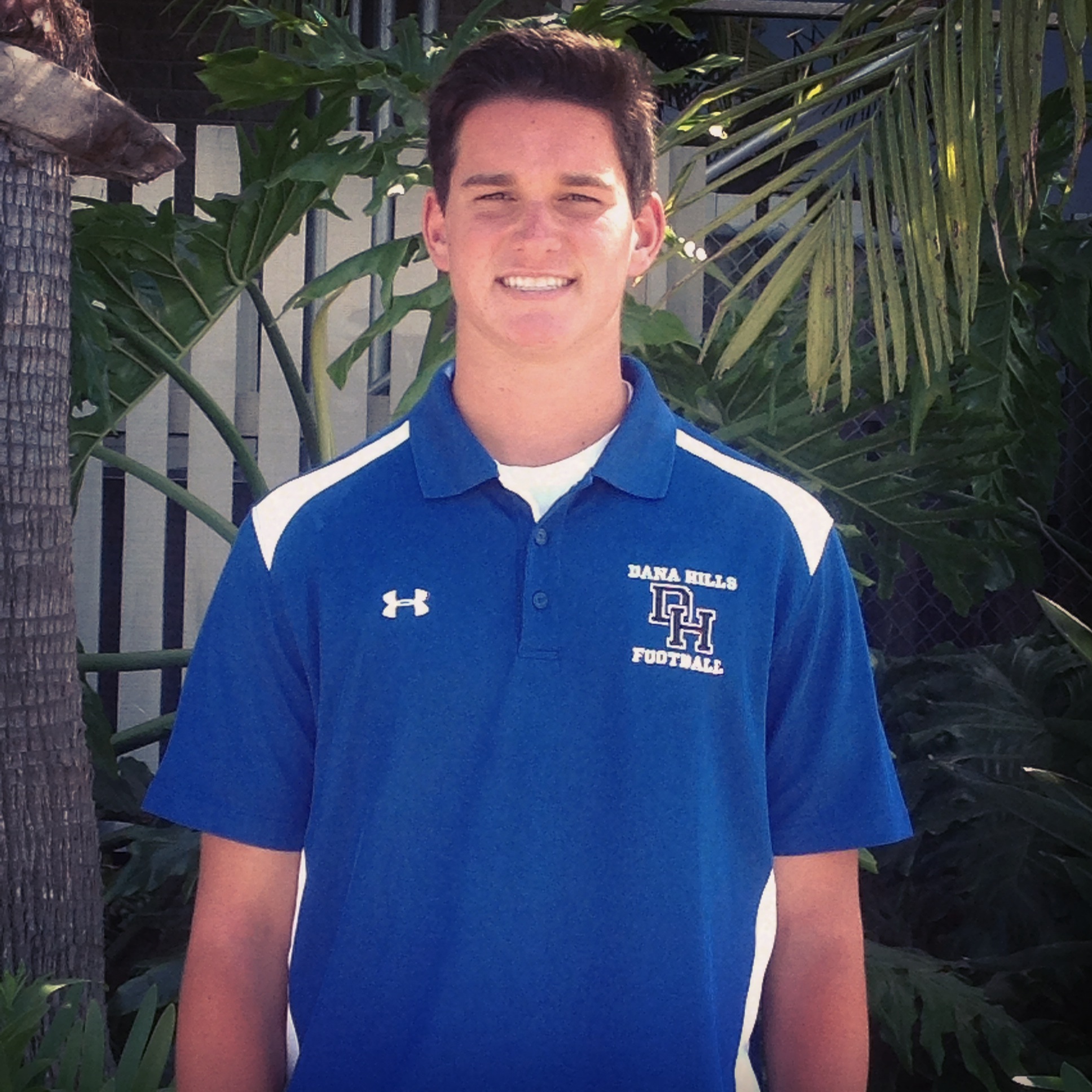 It’s that time of year when high school football teams begin to take shape and test their skills against regional opponents in passing league tournaments.

The Dana Hills High School football team has had a positive start to their passing league season, finishing with a 4-1 record at the San Diego State University Passing Tournament on June 14.

The Dolphins cruised to an undefeated record in pool play on the first day of competition, winning four consecutive games. Dana Hills defeated Scripps Ranch, 16-13; La Quinta, 29-14; Madison, 21-20; and Crawford, 31-14, before losing to eventual tournament champion Hamilton of Arizona, 27-6, in the knockout section of play. Hamilton was a 2013 Arizona Division 1 State finalist.

The tournament run in San Diego came on the heels of a semifinal effort in the Dolphins’ own Airstrike Tournament on May 31. The Airstrike Tournament featured several top Southern California teams, including Santa Margarita, Servite and Edison. The Dolphins went 1-2 in pool play, knocking off Trabuco Hills, and won two games in the championship bracket. Dana Hills defeated Narbonne and Valencia before falling to JSerra Catholic 26-13 in the semifinals.

Soon to be senior quarterback Cole Wilber competed for the Dolphins at the San Diego tournament, and was recently offered by Northern Arizona University, according to head coach Todd Rusinkovich.