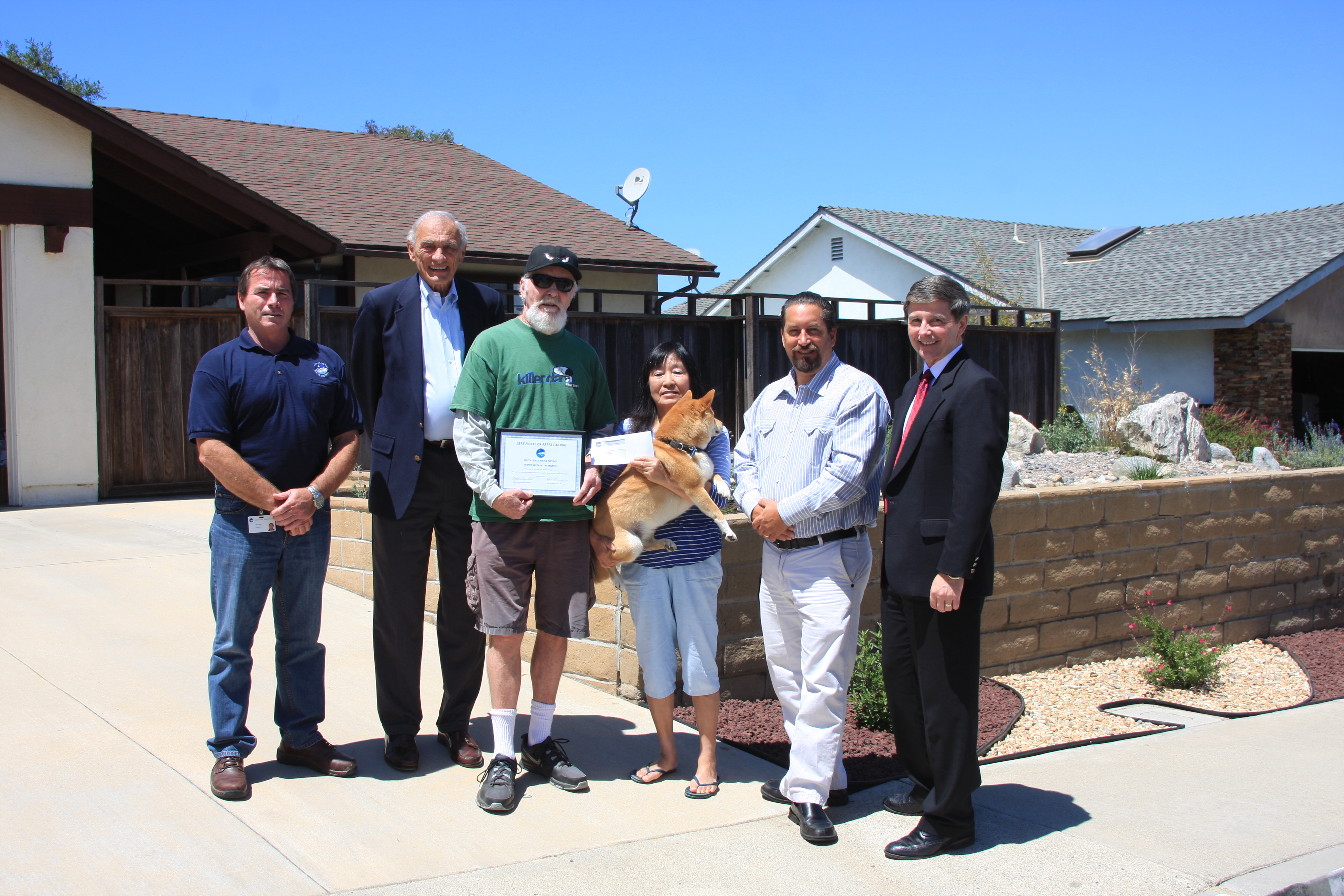 In last week’s issue, we spoke with South Coast Water District Board President Wayne Rayfield and General Manager Andrew Brunhart about local effects of and response to the ongoing drought and the Governor’s ordered 25 percent water use reduction. That part of story, including discussion of local restrictions, enforcement and water rates, can be found here.

In part two of the story, we continue our discussion with Rayfield to find out more of his thoughts on current water woes and the ripple effects of a dwindling water supply. Here is more of what he had to say:

DANA POINT TIMES: What are your thoughts on the short- and long-term effects of the drought?

WAYNE RAYFIELD: People talk about the drought as a start and an end, but there is a body of thought supported by research that what we are seeing today is the new normal. So rather than a drought that may be over in a year or two, we may have to live with this for the next 30, 40 or 50 years. That’s why it is so important to take action. We do live in a coastal desert.

DPT: Have requirements for using recycled water for irrigation made an impact?

WR: We have seen a 25 percent or so increase in demand for recycled water in the last three years. That’s a good sign, because that basically means 100 percent saving of potable water used previously.

DPT: Do you expect to see restrictions getting more rigid?

WR: We may see more rigid enforcement from the state on their rules—they have the power to require water districts and municipalities to charge fines or shut off service to chronic over-users.

Metropolitan Water District of Orange County has the power to fine the entire district, which we don’t want to see, because a fine really does no one any good.

If our SCWD customers use more water than we are allowed under the new requirements, our water will get much more expensive and the cost will get passed on to our customers.

Some water districts are thinking about setting fines for overuse. It has not been implemented but is a possibility.

DPT: What can you tell us about groundwater supplies?

WR: Water districts like ours and San Juan are dependent on aquifers in the ground and these aquifers are in bad shape.

We have shut down our well in the San Juan Creek basin in September and San Juan shut down two wells and reduced pumping a few weeks later. The aquifers in many places are in terrible shape and so is the biology around them—plants, wildlife etc.

People should remember that the double-whammy—low precipitation and high temperatures—over the last year or so, was a recipe for disaster in that water supplies are shrinking while demand is increasing.

DPT: What are some ways the water district and the city are responding to this challenge?

WR: We did increase recycled water supply by adding a new facility on Aliso Creek, which generates more recycled water. It has been operational since late-February, early-March.

Coupled with that, SCWD is also increasing delivery capacity with new recycled water lines and fixing some bottlenecks that existed in some of the old lines,

We will be bringing recycled water down Golden Lantern and into the Harbor as the revitalization progresses. We’re working on the project now and street construction work should start in early May.

We also just recently added recycled water delivery along Pacific Coast Highway into the La Plaza Park area. The supply line is in and the project is nearly finished. We will be irrigating with recycled water there soon, I believe in early May.

Lantern Bay Estates will be converting their landscape irrigation to recycled water. That project is currently in the design phase, along with recycled water systems to other areas along Del Obispo.

The Lantern Bay Villas homeowners association has expressed interest in converting to recycled water, as have others.

The district also remains on the ocean desalination track. We have a project study still underway, funded by South Coast Water District with Laguna Beach and Metropolitan Water District. Of the original five potential partners—SCWD, Laguna Beach, San Clemente, San Juan Capistrano and Moulton Niguel—the only two really active are us and Laguna Beach. Our study continues to look at geophysical consideration for a desal plant and we also remain on the lookout for funding.

The pilot plant at Doheny Beach is shut down because we’ve learned all we need to know from that. We proved the concept of a slant well works well and protects sea life—the only system that most environmental groups support for water intake—and did some water quality testing.

We have also kept a close eye on improvements in technology and energy production methods for powering desal plants.

There are a few in the environmental community who feel the energy requirements for a desalination plant outweigh the benefits. Based on the research I’ve done, there have been developments that will reduce the energy requirements for ocean desal over time and will continue to improve. Both areas are being worked on globally and water districts are watching that closely.

DPT: How are citizens responding and what more can they do?

WR: We have a number of people in our community who are doing what they can, including removing lawns and changing landscaping to drought tolerant and native plants, and we have ways of thanking them, via their pocketbooks, for their efforts.

South Coast Water District offers rebates of $2 per square foot for removing lawn, but it should be noted that people need to contact us before beginning a project. Doing anything, including letting a lawn go dry, will result in ineligibility for the program.

We have also begun a Water Saver of the Month program to reward those who may not qualify for rebates but have completed water saving landscape projects with a $500 check for their efforts. Residents can nominate themselves or their neighbors. Water district personnel are also on the lookout for such projects.

Those interested in finding out more about what they can do to help, should visit the conservation page on our website at www.scwd.org. There is a ton of information about rebates, lawn removal, and other items such as low-flow toilets, shower heads, smart irrigation systems and more.

Wayne Rayfield developed a passion for ocean water quality while a member of the Dana Point City Council from 1999 to 2006. He started the city’s Ocean Water Quality Subcommittee and was also the prime mover behind the Salt Creek ozone plant and a number of runoff diversion systems—bringing water from the streets to the wastewater treatment plant—primarily the J.B. Lathom Plant. This interest prompted him to run for a seat on the South Coast Water District Board where he’s been a director since 2009.

A pilot program of the South Coast Water District to provide added incentive for residents to complete water saving landscaping projects that won’t qualify for rebates, the Water Saver of the Month Award recognized the conservation efforts of water district customers with a $500 check.

This month’s winners are Yoko and Steve Jorgensen who live on Via Acapulco in the Sea Canyon neighborhood near Dana Hills High School.

“We like to save water,” Yoko said. “We don’t use much water to begin with but I always feel guilty watering. Antonio Torres Landscaping helped us with the work. He was so good we are giving him a $100 bonus from our prize and donating the rest to the Nepal earthquake fund.”

The Jorgensens were the program’s second awardees.

The program was unanimously approved in January by the SCWD board for six-month trial period. Nominations for the monthly award—by SCWD staff, homeowners or neighbors—should be submitted to the district’s customer service center. Applicants under current rebate programs are not eligible. For questions, the customer service department can be reached at 949.499.4555 or custserv@scwd.org.[/box]