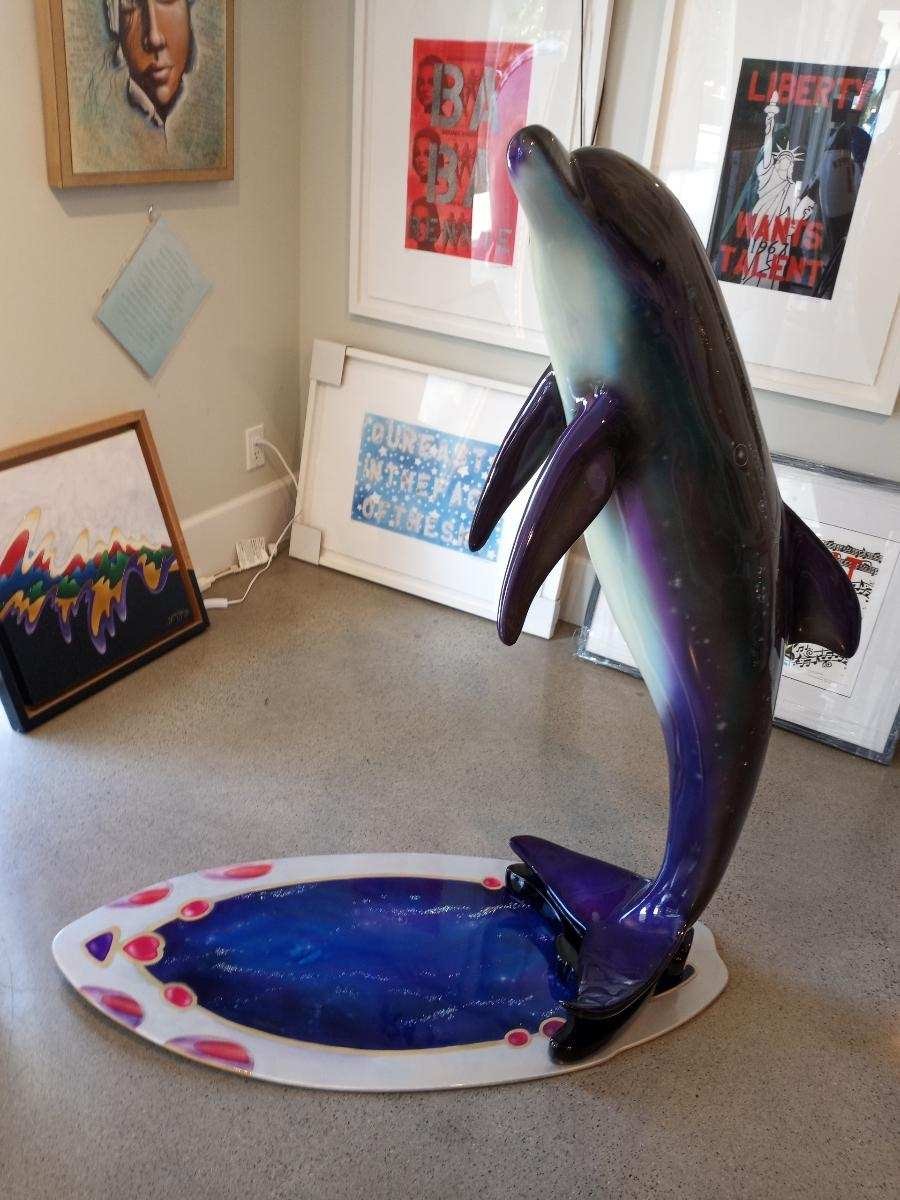 A painted dolphin statue on display at this past weekend’s Dana Point ArtFest has been reported missing. The statue was one of three displayed at the event as part of a larger exhibition aiming to raise awareness for ocean water quality and the safety of marine life.

The statue was officially reported as missing on Tuesday, June 7. A police report has been filed with the Orange County Sheriff’s Department, according Dana Yarger, the local artist heading up the exhibition. The statue is valued in excess of $5,000, he said.

During the Dana Point City Council meeting on Tuesday night, Mayor Joe Muller said the statue reportedly went missing at the end of the ArtFest, which took place in the Lantern District on Sunday, June 5.

“So, if anyone is listening and paying attention, if you see it, please report it,” Muller said. “We’d like to get that back.”

Anyone with information concerning the missing dolphin statue should contact Yarger at 949.276.7597 or stop by Gallery Dana Bay at 24682 Del Prado, Dana Point.