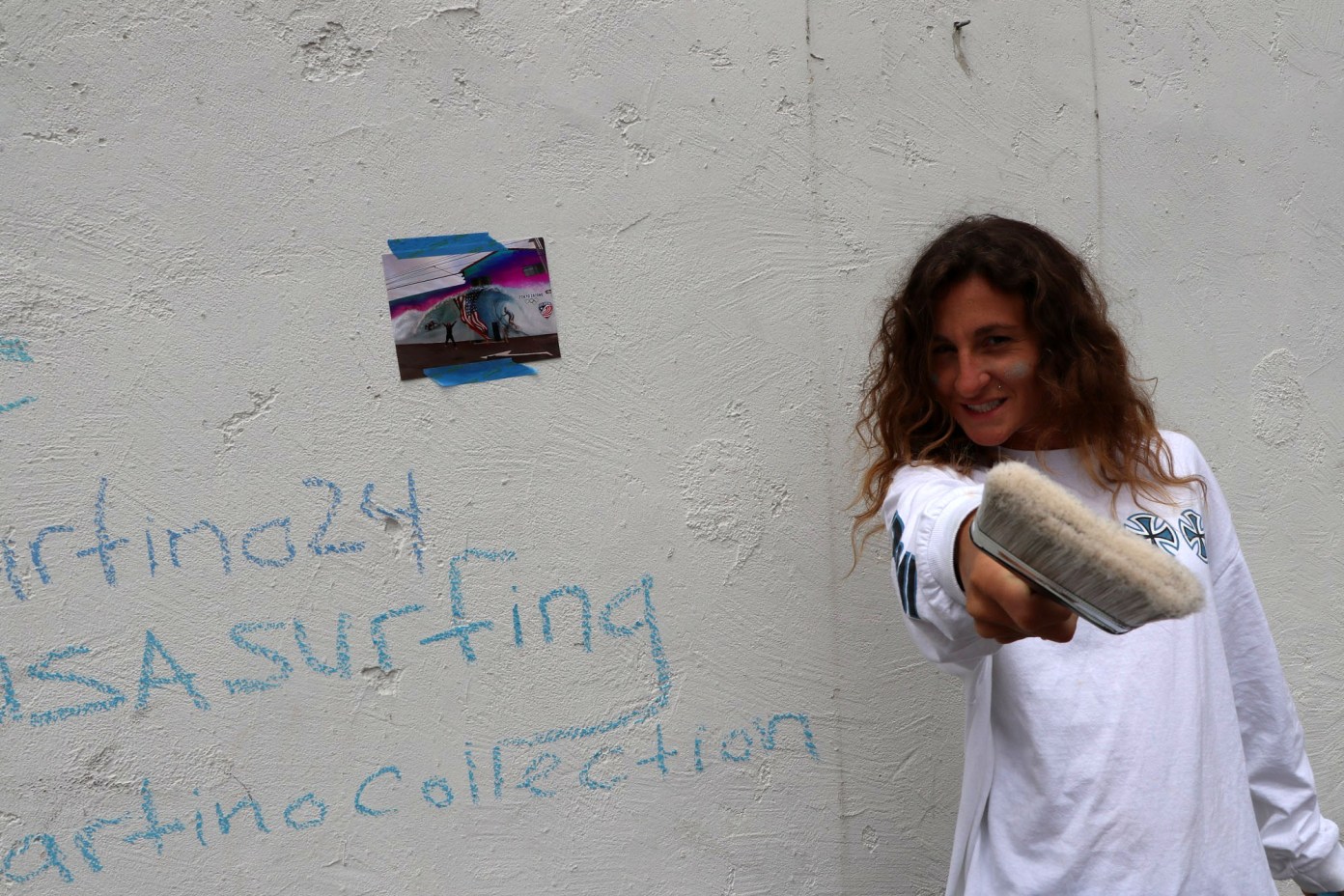 Paint it Gold: Artists Get to Work on Murals Honoring Local Olympic Surfers