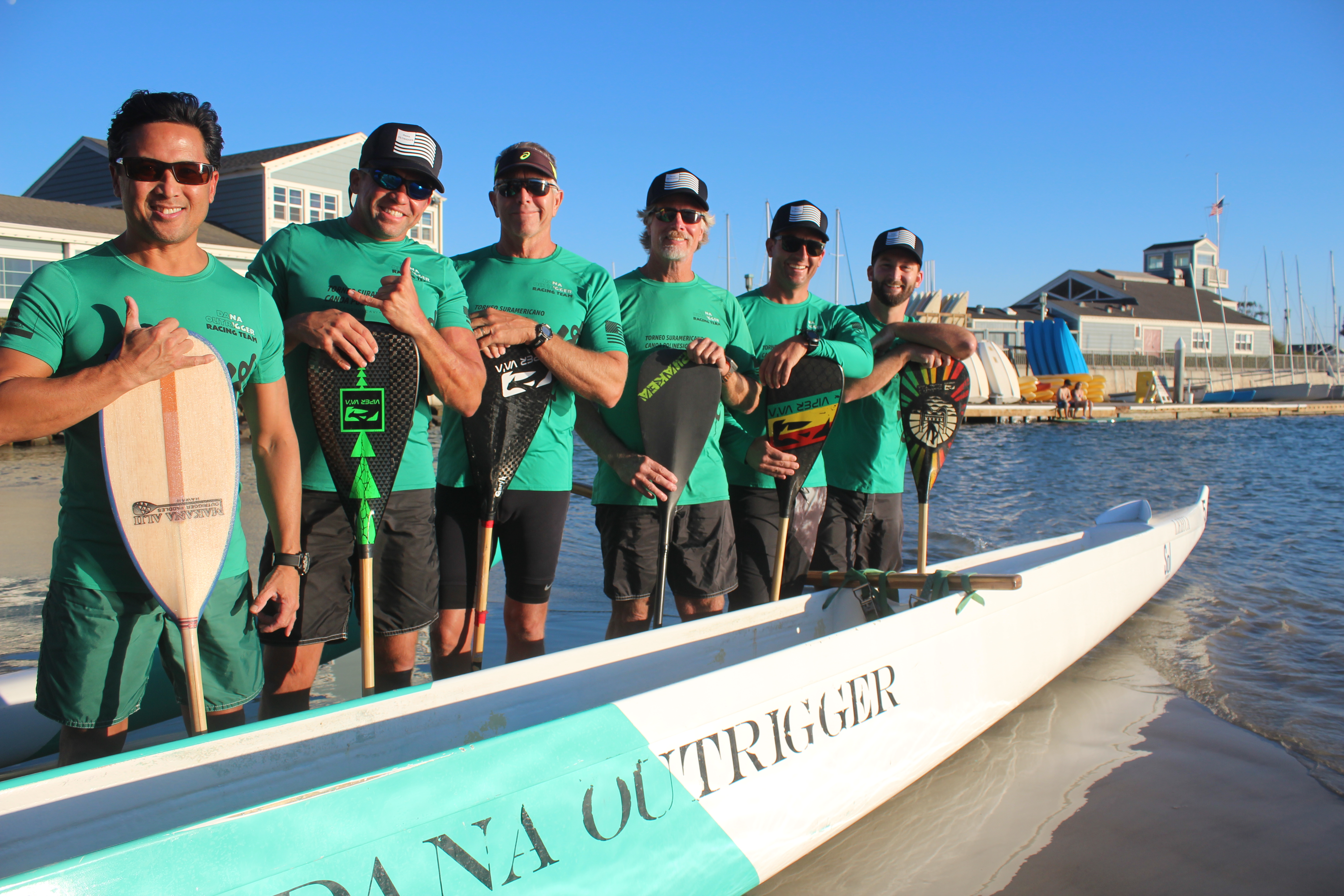 Paddling Out: Dana Outrigger travels to compete in Chile

While on a trip to Brazil last year to watch the top South American outrigger canoe clubs compete in their international championship, Jochen Spretke was amazed at the electric atmosphere surrounding the event.

There were television crews from every major local outlet on site, showcasing what was to be the biggest race on the South American outrigger circuit. Teams from Peru, Venezuela, Chile and Argentina were in attendance, and the competition was spectacular. Spretke, who is a member of Dana Outrigger Canoe Club in Dana Point, was inspired by the moment, and he wanted his club to be in on the action.

After months of planning and coordination with the host countries, Dana Outrigger is set to take its banner into uncharted waters. They will be competing in this year’s installment of the South American Canoe Championships in Valparaiso, Chile, from Nov. 17-20 as a guest team. It will be the first time a Dana Outrigger team travels to compete in South America in the club’s 46-year history.

Five Dana Outrigger members, a group that includes residents of San Clemente and Dana Point, will make the trek to Chile. The Dana Outrigger team will add its sixth member, a Brazilian steersman named Marcelo Bosi de Almeida, when they arrive in the country.

The Dana Outrigger team will be competing in the first division open race, which is the most prestigious heat at the event. Because they were invited as a guest team, Dana Outrigger will not be vying for a trophy. Though they may not be able to reach the podium, the fact that Dana Outrigger will be traveling over 5,400 miles for the competition still carries some weight.

“A lot of clubs around South America know Dana Outrigger. They know that we won (the Catalina Crossing) three times. They even knew our winning time and all of that,” Spretke, the team’s manager, said. “They are excited for us to come down there.”

Dana Outrigger members Manny Barela, David Brozowski, John Skorstad, Scott Bingham and Bryan Pesartic will be tasked with guiding their canoe 12 miles up and down the coast of Chile. The waters they will face will not be much different from the ones they train in off the coast of Southern California. Chile is known for having cold water and slightly larger swells, according to Spretke.

Spretke explained that outrigger canoe is a fast-growing sport in South America, and several clubs have been in rapid expansion over the last few years. Brazil has the most decorated clubs on the continent, and a strong club team from Easter Island, Rapa Nui, will be among the favorites in the heat.

Not every country competing in the South American Championships have storied histories, but they are on their way to building them. Clubs representing the host nation, Chile, have only been in existence for a few years and are still growing. The Dana Outrigger team is treating the trip not only as a competition, but also a goodwill mission. They plan on donating equipment and performance shirts to newly formed South American clubs that need them.

“We want to make a good showing because we’re the only team from the U.S. that’s going to be there. So we’ll be on display,” Skorstad, a San Clemente resident, said. “We’re definitely ambassadors for the U.S., and we’re going to present ourselves well.”

The Dana Outrigger team has been practicing and competing for the event for three months and placed first in their division at a tune-up race at the Parker Dam in Arizona last week.

The local team will compete in the South American Championships, head to Easter Island to paddle with the Rapa Nui team, and end their trip with a stop in Buenos Aires, Argentina.