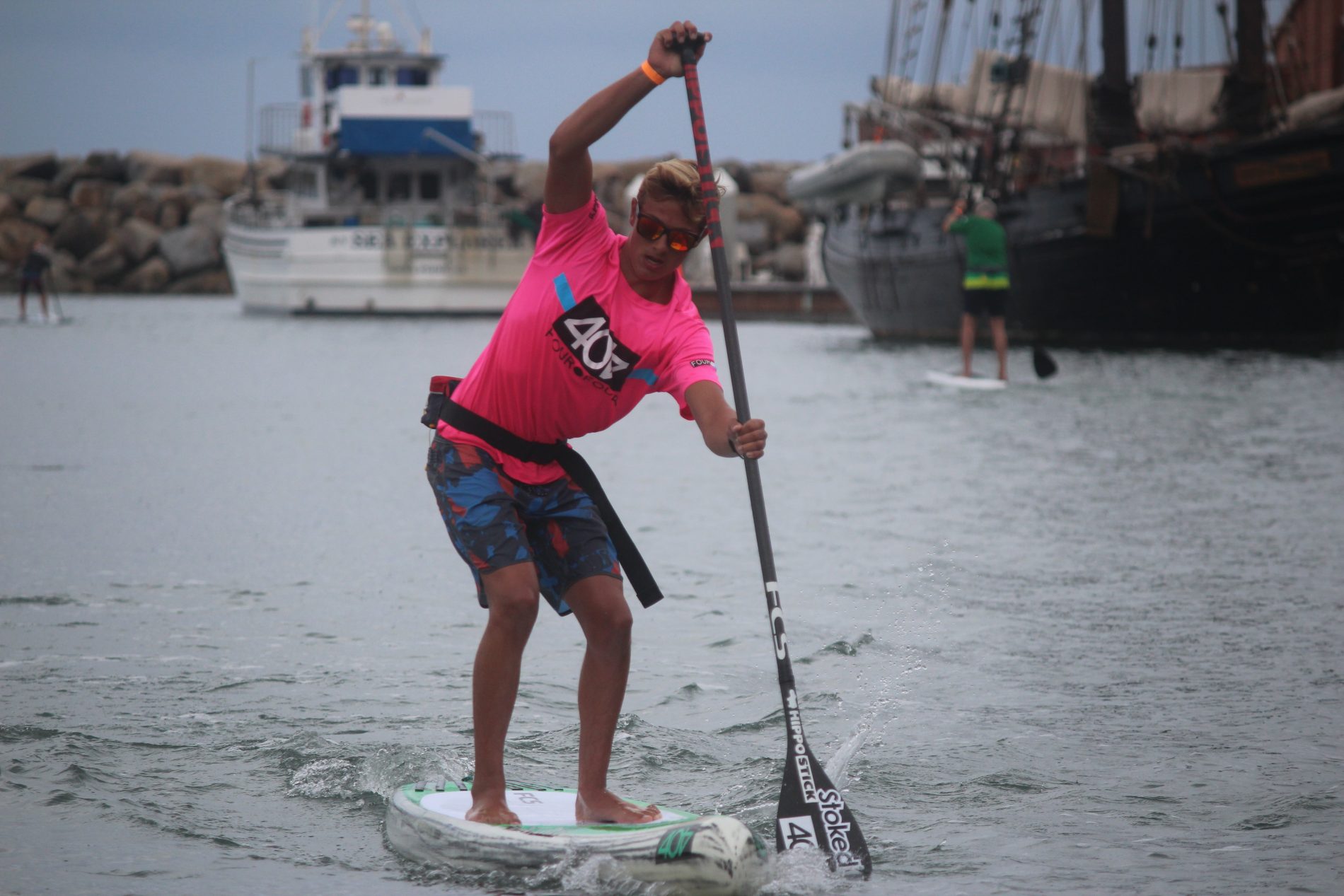 Back in the old days, before Instagram and Twitter handles stole our attention, the surf community was so small that everyone got a nickname. If you were a surfer coming out of the ’50s, you were given a name—some were heroic in nature, others, not so much. Greg Noll was famously “Da Bull” thanks to his larger-than-life persona and hearty physique. Dale Velzy went by the handle “Hawk.” And for decades now, Mickey Munoz has been known to friends and surfers around the world as the “Mongoose.”

The etymology of Mickey’s moniker harkens back to The Jungle Book. Originally published in 1894, author Rudyard Kipling included a short story in the publication titled “Rikki-Tikki-Tavi.” Billed as “the adventures of a valiant young mongoose,” the story revolves around a mongoose’s uncanny ability to outflank venomous cobras and overcome deadly odds with its cunning and smarts. The nickname is quite apropos.

Born in New York City in 1937 to an opera singer, Mickey shortly thereafter moved west with the rest of the Munoz family. By the time young Mickey was ten years old, he was a regular at Malibu. By the time he was 20 he was dating a woman named Kathy Kohner—who’s better known by her nickname, Gidget. Mickey even served as the stunt double for Sandra Dee in the Hollywood incarnation of Gidget. Those that know him well still chide him for donning a blonde wig and bikini for the part.

Eighty years down the track and Mickey’s still sticking and moving like a mongoose, still riding waves, still paddling, and still showing us all what it means to be a salt-of-the-sea waterman. This weekend, the annual Sport of King’s Mongoose Cup is coming to Dana Point. An all-day affair on Saturday, April 8, the race/expo/party is going down at Baby Beach in the Dana Point Harbor.

The event features paddle races for all age groups; from the very, very young to some of the planet’s most elite strokers. Registration starts at 7:30 a.m., with awards scheduled for 3:45 p.m., so get there early, load up on sunscreen and be prepared to go fast. And for those that reckon themselves more cruiser than racer, there’s no shortage of entertainment. For starters, some of the top stand-up paddle brands will be on hand demoing their latest and greatest gear and equipment. For those thinking of upgrading their board or paddle, it’s a great chance to try something new. For those picking up a paddle for the first time, there’s an opportunity to take a lesson and learn from the best. Safety courses will also be offered. There’s a midday yoga session. The first live band takes the stage at 7:30 a.m. and the after-party is guaranteed to keep going well after sunset.

Like most things in his life, Mickey was one of the early pioneers of stand-up paddling. After seeing Laird Hamilton at Malibu one day some years back, he sped back home to Dana Point, where he sawed off the blade of a kayak paddle, glued it to a broomstick and immediately started experimenting in the Harbor. His passion for stand-up paddling has only grown in the years since—which shouldn’t come as a huge surprise.

“When you’re surfing Pipeline, you need to commit totally,” writes Mickey in his new book, No Bad Waves. “You’re better off going for it than trying to pull back at the last second because the wipeouts when you pull back at the last second are way worse. You have to want it, and even though you’ve made a mistake and you know you’ve taken off too late or you can’t do it, you still need to go for it because it’s worse if you don’t. You can apply that one to life in general. Don’t be dumb. Don’t think you can stand in front of a train or jump out of an airplane without a parachute and flap your wings and fly. Don’t be totally stupid, but if you do commit to something, go for it. You’ll learn from the wipeouts. So, you take off deeper in the pocket and you might not make a lot of waves, but the ones you do will be the real rewards.”