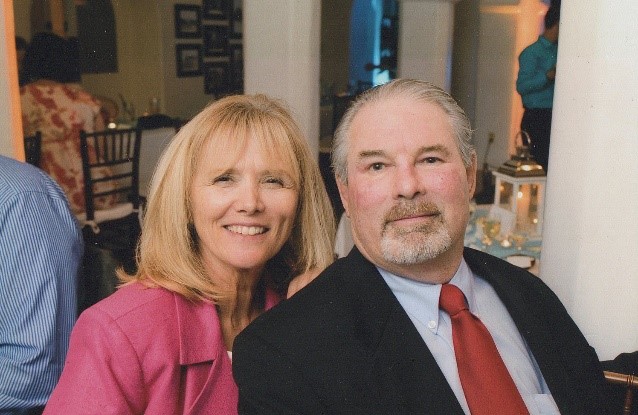 Richard Deffenbaugh, the owner of Dana Point Auto Service and longest-serving member of the Dana Point Chamber of Commerce, died on Monday, July 5—just a day shy of his business anniversary and days after his wedding anniversary.

Both Deffenbaugh and his wife, Geody, grew up in California—Richard Deffenbaugh in Anaheim and Geody in La Mirada.

“He always had that ‘no nonsense’ attitude. You couldn’t BS Richard. He’d see right through it. Sometimes, you never knew what mood you’d get with him,” Geody said with a laugh. “But he had a heart of gold. He loved to give back.”

When they first arrived in the South Orange County area, the combined population of Dana Point, Capistrano Beach and San Juan Capistrano was 4,000 inhabitants. Richard’s father worked for the Richfield Oil Company, and when a job opening came up at the Richfield Beacon Gas Station in Dana Point, Richard and Geody began their business and lives in the area. Their first home was in one of the historic apartments close to the business on Pacific Coast Highway.

“The Deffenbaughs remember the era: All stores were closed on Sunday except for gas stations; El Toro was strictly Leisure World and a Marine Base; Mission Viejo was only in the planning stage, and the area surrounding Dana Point was largely farmland and orange groves,” according to the Historical Society. “There was no harbor, though dredging had begun. The entrance to Doheny State Park was across the street from their gas station.”

Greyhound buses, a popular means of transportation then, stopped right outside their station. The Richfield Tower was a landmark for planes and ships.

Richfield Oil Company became the Atlantic Richfield Company (better known as ARCO), and by 1985, the company was changing the way its gas stations were to be operated.  Auto repair gave way to convenience stores, and the Deffenbaughs’ business was one of the first 10 to be changed over.

“Business sharply declined, since no one understood what a convenience gas station was at the time,” said Carlos Olveira, a former city councilman, local historian and former Dana Point Times columnist.

Richard responded by opening an auto repair shop next door and persuaded Geody to help run the AM/PM market “only for six months.” Geody ended up running the AM/PM for 27 years, until they sold it in 2009.

Geody and Richard raised two children, Darren and Janae, who attended local schools and went to college at UCLA. He is survived by his wife, children and five grandchildren.

In 2014, Richard was the guest speaker for the Dana Point Historical Society, when he presented the Richfield Tower Beacon on a custom-designed stand. The iconic beacon in Dana Point was first erected in 1928 as part of a chain of 36 towers on the West Coast. It was dismantled in 1971. Next to the station was a Flake’s Bros. Hamburger stand, located where A’s Burgers is now. In the ’70s, the state widened Pacific Coast Highway, which required Richfield to move the 125-foot tower. The cost to do so was prohibitive, and it was taken down. Deffenbaugh kept his eye on that flashing beacon.

After presenting the beacon to the Dana Point Historical Society in 2014, it now stands in the DPHS museum.

“Richard had an immense impact on Dana Point and our organization. As our longest-standing member and someone who was involved on our Board of Directors and all of our various committees, his dedication and passion for this community and giving back is unrivaled,” said Vickie McMurchie, executive director of the Chamber. “We are so grateful for the time we had with him, and his presence will be very missed.”

But beyond his business and involvement with the Chamber, many knew him as “Coach Dick.”

“He loved coaching youth baseball,” Geody told Dana Point Times. “He was always trying to make sure kids had a better opportunity—especially the troubled kids. He understood them and wanted them to succeed.”

Geody says since Richard’s passing, many of Coach Dick’s former players have reached out to express the impact he had on their lives.

Richard had been diagnosed with cancer in May 2020 and had been fiercely battling other health issues, including the aftermath of a 2008 heart transplant, Geody added. He was 74 years old at the time of his death.

The Deffenbaugh Family plans to hold a celebration of life in September.

For now, Geody asks that anyone wishing to make a donation on Richard Deffenbaugh’s behalf make a contribution to the Dana Point Chamber of Commerce’s scholarship fund in his name.

Editor’s Note: A previous version of this story misstated Geody and Richard Deffenbaugh’s wedding date. The couple got married on June 30, 1969.