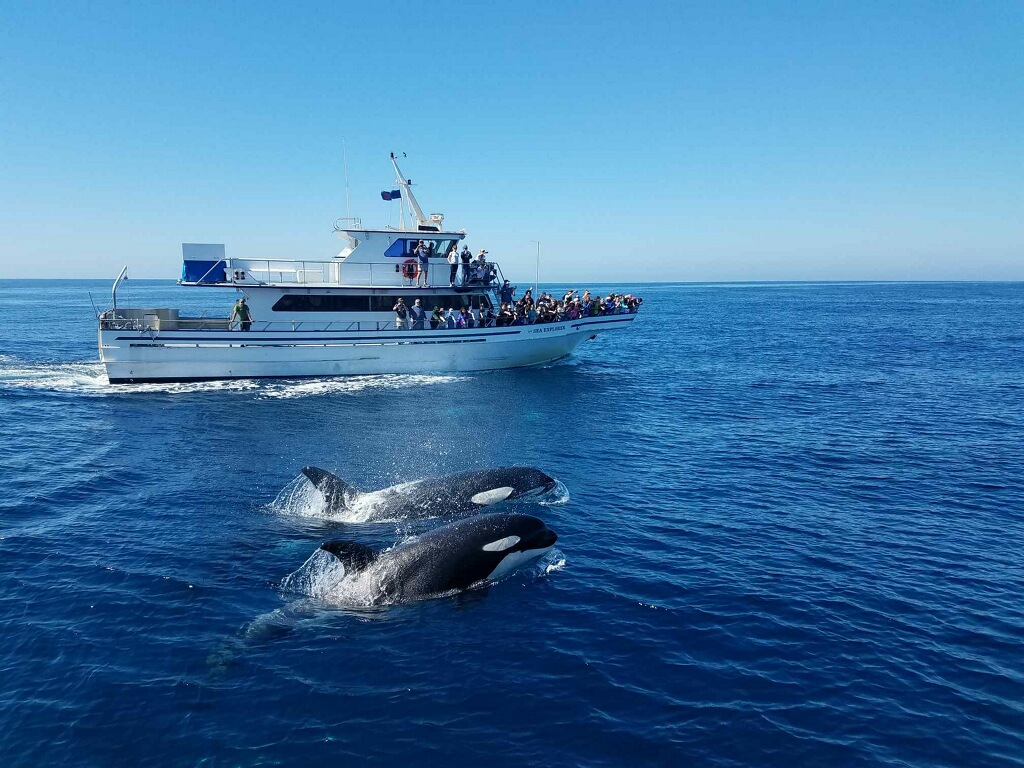 Boaters near Dana Point and Laguna Beach were in for a treat as rarely seen orca whale pods were spotted traveling south to north along the South Orange County Coast on Oct. 6.

Mike Bursk, captain and manager of the Ocean Institute’s Sea Explorer, was out on the water during one of the Ocean Institute’s daily educational tour with a group of fifth-graders and their chaperones, when the call came in from captain Alex Shaw, of Newport Coastal Adventure, who was offshore of Aliso Beach in south Laguna. In total, two pods were seen, or a total of 10 whales.

Bursk said his group aboard “quickly dropped academic pursuits” and set off to see the orcas that were relatively close.

Bursk, a career captain and watermen, said that he has only seen orcas six times in his life, and that his students and chaperones “couldn’t wait to see them.”

According to Bursk, orcas are a highly unpredictable species in terms of movement and it’s rare that they were spotted approximately two and a half miles off of the coast. Largely nomadic, the pods occasionally seen along California’s coast often prey upon the region’s abundant pinnipeds.

The CA51 pod sighted on Oct. 6 generally spends most of its time in the waters surrounding Monterey, and was last seen in Southern California in 2015. It has been even longer for the other pod seen on Oct. 6, CA 216, which was last spotted off the coast of Dana Point in 2013.