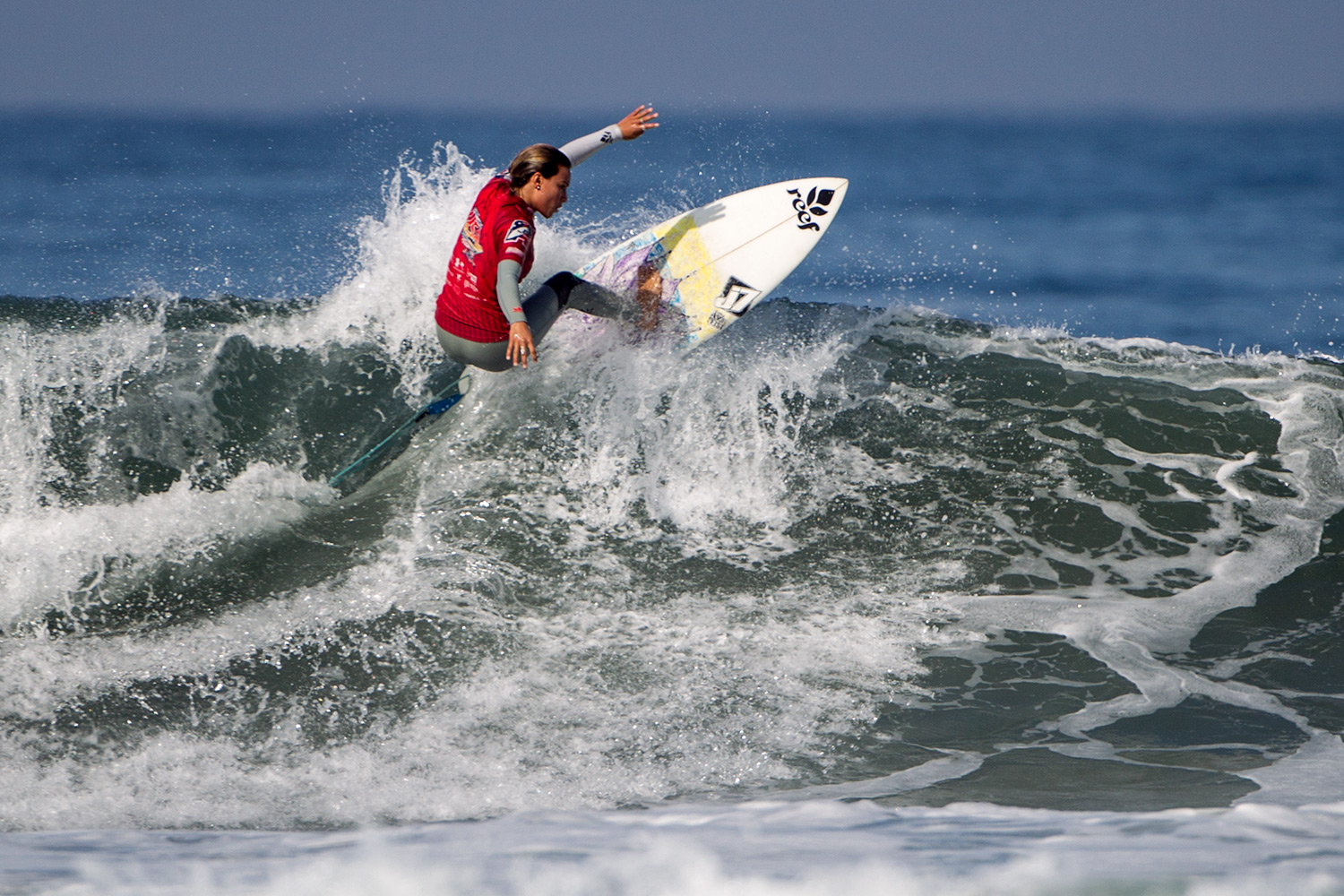 Spectators, event staff and surfers were pleasantly surprised last weekend when a combination of swells brought unexpectedly good chest to overhead waves to the Oceanside Harbor North Jetty for the final Surfing America Prime event of the season. But what wasn’t surprising was the pure wave riding prowess in the lineup that led to eight of 20 podium spots and all five season titles being awarded to local surfers.

Skies were blue, the water sparkled and the sun shone down on the May 31 to June 1 event, providing a perfect backdrop as the talented pool of the West Coast’s best under 18 Prime athletes vied for the 2013-2014 season’s final points and championship titles.

This year’s Prime series competitors have proven junior surfing in the U.S. has a bright future both stateside and on the world stage, said Greg Cruse, Surfing America’s executive director.

“When we kicked off the first Prime season, there was skepticism among the judging panel as to whether the U14 boys had the ability to surf to ASP standards,” Cruse said. “Now, six seasons later, even our 12-year-olds surf like experienced professionals, using their rails and throwing first-turn full-rotation airs. These kids are going off.”

Although every heat of the two-day event featured inspired, high-performance surfing, one of the most adrenaline inducing heats of the contest came during the Boys U18 Semifinal No. 1.

Jake Davis of Capistrano Beach came out on top with a combined two-wave total of 16.10 (out of 20) to runner-up Ryland Rubens’ (San Clemente) 15.00. Ryland claimed the highest wave score of the day, 9.0, prompting cheers and applause among spectators for his near-perfect performance on what would become his back-up wave.

In the finals, Cole Houshmand of San Clemente took the win in Boys U14, striking first with a 6.17—the second highest wave score of the heat—on his first wave and holding on to that momentum throughout. Ventura’s Eithan Osborne was hot on his heels late in the heat but Houshmand managed to keep the lead, earning a combined two-wave score of 11.80 to Osborne’s 11.57 at the final buzzer. After tallying the full series’ scores, the season champ title went to Osborne.

The Girls U16 final was taken by San Clementean Malia Osterkamp who managed to pull off two buzzer beaters, a 5.83 and a 4.90, to overtake La Jolla’s Tiare Thompson, 10.73 to 10.50, after Thompson held the lead throughout the majority of the final. Meah Collins of Costa Mesa was the division’s season champion.

San Clemente’s Tia Blanco was the big winner and season champion in Girls U18. The finals heat saw Blanco take out runner-up Frankie Harrer, of Malibu, 10.47 to 9.07, in an exciting exchange of waves in the 4- to 5-point range, late in the heat.

The day’s top performance came from Griffin Colapinto, also from San Clemente, who took the wins in both Boys U16 and U18, along with season champ titles in both.

The season’s final event serves as the culmination of the hard-fought competition to qualify for spots in the upcoming Surfing America USA Championships, set for June 13 to 15 at Church Beach and June 17 to 21 at Lower Trestles.

Invitations were scheduled to go out the week of June 2.