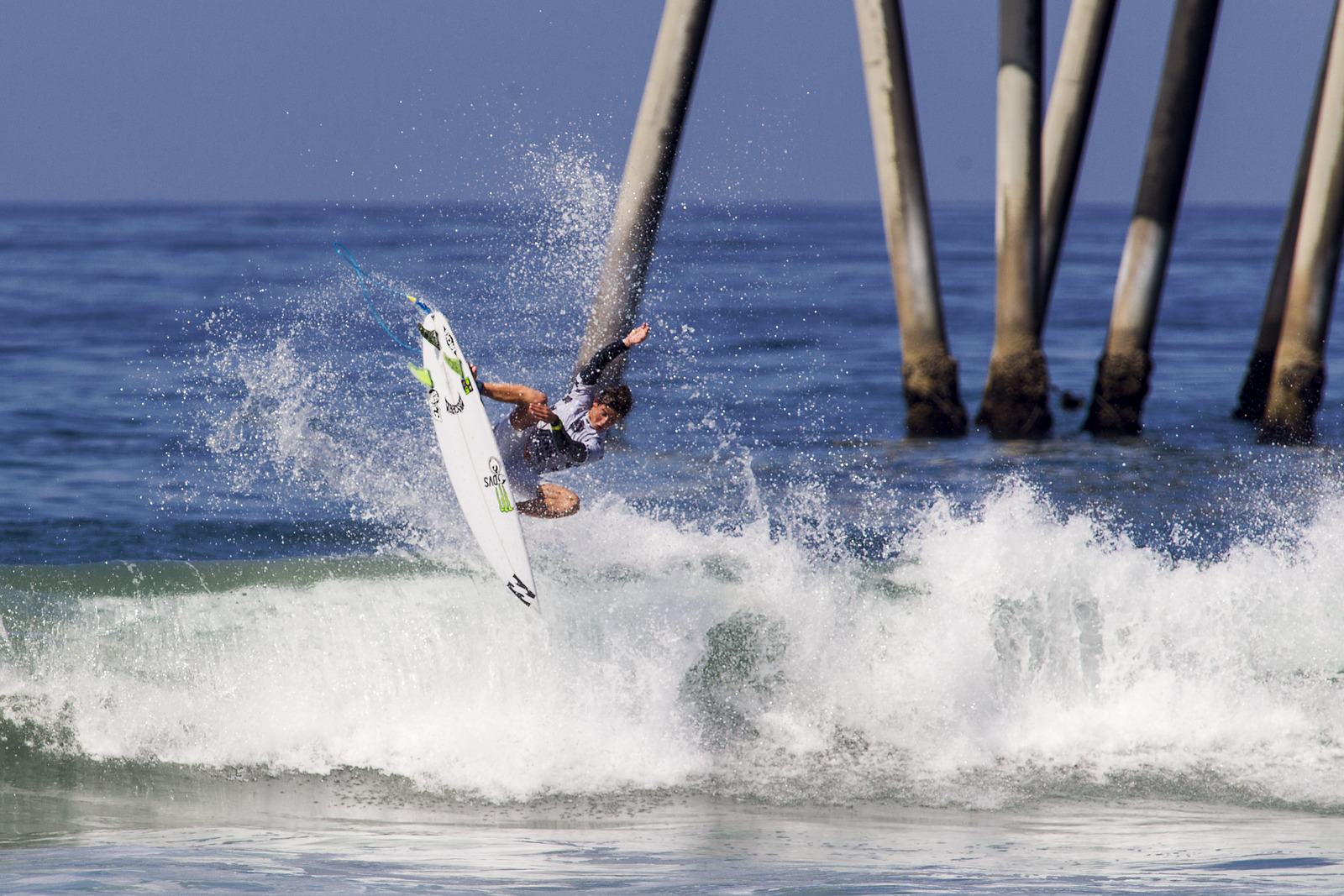 It’s been an eventful week for competitive San Clemente surfers. As one local pro earned a wildcard spot for the September Hurley Pro Event, other San Clemente groms and seasoned surfers progressed through the Vans US Open of Surfing Men’s Qualifying Series and Pro Junior competitions.

Tanner Gudauskas, 28, of San Clemente won the local pro wildcard spot at the Hurley Pro Trials and will have a chance to compete in the Hurley Pro Championship Tour (CT) event at Lower Trestles. The trials for the wildcard spot took place in the morning and into the afternoon at T-Street on Wednesday, July 20.

“The camaraderie at the beach was awesome. I feel super stoked I get to represent that group (of locals),” Gudauskas said. “I couldn’t believe how everyone was surfing.”

The trials were split into two separate contests, one composed of Hurley team riders, and one for local pros, each group competing for one wildcard spot into the Hurley Pro CT event.

On the local side, Gudauskas and his brother, Patrick, along with Ian Crane, Griffin Colapinto, Nate Yeomans and Evan Geiselman were some of the San Clemente surfers who competed for the local wildcard spot.

Hurley team rider, Brett Simpson, won the wildcard spot for his team and will compete with Gudauskas and other WSL CT surfers at the Hurley Pro.

Gudauskas holds the No. 18 rank in the WSL Qualifying Series (QS), and is also competing in the Men’s US Open of Surfing this week.

He said the Vans US Open of Surfing is the highest rated QS event.

“That’s why we’re up here, to give it our best effort, before and after, and I’m really hoping to do well,” he said.

Cole Houshmand of San Clemente had a strong start as he took first in both his heats in the Men’s Pro Junior Round 1 and Round 2. Houshmand won Round 2 by 3.40 points. Round 3 took place on July 28.

San Clemente locals Kei Kobayashi, Griffin and Crosby Colapinto and Kade Matson finished strong in their heats during Rounds 1 and 2 of the Men’s Pro Junior event. Kobayashi, Griffin Colapinto and Cole Houshmand made it through Round 2 and into the quarter-finals, which were scheduled to take place on July 28. Results were not available at press time.

“The waves were super fun, but I’m just trying to keep that No. 1 seed going,” Kobayashi said after placing second in his Round 2 heat on July 24. “It’s pretty awesome to see the whole San Clemente crew doing well, and we’re all supporting each other.”

Dane Gudauskas, Kevin Shulz, Kei Kobayashi and Ian Crane all competed in the US Open men’s QS Trials July 23-24, but did not advance into the main event.

US Open Junior Women’s started on July 27, with locals Izzi Gomez and Samantha Sibley competing, and the Men’s QS Round 2 and 3 continuing.

For the latest results go to http://www.vansusopenofsurfing.com/2016-surf/results