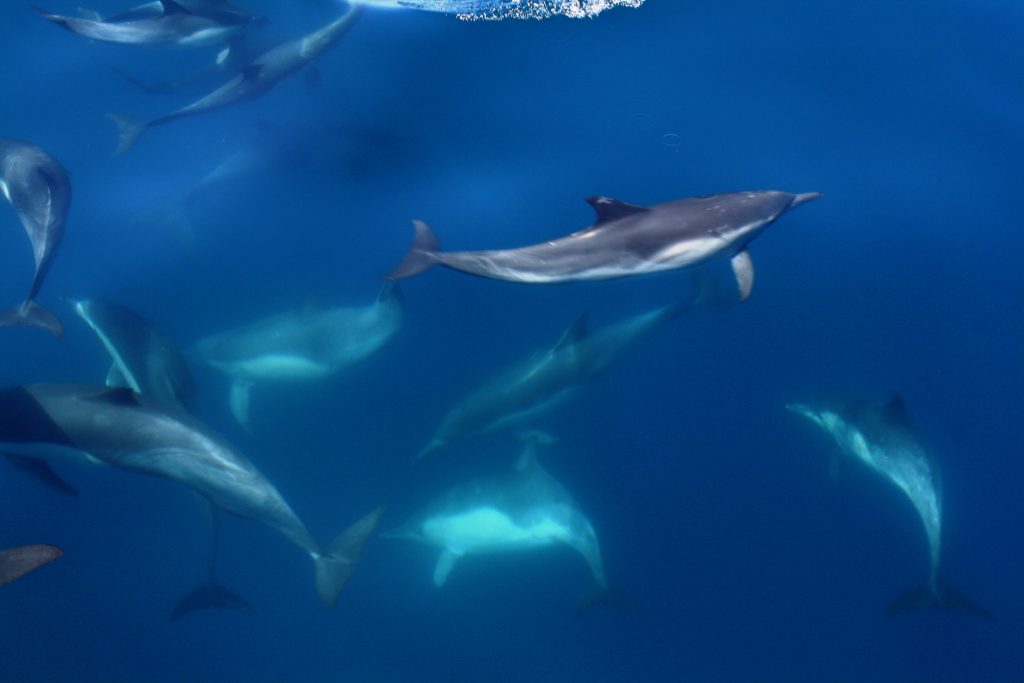 Standing on the stern of the 71-foot-long R/V Sea Explorer, Captain Mike Bursk launches into what he calls his “whale talk” for whale watching patrons aboard before setting off to sea from the Ocean Institute’s dock.

Bursk explained that the grey whales commonly seen along the coast of Dana Point remain relatively close to shore as they travel between their northern feeding grounds in the Artic to their mating grounds in the southern Baja peninsula.

A member of the public noted that this was not the most direct path, and asked what inspired the whales to migrate in such a pattern.

This spring, the Ocean Institute is taking a similar perspective as they unroll changes to their whale watching program.

“Why just watch whales, when you can know them,” Lawson said. “We are promoting ocean literacy, or a broad understanding of the ocean from multiple perspectives, through real-world experiences grounded in conservation and research. Our whale watching program is part of this effort.”

The Ocean Institute whale watching program is one part of their educational offerings that aim to develop an ocean literate public.

Patrons such as Julie Sharay, of Seattle, Washington, and her parents Linda and Dave watched wide-eyed as employees from the Ocean Institute performed tasks such as pulling live kelp for animals back at the Ocean Institute and analyzing plankton density on an on-deck lab.

Continuing to “stretch their minds” is what keeps Charlie and Penny Hohman volunteering at the Ocean Institute after more than 20 years. Each of the newly formatted eco-tour style whale watching trips through the Ocean Institute will feature numerous volunteers on board, all available for questioning and to share their experiences on board the Sea Explorer.

excursions such as these. Bursk holds multiple degrees in marine biology, a career as a charter boat captain and a plethora of groundbreaking research experience, including original grey whale behavior research in the warm lagoons off Baja, Mexico.

When asked about a favorite experience aboard the R/V Sea Explorer that continues to motivate and inspire them, both Bursk and Georgina Stone, a science tech at the Ocean Institute, shared an experience where a single Minke whale surfaced and gently touched the hull of the boat.

Without knowing that he was sharing the same experience as his Ocean Institute colleague, Bursk said that the new eco-tour oriented whale watching trips were just as much about the behavior as the quantity of whales spotted.

“Looking into the (Minke whale’s) eye was magical,” Stone said. “They are so ornery and can be somewhat evasive. I’ll never forget. It was like it thought we were its mother, and it was nuzzling alongside us.”

One picture may be worth a thousand words, but the Ocean Institute’s newly refined whale watching eco-tours suggest the waters off Dana Point hold volumes. Learn more at www.ocean-institute.org.