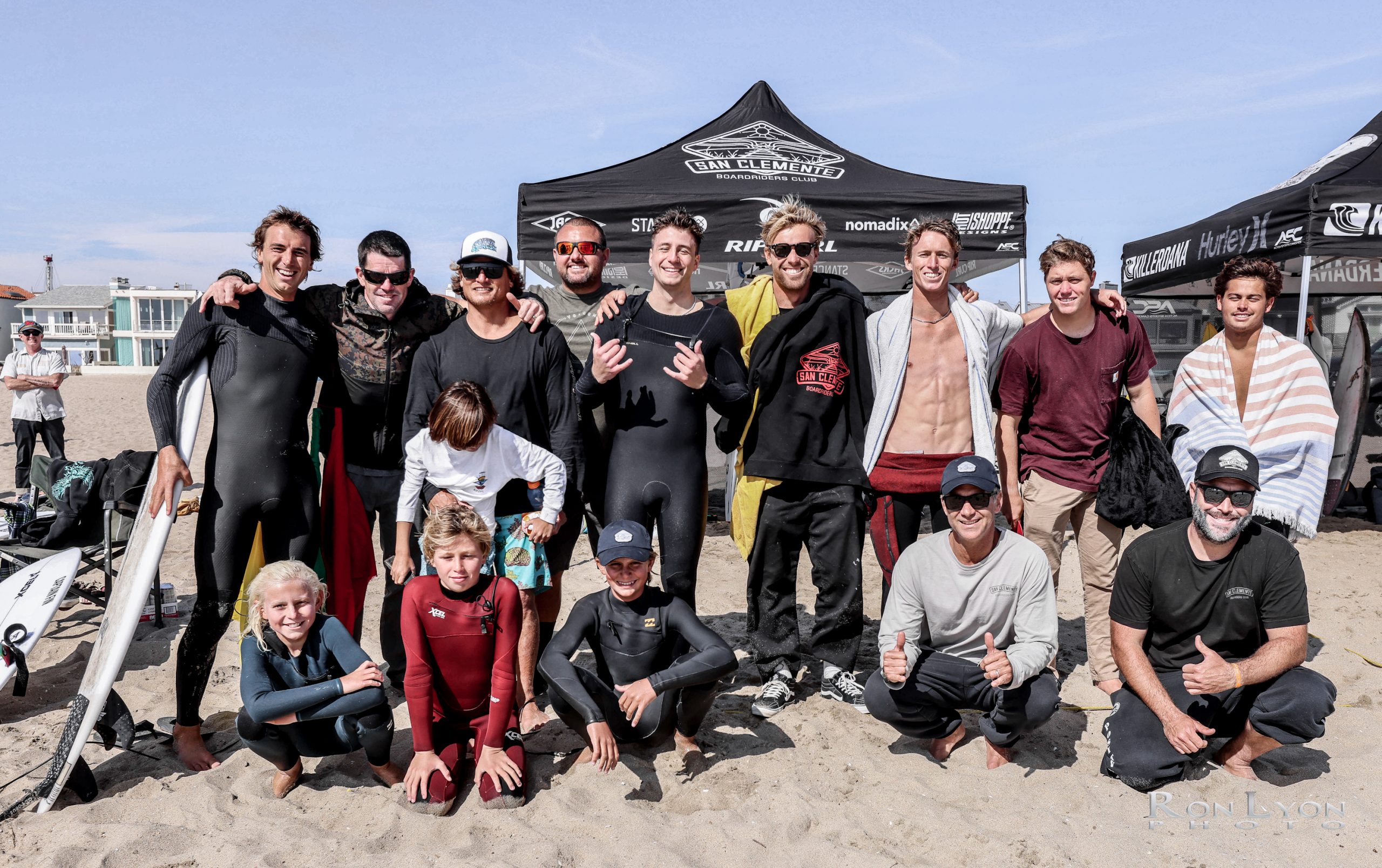 One Club to Rule Them All

The U.S. Board Riders National Championships are coming to Lower Trestles April 21-23

Heroes, legends, groms and pros—they’re all headed to Lowers for the first-ever U.S. Board Riders National Championships on April 21-23.

Years in the making, the event will feature Board Riders clubs from around the country squaring off at the most high-performance wave in the country. Presented by Quiksilver and A New Earth Project, it is an opportunity for generations of surfers to come together, stoke some friendly rivalries, crown a national champion and have a ton of fun.

Modeled after the Australian Board Riders club that has long served as the backbone for local surf communities throughout the country, this inaugural event in the U.S. is being hosted by the San Clemente Board Riders Club and will see teams arriving from the East and West Coasts.

“Everybody involved in this, all of these clubs, they’ve given everything they’ve got to make this a reality, and to see it coming to Lowers, it’s going to be incredible,” says San Clemente Board Riders Club President Benji Severson. “This really is the culmination of the vision of a lot of people.”

The event will kick off with the 2022 Wheat Cup Championship presented by Quiksilver and Sport of Kings—named after the late Casey Wheat, a founder of the West Coast Board Riders who died in May 2020.

The action gets underway on Thursday, April 21, with a qualifying round featuring clubs from Santa Barbara, Northern Los Angeles, Newport Beach, Carlsbad and Oceanside.

The winning club from the qualifiers will go on to the championship round, where they will battle hometown favorites San Clemente, Santa Cruz, Huntington Beach and Encinitas—all of which won regional qualifiers during the regular West Coast Board Riders season.

The top two teams will advance into the U.S. Board Riders National Championships on Saturday, April 23.

Already punching its ticket to the big dance from the East Coast is 7 Mile Island Board Riders from South New Jersey, and representing the Florida Board Riders will be the Space Coast Board Riders and New Smyrna Beach Board Riders.

Competing in seven different age-group divisions, from the Under 14s to the Over 50s and Open Women’s Division presented by Roxy, the U.S. Board Riders National Championships will see each club comprising 14 surfers.

Each surfer will be allowed to ride four waves in their heat, with their top two waves counting in their score line. There will also be one “double whammy” surfer per team per heat, meaning that if said surfer gets an epic ride, they’ll have the opportunity to double the score.

And for the seven West Coast Board Riders teams that didn’t make the cut and are not vying for a national title, there’s plenty of reason to smile. They’ll each get their own expression session between heats during the final day on April 23, which means a quick session at Lowers with nobody out—not a bad consolation prize.

“There’s so much excitement around all of this, the energy couldn’t be better,” says Don Meek, the board chair for the organization. “This has always been about uplifting local surf communities and bringing them all together. The future truly is local.”

The first West Coast Board Riders event was held in 2016 and featured a duel between Huntington Beach and Seal Beach. Over the years, more and more clubs on the West Coast started popping up, and most recently, the organization expanded to the East Coast, thus creating the national entity, U.S. Board Riders.

Stacked with talent, the San Clemente Board Riders have been a powerhouse since the early days, even going undefeated in 2018 to win the Wheat Cup. They look to be heavy favorites in their backyard, but when it comes to surfing, anything can and usually does happen.