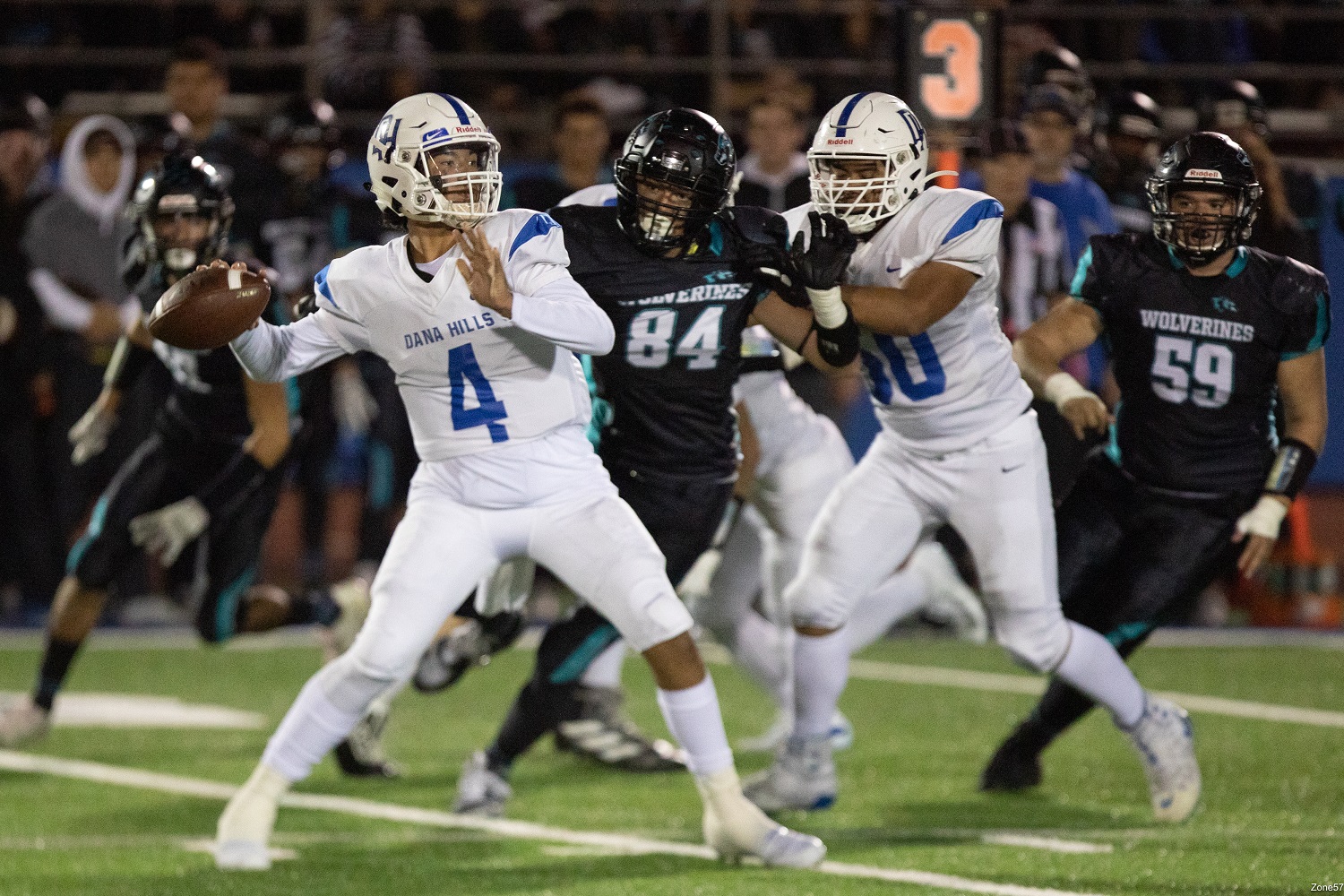 On the Outside: DH Football Playoff Miss Shows Inequity in CIF-SS System

The Dana Hills football season is officially over after a last gasp of hope for a playoff spot was stomped out on Sunday, Nov. 3.

Despite a historic 6-0 start with wins over two teams in the Division 12 playoff field, Dana Hills finished 0-4 in Sea View League play and without an automatic berth. The Dolphins made their application for a playoff berth, but with more than 16 automatic qualifiers in Division 12, Dana Hills was left without a spot to fill.

“It’s definitely disappointing,” Dana Hills coach Phil Skinner said. “We had a good strong start. My seniors this year definitely deserved to have a taste of the playoffs. That’s the goal, to be in position to make the playoffs.”

It’s a hard pill to swallow after Dana Hills’ best season since 2009, because if the Dolphins had been in just about any other division, they would have made the playoffs. It’s even tougher because of some eyebrow-raising at-large selections in other divisions.

Dana Hills had a better win-loss record than 26 of the 39 at-large selections. There were 17 at-large playoff teams with a sub-.500 record, including nine 3-7 teams, four 2-8 teams and one 1-9 team. Fellow Coast View Conference member El Toro was the 1-9 playoff qualifier and has drawn some ire locally.

The Chargers went winless in South Coast League play with a 31-point average margin of defeat in those league games, and El Toro’s lone win was by only three points over El Dorado of Las Vegas, which is 1-8 going into its season finale.

However, El Toro was one of six at-large selections in Division 4, which showcases a current inequity in the CIF-SS football playoff system. Division 4 has only 19 teams, but 16 teams make the bracket. It hasn’t been reported why the three teams that didn’t make the field (Paloma Valley, Charter Oak and Yucaipa), but all three had a better record than El Toro and still had a worse record than Dana Hills (4-6, 4-6 and 3-7, respectively).

In Division 12, there are 46 teams competing for 16 playoff spots, which is more than double the amount of teams in each of the top 10 divisions. In those upper divisions, there aren’t enough automatic qualifiers to fill out the bracket, so there were five at-large selections each in Divisions 3, 5 and 8 and six each in Divisions 4 and 9.

At the end, though, Skinner and the Dolphins know that, divisional inequity aside, their failure to win a game in league ended their playoff chances. As things broke down, Dana Hills would have needed to finish 9-1 and second in the Sea View League to make the playoffs, which would have been difficult punching up against Division 4 San Juan Hills, Division 8 Aliso Niguel and Trabuco Hills and Division 11 Laguna Hills, all of whom made the playoffs.

“That’s the way it was set up this year,” Skinner said. “It’s not there yet. We know we have an extraordinary amount of work ahead, but the kids have a taste of what’s going to need to happen. Just something to look forward to for us for next year (in the Pacific Coast League).”