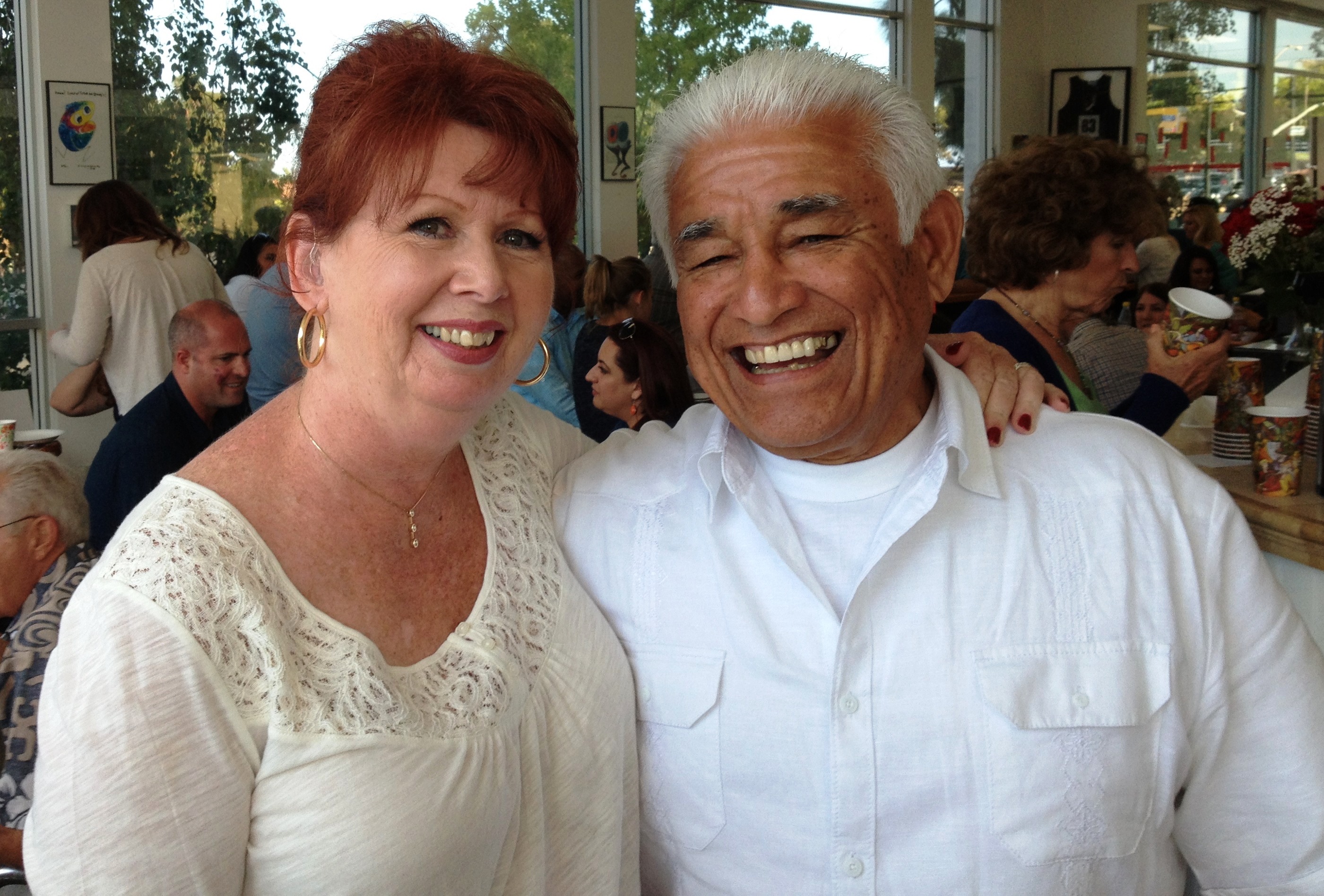 On Life and Love After 50: To Marry or Not to Marry That’s the Dilemma

Older singles grapple with the marriage versus living together debate

The 2000 census revealed that approximately 1.2 million people age 50 and older lived together without being married. In the 2010 census that number increased to 2.8 million.

Many older couples I meet tell me they don’t plan on getting married. Leading to the question, is tying the knot a thing of the past for older couples?

For many, yes. But not for all.

On May 10, Dana Point residents Manny Jurado, 73, and his girlfriend, Rebecca Fischer, 55, boarded the historic tall ship, Spirit of Dana Point, and headed out to sea to get married. Fifty-one guests and friends joined them.

Manny and Rebecca had their wedding reception at Tutor and Spunky’s, my Dana Point deli. A couple of weeks before, while planning the menu with them, I asked: “After cohabitating for eight years, why did you decide to get married?”

Manny, a volunteer with Dana Point Police Services, explained: “As a part of my police volunteer training, I had to spend time last fall at the Coroner’s office, better known as the morgue. I found out that authorities, in checking for a next of kin when someone dies, do not consider contacting a girlfriend or boyfriend—they aren’t even on the list. Authorities will track down a distant relative as far away as New York City, for example, but won’t consider notifying a domestic partner.”

Manny continued, “Rebecca is the most important person in my life. When I heard that she doesn’t count in the person being notified if I pass away, I felt terrible.”

In December, Manny’s daughter asked him what he was getting Rebecca for Christmas. He hadn’t decided. His birthday is on December 20 and Rebecca’s is on December 26 so it’s kind of a gift-giving dilemma with Christmas tossed right in between those dates.

His daughter said, “I know something she wants.”

“An engagement ring,” his daughter replied.

At midnight, on the cusp between December 25 and December 26, just seconds before her birthday, Manny proposed to Rebecca and presented the ring.

Manny met Rebecca eight years ago when she came into his bicycle shop in Hacienda Heights to buy her grandson a bike. Their first date was April 26, 2006.

Rebecca said, “Getting married will not change our emotional attachment to each other. It will just make some legal things easier.”

Manny and Rebecca said that getting married on the tall ship was a unique and enjoyable experience. They said the crew could not have been nicer and more accommodating. The ship can be booked for special events through the Ocean Institute 949.496.2274. More information is on the Ocean Institute website: www.ocean-institute.org.

The wedding reception was scheduled at the deli for 6 p.m. But, the seas got rough and a few guests were feeling queasy. So, after the ceremony, Manny and Rebecca decided to have the ship return to port sooner than planned.

When Manny called the deli at 4:15 p.m. to say they had returned to the Ocean Institute and asked if it would it be OK if guests came to the deli an hour and 20 minutes early, I about died. We had barely begun setting up for the reception. But Rosa and Teresa, my employees of 26 years, got appetizers put together in a hurry and the beer and wine was ready to go. Somehow, we made it all happen.

One can’t help but wonder if the Manny-Rebecca story will inspire other older singles who have lived together for years but haven’t married to rethink their status. And to get married on the Spirit of Dana Point? Hmm.

For more stories visit, www.findingloveafter60.com and to comment, email Tom at tompblake@gmail.com.

In an effort to provide our readers with a wide variety of opinions from our community, the SC Times provides Guest Opinion opportunities in which selected columnists’ opinions are shared. The opinions expressed in these columns are entirely those of the columnist alone and do not reflect those of the SC Times or Picket Fence Media. If you would like to respond to this column, please email us at editorial@sanclementetimes.com.