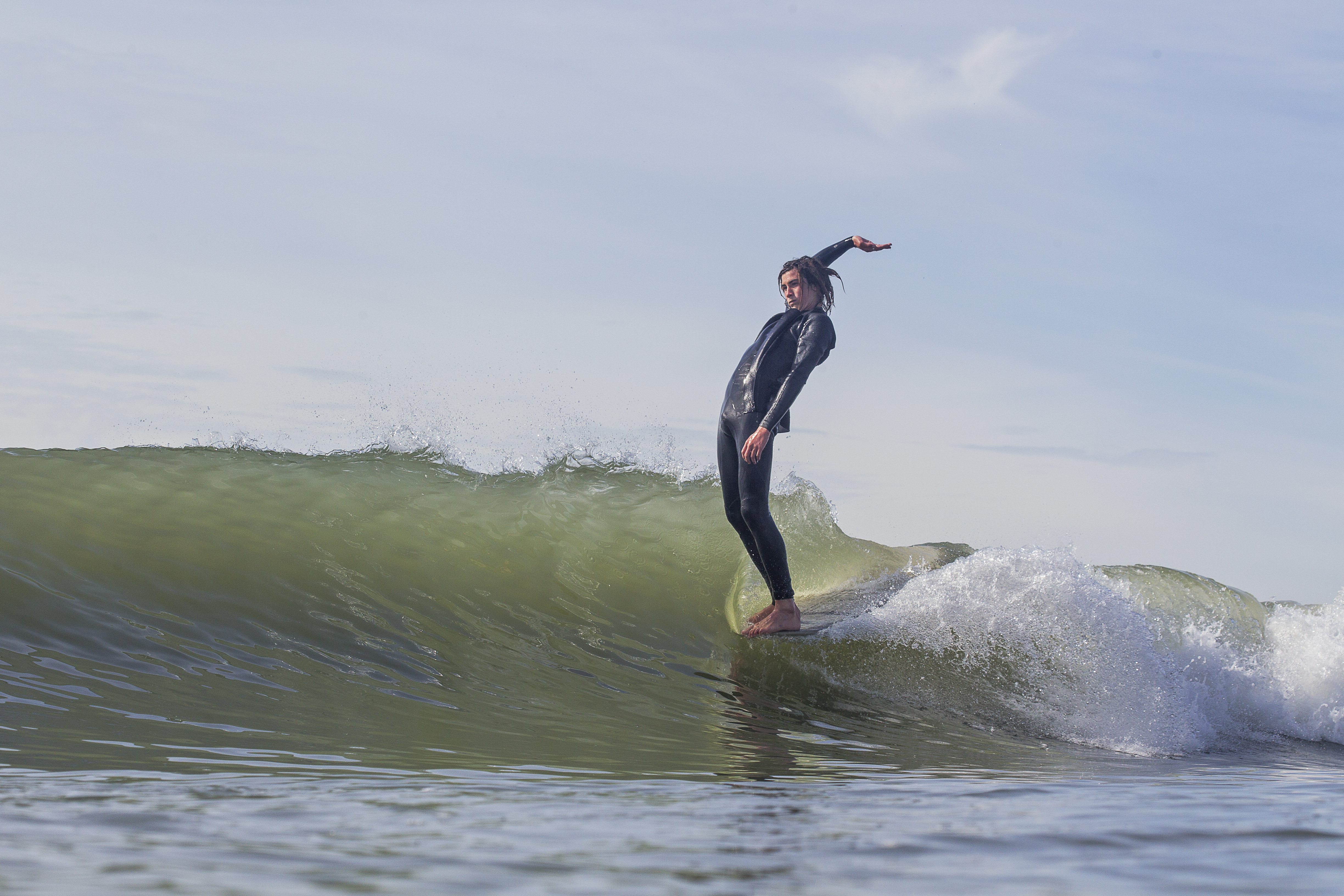 Spend enough time in the parking lot at San Onofre and you’ll probably notice a crew of young, hip, stylish surfers lurking somewhere around The Point or Four Doors. Perhaps they’re still too spry to venture all the way down to Old Man’s. Waiting for the tide and wind to sync up, they lounge around in their rusted out Ecoline and Volkswagen vans. Contrasting this soul scene, less than a mile up the road, is the hotbed of high-performance talent that is Lowers. Sponsored professionals huck airs in hopes of having their photo taken.

This new San O crew is not that. Harkening back to a time when surfers took more pride in the salt on their boards than the stickers, Miki Dora, not Kelly Slater, stands as their savior.

“The competitive part of it all is a whole different ballgame, a whole different camp from what I am involved in. I don’t want to think about it. It destroys the whole purpose of riding waves. I don’t like noises, I don’t like crowds, I don’t like bullhorns going off, and people giving me orders how to ride, how to do certain maneuvers,” famously said the late Dora, who built a career and a reputation as surfing’s preeminent rebel, hustler and sometimes-con man. “I’m a freak of nature and don’t fit in with anybody.”

Enter, 18-year-old River Covey. Born in San Diego, he moved to Dana Point when he was 11, and these days calls Capistrano Beach home. Like Dora, he’s got style for days and a penchant for taking the alternative path. When his classmates were psyching on Kolohe Andino at T-Street, he was cross-stepping down at San O.

“I had always been around the ocean and found inspiration in watermen like surfers, fishermen, lifeguards,” said Covey about his start in the game.

When it comes to his favorite surfers, he’s more traditionalist than a fantasy surfer fan.
“Butch Van Artsdalen, Phil Edwards, Lance Carson, Miki Dora, David Nuuhiwa and so many more,” he rattles off, sounding more like an old editor of SURFER Magazine back in 1968 than an 18-year-old kid with nearly 40,000 Instagram followers. “The new age of longboarding is incredible to watch grow. The guys like Nick Melanson, Kyle Perez, Andy Nieblas, Noah and Ben Cardoza, and also the girls, like Makala Smith, Hallie Rohr and Karina Rozunko, have been ripping as hard if not harder than the guys…and the whole jetty crew.”

This “new age of longboarding” sprouted up as a result of millennials looking for something different in surfing while the industry bottomed out in 2008. It’s a more back-to-basics perspective that celebrates the culture rather than the sport of surfing. With the World Surf League turning surfers into “athletes” and all the hype surrounding its acceptance into the 2020 Olympic Games in Tokyo, it’s little wonder a segment of the wave-riding populous turned back to the counterculture to lead them forward.

“I recently traveled to Australia’s East Coast (and) Mainland Mexico in the last year, as well as a bunch of small trips up and down the coast to Baja and northward,” said Covey of the places surfing’s already taken him.

When asked about his preferred type of wave, he doesn’t discriminate.

“Anywhere that’s breaking, I feel like it’s important to be grateful to surf no matter the conditions,” he said.

And although a lot of up-and-coming kids around Orange County are looking to cash in on the Sport of Kings and make a pile of money doing something as trivial as surfing, Covey’s rolling with a different set of priorities. When pressed about what he wants out of it, he’s matter-of-fact, “Long healthy life with many good times.”

More than 100 years ago, famed American writer Jack London posted up in Waikiki, Hawaii. Between flurries at the typewriter and forays into local watering holes, London also learned to surf. The former San Francisco Bay oyster pirate was immediately enthralled. After a few beatings in the whitewater and being humbled by the Hawaiians’ natural adeptness in the surf, London clamored back to his writing desk.

“Go strip off your clothes that are a nuisance in this mellow clime. Get in and wrestle with the sea; wing your heels with the skill and power that resides in you,” London wrote. “Hit the sea’s breakers, master them, and ride upon their backs as a king should.”

It’s good to know that while the times may change, some of surfing’s finer traits remain the same.