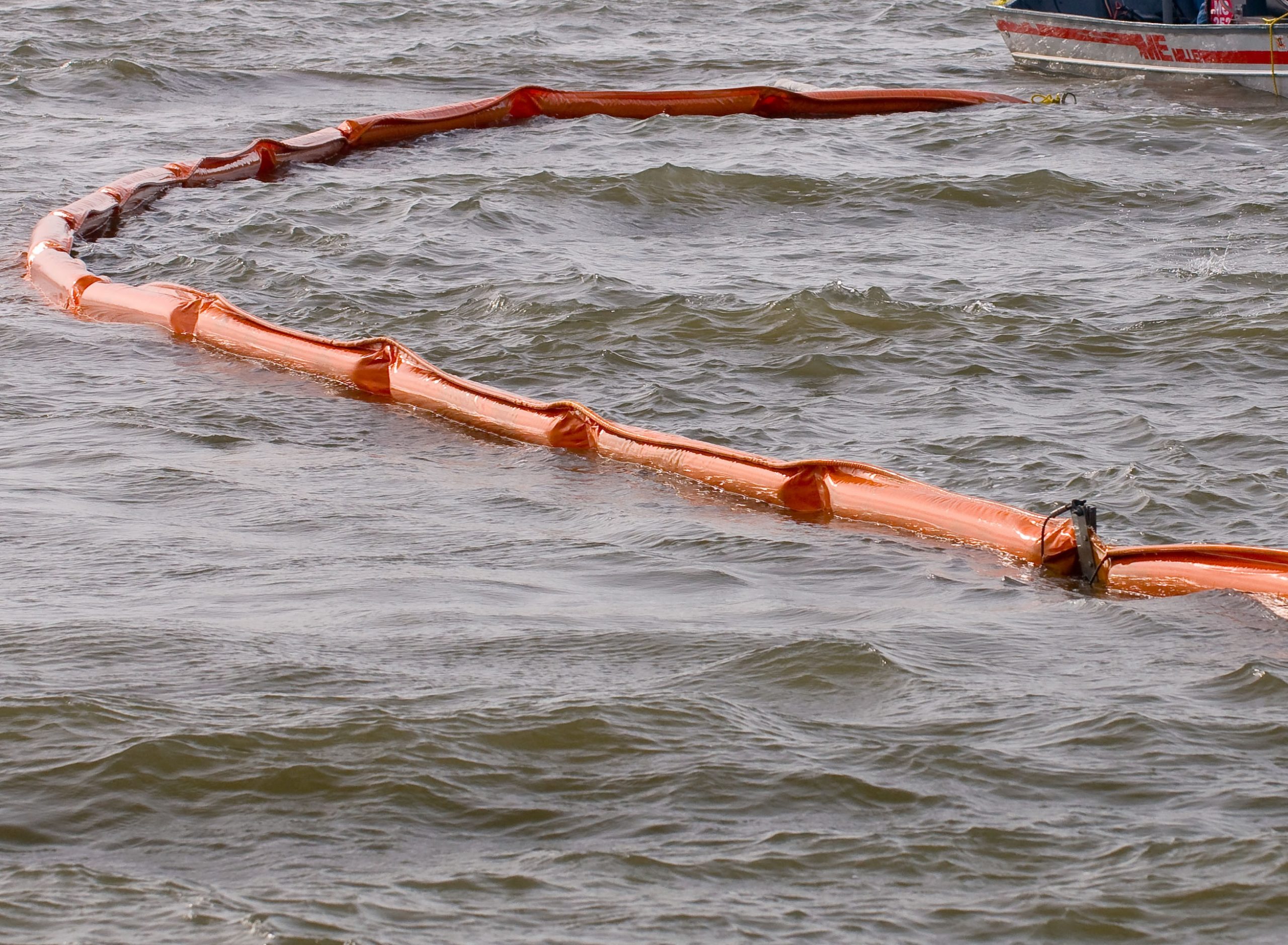 OC Oil Spill Update: Recommendation to Stay Out of Water if Oil Present

An estimated 126,000 gallons of heavy crude oil leaked into the waters off Orange County on Saturday, October 2, 2021, prompting several beaches to close while crews continued throughout the week to clean up the contaminated areas where fish and coastal wildlife were being threatened.

The U.S. Coast Guard, with the help of federal, state, county and city agencies, has been spearheading the cleanup response and tracking the movement of the oil as it encroaches on Orange County’s coastline.

As of Thursday, Oct. 7, the beaches in Dana Point and San Clemente have remained untouched, with officials announcing that there have been no reports of oil deposits found on either of the cities’ shores.

“This morning, the (Shoreline Cleanup and Assessment Team) walked our beaches, every mile of them, and have surveyed our shoreline and waterline, and found no evidence of oil on San Clemente shores,” Samantha Wylie, the head of San Clemente’s parks department, said during a city council meeting on Tuesday night.

“That means our beaches remain open; they are some of the only beaches and waters open in the area,” she continued, later noting that while the San Clemente Pier remains open for anglers, “fishing is closed, fisheries are closed, just two miles north of our pier.”

Dana Point officials told Dana Point Times that boaters have reported oil sightings roughly two miles offshore, but on Tuesday, October 5, crews had not identified any oil deposits or oil plume in the water near town.

“We do expect to see some deposits onshore; we just don’t know the extent of it. We’re monitoring it regularly,” Dana Point City Manager Mike Killebrew said during a council meeting on Tuesday night.

SCAT crews walked Dana Point’s shoreline as well, to assess any potential threats from the spill.

Wylie, San Clemente’s representative at the unified command center in Long Beach, said Tuesday that mapping of the oil’s movement in the ocean shows it “to be pretty static.”

“It appears from the mapping, it’s somewhat in the Dana Point area, not necessarily in their beaches, but moving into their waters, if you will,” she said, before emphasizing that “it’s pretty difficult to say how it’s moving or where it’s going.”

Unified command comprises the Coast Guard, the California Department of Fish and Wildlife’s Office of Spill Prevention and Response, and the Houston-based Amplify Energy Corp.

The massive spill, which was initially reported on Saturday morning, Oct. 2, and has since stopped seeping, originated from an underwater pipeline between the Port of Long Beach and an offshore oil platform that Amplify Energy operates.

Though the cause of the spill that’s spread across nearly 16 miles of shoreline remains under investigation, divers sent down to identify the source of the leak earlier this week found new evidence to suggest that a ship’s anchor might be responsible.

According to unified command, diver reports and footage from remotely operated vehicles showed that a 4,000-foot portion of the 17.7-mile-long pipeline had been displaced 105 feet away and was split open, with a 13-inch gash.

“The pipeline has essentially been pulled like a bow string,” Amplify CEO Martyn Willsher said in a KTLA news report. “At its widest point, it is 105 feet (32 meters) away from where it was.”

An anonymous source told Los Angeles Times that the Coast Guard is looking at whether an anchor from a commercial ship dragged the pipeline across the ocean floor.

According to news outlets, oil gushed into the Catalina Channel, creating a slick that spanned about 8,320 acres. The spill has left oil along long stretches of sand in Newport Beach, Laguna Beach and Huntington Beach, killing fish and birds and threatening ecologically sensitive wetlands in what officials are calling an environmental catastrophe.

Crews have continued to work to limit environmental damage from one of the largest oil spills in recent California history. The oil has tainted the sands of Huntington Beach and could keep the beaches there closed for weeks or more.

“We’ve more than doubled the level of effort just since yesterday, and those numbers will go up,” Rebecca Ore of the U.S. Coast Guard said of the cleanup efforts during a press conference on Monday.

Noting that the spill has stretched from Huntington Beach to Laguna Beach, Ore said shoreline assessment teams are walking the beaches to examine sensitive coastal areas.

According to unified command, as of Thursday, October 7, more than 5,500 gallons of crude oil had been recovered and six miles of shoreline had been cleaned. To contain the oil, 11,360 feet of technical booms have been deployed, creating barriers and isolating impacted areas.

As for wildlife, 24 oiled birds have been recovered—19 alive, five dead.

Since the spill, several of Orange County’s coastal cities have had to close their beaches, including Huntington Beach, which shut down its ocean and shoreline from the Santa Ana River Jetty to Seapoint Street. Laguna Beach has also closed its beaches.

Dana Point Harbor announced the closure to vessel traffic, which prevents boats from being permitted to enter or exit the harbor. Technical booms in the harbor have been put in place to protect the inner harbor from any oil intrusion from the outer breakwater.

Dana Cove and Baby Beach are also closed to swimmers, in addition to Salt Creek Beach and Strands Beach. Capistrano Beach and Poche Beach remain closed due to construction.

On Thursday, beach closures were lifted and visitors are recommended to stay out of the water if oil is present at Salt Creek Beach, Strands Beach, Baby Beach, Monarch Beach and Dana Cove. Doheny State Beach is open. Dana Point Harbor remained closed, not allowing boaters to enter or exit.

Elected officials have been responding to the spill, as Rep. Michelle Steel (CA-48) on Sunday afternoon provided an update from her aerial tour of the damage and the Major Disaster Declaration request that she had sent to President Joe Biden.

“This oil spill is devastating for our community, and I am working hard to get Orange County the resources we need to clean up and keep our coastline safe. I’m thankful to the Coast Guard and local leaders who have been working around the clock to contain the spill. We are working together to keep our community safe,” Steel said.

A Major Disaster Declaration makes additional federal assistance available for state and local agencies working to respond to a natural disaster, as well as individuals and households impacted.

Rep. Mike Levin, who represents cities including Dana Point, San Clemente and San Juan Capistrano within the 49th Congressional District, took a Coast Guard flight to survey the oil spill, as well as a boat tour of the impacted areas this week.

“In this situation, we have a pipeline that we think is 40 years old, and reporting suggests there may have been an anchor that hit the pipeline, but that is preliminary,” Levin said following the tours in which he could see the spread.

“I think this is evidence to me that there is no such thing as truly safe offshore drilling,” Levin added.