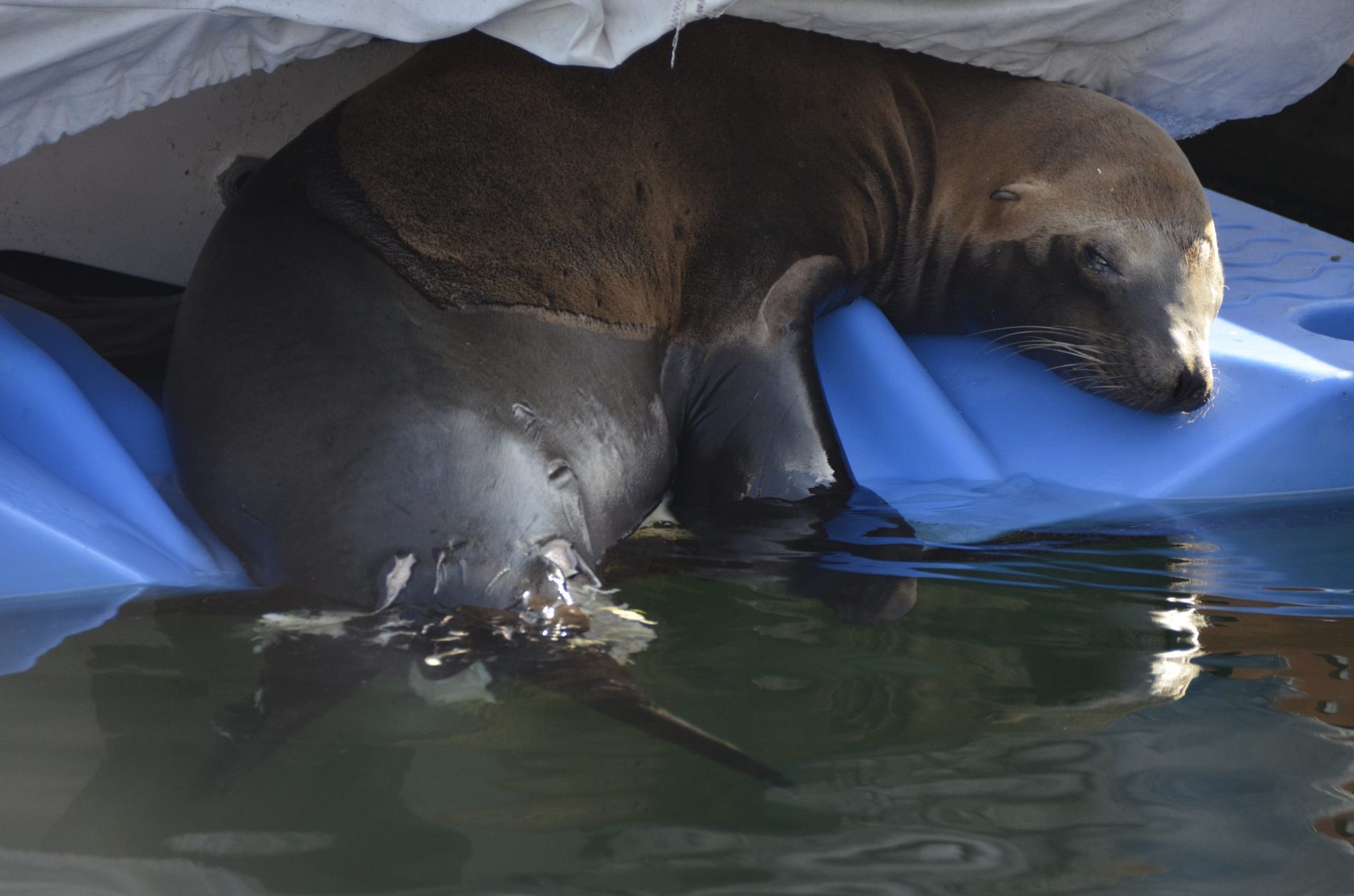 An injured California Sea Lion has been spotted in the Dana Point Harbor. Officials have been attempting to rescue the animal. Photo: Courtesy of PMMC

An injured California Sea Lion has been spotted in the Dana Point Harbor. Officials have been attempting to rescue the animal. Photo: Courtesy of PMMC

*Update at 9 a.m. on Thursday, Sept. 7: The Pacific Marine Mammal Center successfully rescued the male California sea lion. Officials say due to the injuries, the animal had to be humanely euthanized.

*Update at 2:19 p.m. on Wednesday, Sept. 6.: The sea lion was rescued but officials say it’s too early for further information.

Officials rescued an injured sea lion that was recently spotted numerous times in the Dana Point Harbor on Wednesday, Sept. 6.

Although the rescue was successful, Pacific Marine Mammal Center (PMMC) officials said the male California sea lion suffered from severe injuries to his hind quarters and had to be humanely euthanized due to the severity of the injuries.

Officials said the sea lion was 3-4 years old and was approximately 100 pounds underweight.

The PMMC said they were notified on Thursday, Aug. 31 of an injured California sea lion in the Harbor and made several attempts to rescue it for several days.

“The animal was reported to have injuries to its hind quarters near its hip/flipper area,” said Krysta Higuchi, events and public relations coordinator. “PMMC deployed an experienced rescue team, along with PMMC’s Veterinarian Dr. Barnett, to assess the animal.”

Officials said the animal was found floating near a dock, where upon closer assessment rescuers said it appeared to have a type of netting or line wrapped around its wounded section.

“With the animal in the water, it was difficult to determine what had caused the initial wound,” Higuchi said. “However, it was clear the animal was in need of rescue and medical attention.”

As of press time, officials said the initial cause of the injury was unclear, but several reports from the public and rescue teams and photos showed a green mono-filament line may have been the cause.

“PMMC believes that the entanglement inhibited his mobility such that he could not evade predators,” the release stated. “There are indicators that the sea lion was attacked by a shark which contributed to the grave injuries.”