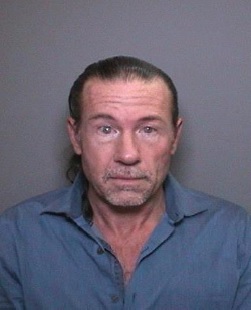 Case was arrested at approximately 8:30 p.m. on Tuesday, Jan. 23, 2018, in Dana Point at astorage facility in Dana Point. He subsequently was booked into Orange County jail.

Case is accused of going into several local businesses in Orange, Riverside, and San Bernardino counties and
convincing the merchants to use a forced sale method on their Point of Sale (POS) terminal to complete the
sale transactions. Forced sale fraud refers to a scam in which the suspect uses a counterfeit/invalid/dormant
credit card and bypasses typical authorizations by having the merchants “force” the transactions through their
POS terminals.

The current reported overall loss is approximately $1 million. These losses occurred over a period of nine
months, and it is believed the actual amount of fraudulent transactions may be in excess of $3 million.

Anyone who has been a victim of Daniel Case or knows the whereabouts of the stolen merchandise is
encouraged to contact the Orange County Sheriff’s Department at 714.647.7486. Anonymous tips may also be
submitted to Orange County Crime Stoppers at 855.TIP.OCCS.